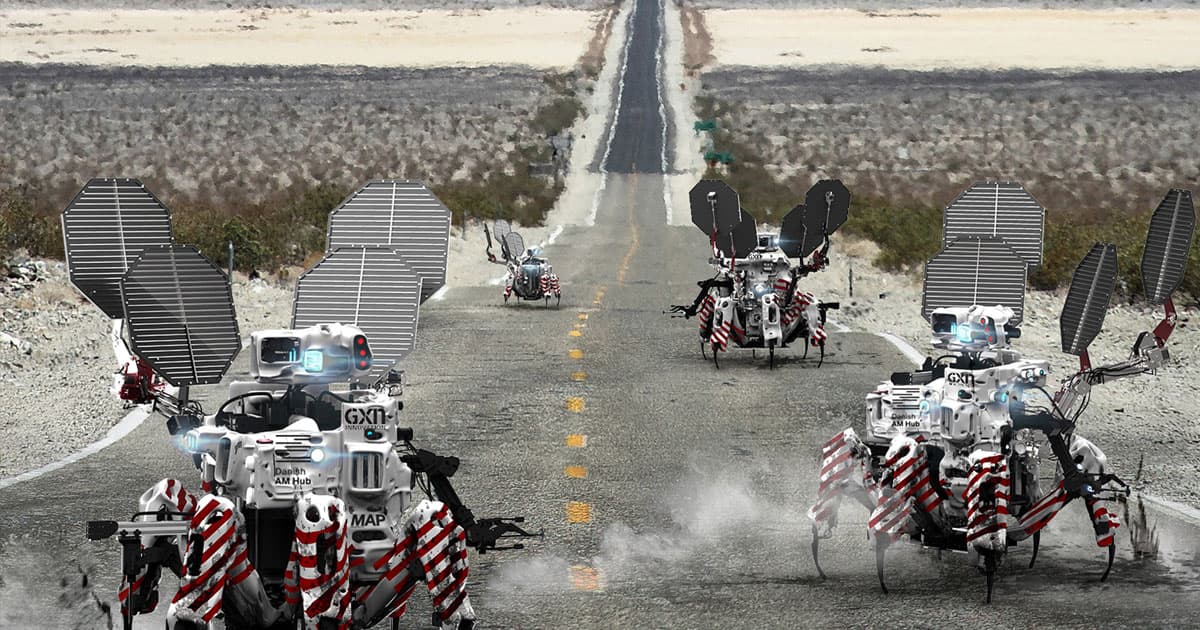 Designers Want to Give 3D Printers Legs, Let Them Wander the Earth

The Break the Grid initiative has a plan for repairing the environment: give 3D printers the ability to autonomously navigate the world around them.

To that end, the three Danish companies behind the initiative — GXN Innovation, The Danish AM Hub, and Map Architects — teamed up to imagine what mobile 3D printers might look like, transforming the devices into bizarre-looking robots that can crawl, swim, and even fly.

The group designed each of its three robots to serve a specific purpose.

While these are currently just designs, GXN Founder Kasper Jensen believes there's an argument to be made for sending 3D printers out into the world.

"Freeing 3D printers to meet these challenges could be a revolution in the making," Jensen said in a press release. "By enabling robots to crawl, swim, and fly, we can address pressing environmental threats around the world at lower cost and with greater efficiency."

More on 3D printing: Here’s What Life Will Be Like With 3D Printers That Can Create Anything