WHO "Concerned" Over Skyrocketing Monkeypox Cases

More frightening news from the frontline of a Hot Zone Summer. 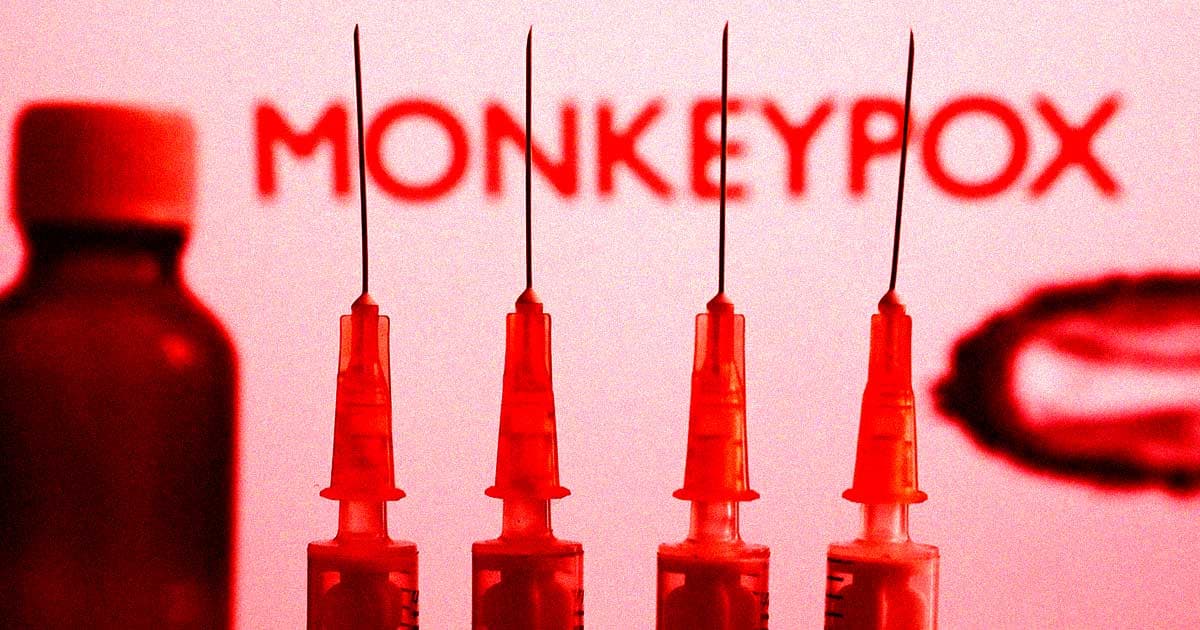 It's looking more and more like, above all, a Hot Zone Summer: On Thursday, the World Health Organization reported the number of confirmed monkeypox cases to be skyrocketing — to the tune of a whopping 77 percent increase week-over-week worldwide, CNBC reports.

There are now over 7,000 cases of the mysterious disease, spanning 60 countries — while the world continues reeling from a resurgence of COVID-19 cases. While monkeypox has been circulating in parts of Africa for decades, outbreaks across much of the rest of the globe are causing officials to ring the alarm bells.

In an official statement this week, WHO Director-General Tedros Adhanom Ghebreyesus said that he continues to be "concerned by the scale and spread of the virus." Over 80 percent of these cases were observed in Europe, making it the epicenter of the new outbreaks.

And the number of actual cases might be even worse than what we know. "Testing remains a challenge and it’s highly probable that there are a significant number of cases not being picked up," said Adhanom Ghebreyesus.

The symptoms of the disease include fever, body aches, fatigues, and itchy lesions that can spread over the body. Fortunately, there's already a tested, proven, and manufactured vaccine to protect against monkeypox, with US president Joe Biden announcing last week that his administration will make the vaccine broadly available.

READ MORE: Monkeypox cases rise 77% in a week, WHO reports: "Concerned by the scale and spread of the virus" [CBS]