The "six-foot rule" for the coronavirus is based on science from the 1930s. 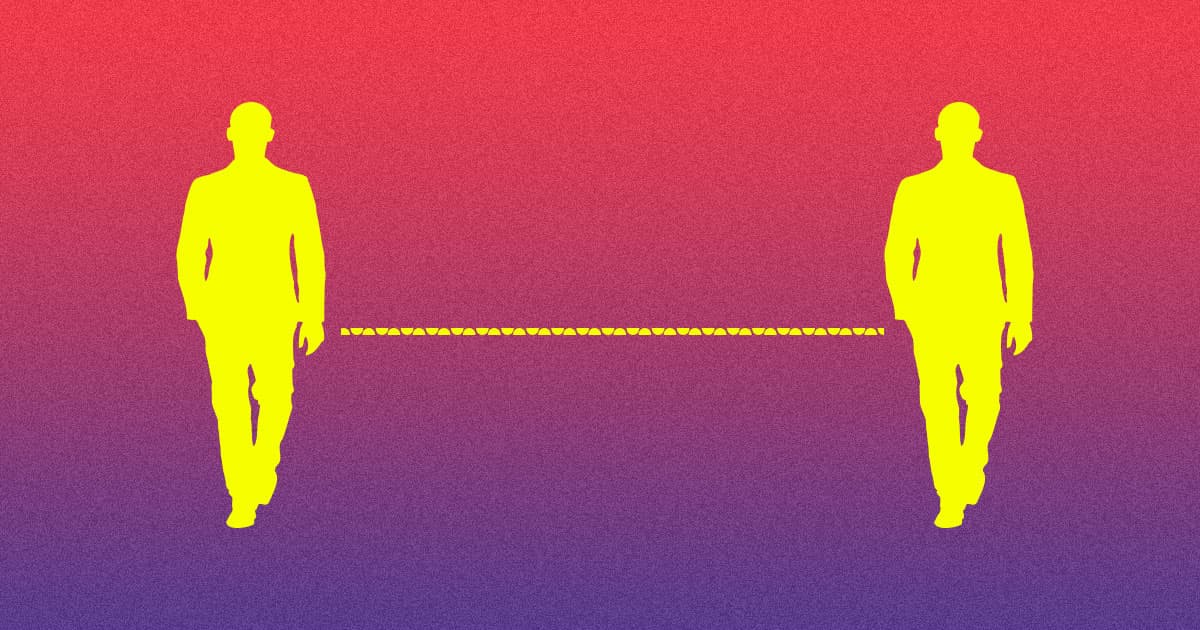 By now, "stay six feet away from others" is practically a mantra for people trying to stay healthy during the coronavirus pandemic. It's been widely accepted as a healthy, science-backed way to slow the spread of the coronavirus as much as possible.

"If it were possible to wave a magic wand and make all Americans freeze in place for 14 days while sitting six feet apart, epidemiologists say," The New York Times wrote last month, "the whole epidemic would sputter to a halt."

But while physically distancing ourselves from others is a crucial part of slowing the virus, six feet may not be far enough, MIT disease transmission researcher Lydia Bourouiba argued in the journal JAMA last week. In fact, the science that the six-foot rule is based on came out nearly 90 years ago.

It goes without saying that our understanding of disease transmission has progressed a great deal since then — but public health guidelines have lagged behind to a terrifying extent.

"Although such social distancing strategies are critical in the current time of pandemic," Bourouiba wrote, "it may seem surprising that the current understanding of the routes of host-to-host transmission in respiratory infectious diseases are predicated on a model of disease transmission developed in the 1930s that, by modern standards, seems overly simplified."

There are two main problems that Bourouiba's research — which investigates the fluid dynamics of people coughing and sneezing — has uncovered with the existing guidelines. The first problem, The Boston Globe reports, is that people can expel viruses through regular exhalations. They don't need to have sneezed to be spreading the pandemic.

The second is that the virus can be spread through gas clouds people expel when they cough or sneeze, not just the visible droplets that the six-foot rule seeks to avoid. And those gas clouds can send a virus as far as 27 feet under optimal conditions.

"When possible, if it's a confined space, then maintaining larger distances would be wise," Bourouiba told the Globe.

READ MORE: Six-foot rule to protect against coronavirus may not be enough, MIT professor says [The Boston Globe]

More on COVID-19: The WHO Wants You To Ditch the Phrase "Social Distancing"