Let's stop shaming runners and cyclists for not wearing masks. 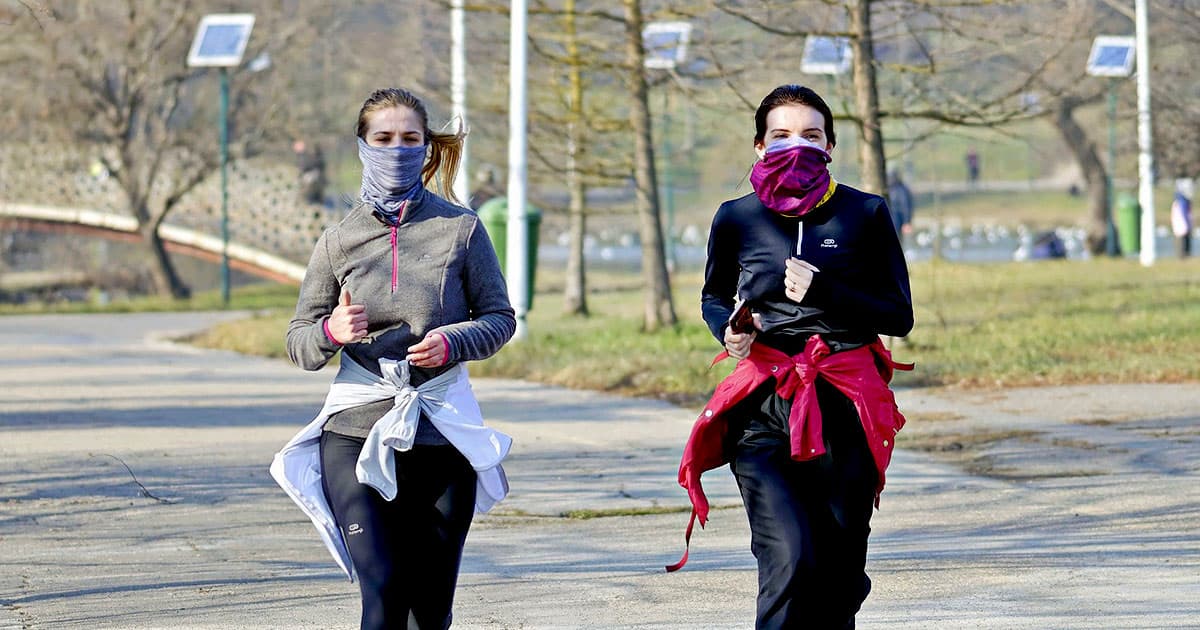 Image by MirceaIancu via Pixabay
Developments

Amidst a global pandemic, it's becoming increasingly difficult to sort the safe from the risky. Should we wear masks outdoors? What happens when a cyclist or runner passes by while not wearing one?

That's why University of Massachusetts Dartmouth associate professor of biology Erin Bromage decided to start a blog about how to keep safe — and his latest post is going viral because it confronts difficult and common questions.

"A big part of me writing these posts is just to give some tangible advice to friends, family, about what risks they should really be worrying about and wasting mental energy on," Bromage told CNN.

In the post, Bromage outlines how breathing, talking, and sneezing can release surprisingly different amounts of droplets and aerosols into the air that could potentially carry the infectious virus.

According to Bergman, sneezing emits the most particles, followed by talking loudly.

"The more force by which a sound leaves your mouth, the more respiratory particles are emitted, and they travel a further distance," Bergman told CNN.

Fewer droplets release through nose-breathing as they tend to fall to the ground quickly, Bergman notes in his blog post.

With the help of a bit of a back-of-the-envelope math — it's important to note that Bergman or the rest of the medical community doesn't have all the answers and many gaps remain in our knowledge about the virus — Bergman suggests that "it would take [about five] minutes of speaking face-to-face to receive the required dose."

His advice as to what to do in the outdoors echoes numerous health guidelines. If you can't maintain social distancing, consider wearing a mask.

If you're outdoors mostly by yourself, though, he says you have little to worry about.

"If you are sitting in a well ventilated space, with few people, the risk is low," Bergman wrote.

"If I am outside, and I walk past someone, remember it is 'dose and time' needed for infection," he added, referring to the amount of particles being emitted over a period of time.

"You would have to be in their airstream for [over five] minutes for a chance of infection," he wrote. "While joggers may be releasing more virus due to deep breathing, remember the exposure time is also less due to their speed."

If you are passing people close by on, say, a forest trail, consider a neck sleeve or T-shirt mask to pull up temporarily, Bergman told CNN.

But that doesn't mean we should forget about social distancing, personal hygiene, and other common sense ways to protect ourselves and others from infection.

READ MORE: The biologist whose advice went viral tells us what to do next [CNN]

Image by MirceaIancu via Pixabay