The implications could be huge. 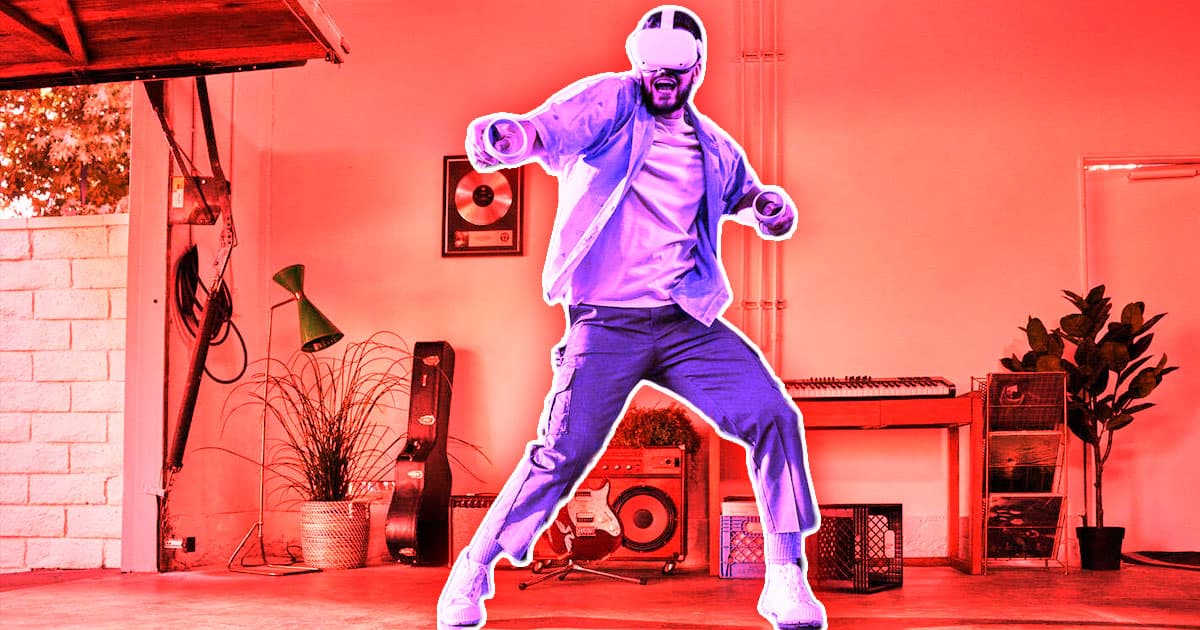 Facebook's iteration of the metaverse may now be set to get a lot less glitchy — and perhaps accumulate even more privacy concerns.

As Business Insider reports, Facebook — which is calling itself Meta now — has in recent months been granted a bevy of virtual reality patents, including a system that would track a user's entire body in the metaverse, even while experts worry that the company hasn't bothered to integrate privacy protocols into its proposed tech.

There's one important caveat: as with all patents, these filings are less indicative of what Facebook will actually build out and more about directions the company is exploring on a research and development level.

By now, even the most dyed-in-the-wool metaverse stan knows to temper expectations given how disappointing the reality of this new virtual world has been thus far. Nevertheless, some of these patents could result in some really cool tech: gloves that simulate touch, "acoustic sensing" that makes objects give off sound, and the ability to "feel" togetherness at concerts and other experiences with friends and loved ones who are geographically distant.

Some of the other aspects of the patents, Insider reports via its close reading of the filings, are less awesome: lots of built-in advertising, but very little about privacy or what will become of the inordinate amount of data that will be collected.

"We think these companies have data access now — no," Georgetown Professor Jeanine Turner told Insider when Facebooks' metaverse was first announced. "It's mind blowing what they will have."

Owen Vaughan, the director of research at the data security firm nChain, noted that because "your data is their product," Facebook's metaverse "opens up a lot more risk in terms of privacy and security."

He told the website that the tech giant should be integrating privacy directly into its VR tech while it's in development, because it may be "impossible" to do so later.

"It's very concerning that security and privacy [are] not there in the patents," Vaughan told Insider.

Concerning is one word to describe the potential for privacy abuse in the metaverse. "Terrifying" and "not surprising" are three others.

Read This Next
Lakitu Style
Living in "Third Person View" With VR and a Backpack-Mounted Camera
Futurism
Intel Announces Deal to Bring Virtual Reality Tech to the Olympics
Futurism
Facebook Finally Released Details on Their Top Secret Brain-Computer Interface
Futurism
We'll Have "Minority Report" Human-Computer Interactions in 5 Years
More on Enhanced Humans
Body Builder
Monday on the byte
Scientists Show Off "Wearable Muscles" You Can Strap on to Get Way Stronger
Jiankui Watch
Apr 4 on the byte
Scientist Who Genetically Modified Human Babies Released From Prison
Meta Taxes
Mar 2 on the byte
Uh Oh: The Metaverse Is Already Being Slammed by Sales Tax
READ MORE STORIES ABOUT / Enhanced Humans
Keep up.
Subscribe to our daily newsletter to keep in touch with the subjects shaping our future.
+Social+Newsletter
TopicsAbout UsContact Us
Copyright ©, Camden Media Inc All Rights Reserved. See our User Agreement, Privacy Policy and Data Use Policy. The material on this site may not be reproduced, distributed, transmitted, cached or otherwise used, except with prior written permission of Futurism. Fonts by Typekit and Monotype.