He helped build the world’s most popular AR experience. Now he wants to build a better metaverse. 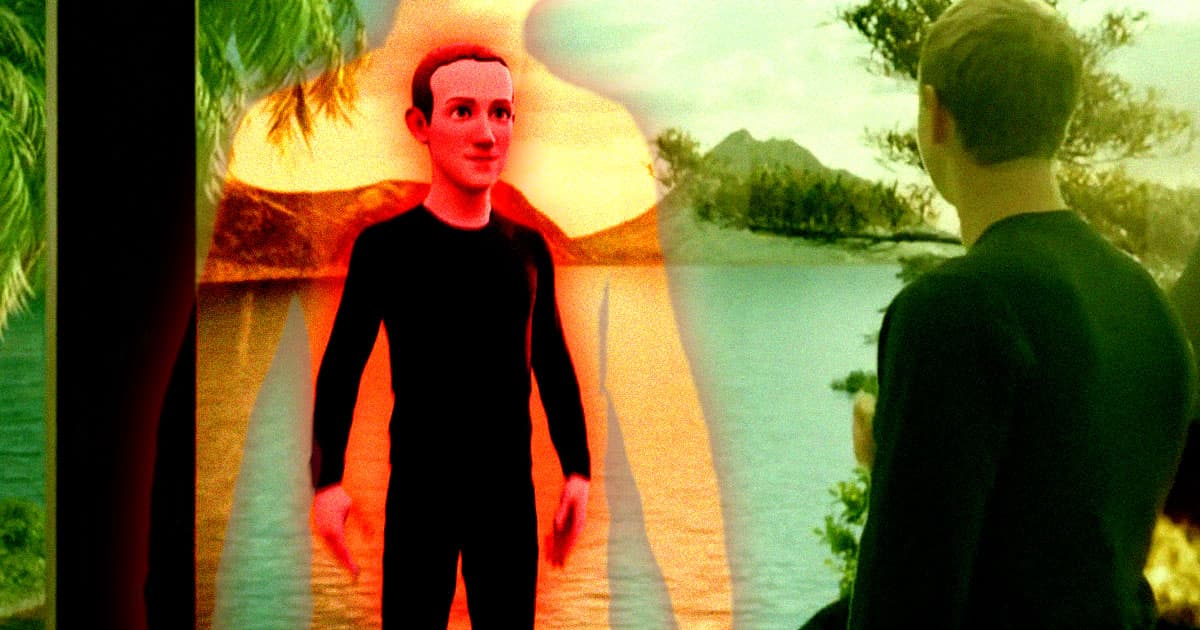 The CEO behind the world’s most popular augmented reality game believes that the metaverse is going to be a dystopian nightmare — but wants to help people build a better version of it.

John Hanke, CEO of Niantic, helped usher in a new generation of AR gaming with 2016's "Pokémon Go." However, with the rise of Meta, along with discourse surrounding a VR metaverse reaching a fever pitch, Hanke was inspired to pen an essay in his company’s blog over the summer calling it a "dystopian nightmare."

He doubled down on his assertion in an interview with Wired on Monday, but stressed that a better metaverse can be created — it just needs to make the real world cooler, instead of trying to replace it with a candy-coated illusion.

"[VR] takes us away from what fundamentally makes us happy as human beings," Hanke said in the interview. "We’re biologically evolved to be present in our bodies and to be out in the world."

Hanke even threw some shade on Meta’s Horizon Workrooms, which would allow co-workers to meet via VR in a digital workplace.

"Immersion in a 3D world might be an entertainment experience... But that’s not where you’ll spend the majority of your life," he told the magazine. "I don’t need to make a conference room look like a cartoon Tahiti. That doesn’t make it better for me."

This week, Niantic announced the release of Lightship, an augmented reality development kit (ARDK) that will allow developers to build cross-platform AR experiences much like the ones in "Pokémon Go." The platform is already being used to create AR experiences by developers at places like Coachella, Led Zeppelin, the PGA of America, and the Science Museum Group, according to the company's press release.

Now Hanke hopes that it will encourage others to create what he calls "the real metaverse."

"What’s different from the VR metaverse is that with ours you have this common structure that is the real world," he told Wired. "The bits get tied to the atoms," he added, sneaking in a reference to classic MIT parlance.

It’s incredibly intriguing that the man who helped create "Pokémon Go" — almost certainly the most successful rendition of a metaverse to date — has such strong feelings against current visions for the metaverse. It makes sense, though. He has a clear financial interest in AR and would like to see a metaverse using the tool be built.

But it's still probably wise to listen to him. After all, Niantic was the company that got everyone everyone to experience a kind of metaverse for the first time, by leaving their homes and actually connecting with each other — one AR Pokémon at a time.

READ MORE: ‘AR Is Where the Real Metaverse Is Going to Happen’ [Wired]

Read This Next
Scammers Scam On
The Fyre Fest Guy Is Off House Arrest and of Course His New Scheme Involves the Metaverse and Crypto
Confrontation is Hard
Former Facebook Exec Says Zuckerberg Has Surrounded Himself With Sycophants
Virtual Signing
Sign Language in Virtual Reality Actually Looks Kinda Awesome
Zesus
Interesting Theory: Mark Zuckerberg Is Trying to Become God and Build Heaven
Make Mark Happy
Facebook Employees Seem Completely Confused by the Metaverse
More on Future Society
Ctrl C Ctrl V
Yesterday on the byte
Inspired by Twitter's Struggles, Facebook Considers Making an App Where You Can Post Text. Wait a Second...
Sleeping Tweeps
Yesterday on the byte
Elon Musk Installs Washing Machine at Twitter HQ So Overworked Employees Can Wash Their Filthy Rags
Phoney Business
Wednesday on the byte
Amazon Says It'll Pay You $2 Per Month to Spy on Your Phone's Internet Traffic
READ MORE STORIES ABOUT / Future Society
Keep up.
Subscribe to our daily newsletter to keep in touch with the subjects shaping our future.
+Social+Newsletter
TopicsAbout UsContact Us
Copyright ©, Camden Media Inc All Rights Reserved. See our User Agreement, Privacy Policy and Data Use Policy. The material on this site may not be reproduced, distributed, transmitted, cached or otherwise used, except with prior written permission of Futurism. Articles may contain affiliate links which enable us to share in the revenue of any purchases made.
Fonts by Typekit and Monotype.