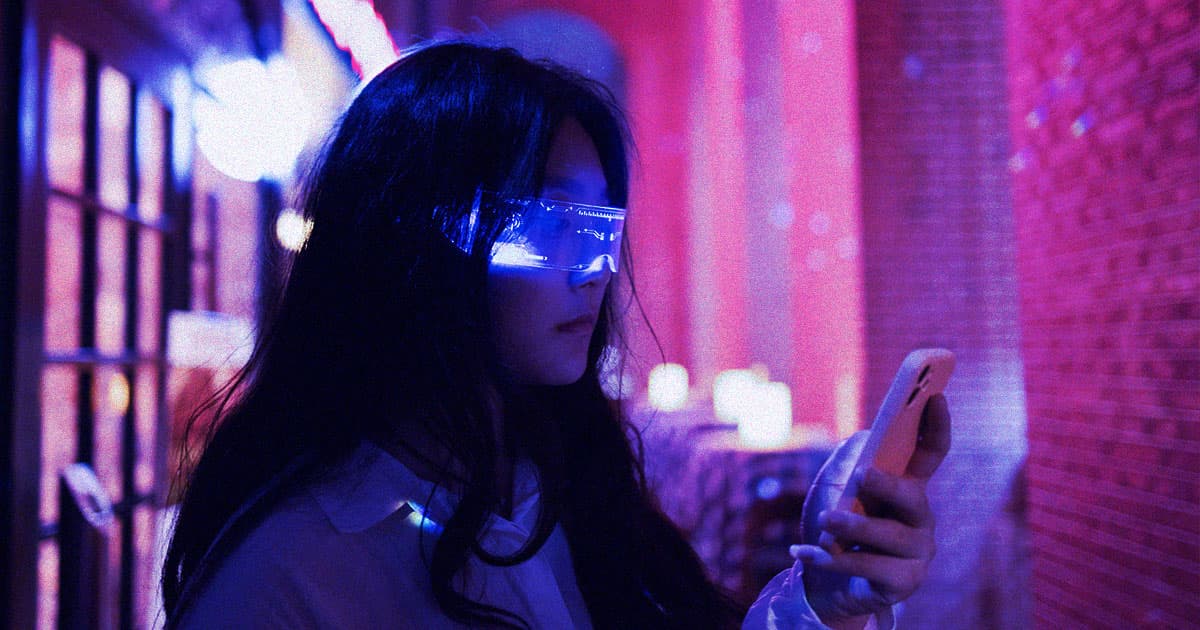 An innovator in early AR systems has a dire prediction: the metaverse could change the fabric of reality as we know it.

Louis Rosenberg, a computer scientist and developer of the first functional AR system at the Air Force Research Laboratory, penned an op-ed in Big Think this weekend that warned the metaverse — an immersive VR and AR world currently being developed by The Company Formerly Known as Facebook — could create what sounds like a real life cyberpunk dystopia.

"I am concerned about the legitimate uses of AR by the powerful platform providers that will control the infrastructure," Rosenberg wrote in the essay.

Among Rosenberg's concerns is that third parties could introduce "paid filter layers" that allow certain users to see specific tags over real-life people. These tags might float above every person’s head, for instance, and provide bits of information about them.

"And they use that layer to tag individuals with bold flashing words like ‘Alcoholic’ or ‘Immigrant’ or ‘Atheist’ or ‘Racist’ or even less charged words like ‘Democrat’ or ‘Republican,'" he said. "The virtual overlays could easily be designed to amplify political division, ostracize certain groups, even drive hatred and mistrust."

He’s also concerned that the metaverse would "make reality disappear" by creating a system in which people can’t simply step away from their devices to have real-world interactions. The idea is that the metaverse could grow to a point at which it impacts essentially every facet of our lives and it’d be near impossible for most to just walk away. That means we’d all be constantly exposed to whatever false reality third-parties might want to show us, since there’d be an AR overlay over everything.

Rosenberg isn’t the only one who’s concerned, either. Ethan Zuckerman, the director of the Initiative for Digital Infrastructure at the University of Massachusetts, also penned an op-ed in The Atlantic recently deriding Faceboo...  sorry, Meta’s ambitious project. Zuckerman created a very early version of the metaverse back in 1994, and believes that the metaverse is poised to do more harm than good.

"Facebook’s promised metaverse is about distracting us from the world it’s helped break," Zuckerman said.