Here's Why Elon Musk is Feuding With the Head of NASA 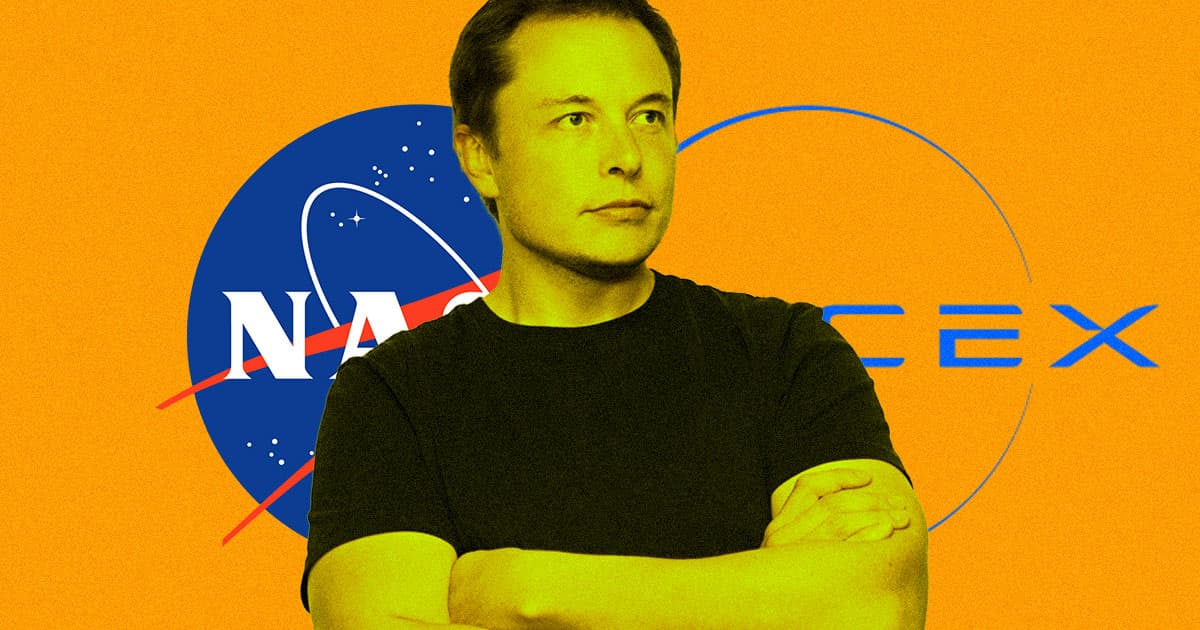 On paper, NASA administrator Jim Bridenstine and SpaceX CEO Elon Musk should be the best of friends. Years of collaboration and hard work are about to pave the way for the long-awaited return of launching humans into space from American soil — but instead of chumming it up, the duo are at each others' throats.

The trouble started when Bridenstine released a statement on Friday — a day before Musk took to the stage to present the latest Starship updates — to complain about the lack of progress on SpaceX's contract to deliver astronauts into orbit with its Commercial Crew project. The implication, whether intended or unintended: stop showing off Starship and deliver the NASA-contracted Commercial Crew.

"I am looking forward to the SpaceX announcement tomorrow," read Bridenstine's statement. "In the meantime, Commercial Crew is years behind schedule. NASA expects to see the same level of enthusiasm focused on the investments of the American taxpayer. It's time to deliver."

It was an unusual dig at SpaceX, which has been a close partner with NASA for years — so unusual that CNET even called Bridenstine a "party pooper with this troll job."

SpaceX's Crew Dragon has made a decent amount of progress, making an uncrewed visit to the International Space Station in March and successfully completing an emergency escape system test earlier this month.

But things didn't always go that smoothly. In April, a massive explosion of the Crew Dragon capsule during an engine fire test represented a major setback.

"There is no doubt the schedule will change," Bridenstine said of the Crew Dragon project at the time, according to Reuters. "It won’t be what was originally planned."

Demo-2, SpaceX's first crewed test flight to the ISS, is currently scheduled for no earlier than November, according to reports. The company has yet to announce a date officially.

But the beef between Musk and Bridenstine wasn't over yet. Things escalated further during a CNN Business interview with Musk following his presentation on Saturday. When asked about Bridenstine's statement on Friday, he interrupted the question, shooting back "did he say Commercial Crew or SLS?" — likely a dig at NASA for going way over budget and running years late in developing its own Space Launch System (SLS) rocket.

A NASA spokeperson told Futurism that the agency actively supports SpaceX in developing Starship. But Bridenstine's position and the exact reasoning behind his Friday statement remain unclear.

"Bridenstine continues to emphasize that the return of launches of American astronauts, on American rockets and spacecraft, from American soil should be the top priority for NASA’s commercial crew partners," the spokesperson said. "SpaceX has leveraged NASA’s expertise and test facilities for aerodynamic modeling and testing of Starship."

Plenty of questions remain unanswered about the strange back-and-forth. Besides, why did Bridenstine release his statement in the first place? Senior Space Editor at Ars Technica Eric Berger, a close industry observer, suggested it was simply a "reflection of [Bridenstine's] desire to see all NASA contractors meet their deadlines for government contracts" according to a Friday tweet that Bridenstine himself later retweeted.

"Jim would happily embrace commercial space more, but his hands are to some extent tied by the Senate," Berger followed up on Twitter.

NASA's relationship with the current administration has been on a steady decline this year. The White House has approved some extra funds for NASA's Artemis mission to the Moon in 2024 — but also claimed that the space agency was in no way ready to return American astronauts to the Moon.

NASA has stuck to its guns, with Bridenstine asking for an additional $1.6 billion in funding for Artemis back in May. Months later, Bridenstine is still lobbying for extra funds — likely a great source of frustration for the NASA administrator.

So far, the Senate has approved only $1.2 million for all of NASA's exploration programs and only $744 million of the $1 billion NASA requested specifically for human lunar landers.

The Bridenstine-Musk tiff shows that there's at least some tension between the private and public space industries — one is building a shiny stainless steel rocket to get to Mars, while the other is stuck lobbying Congress for taxpayer money.

This story has been updated with a comment from a NASA spokesperson.