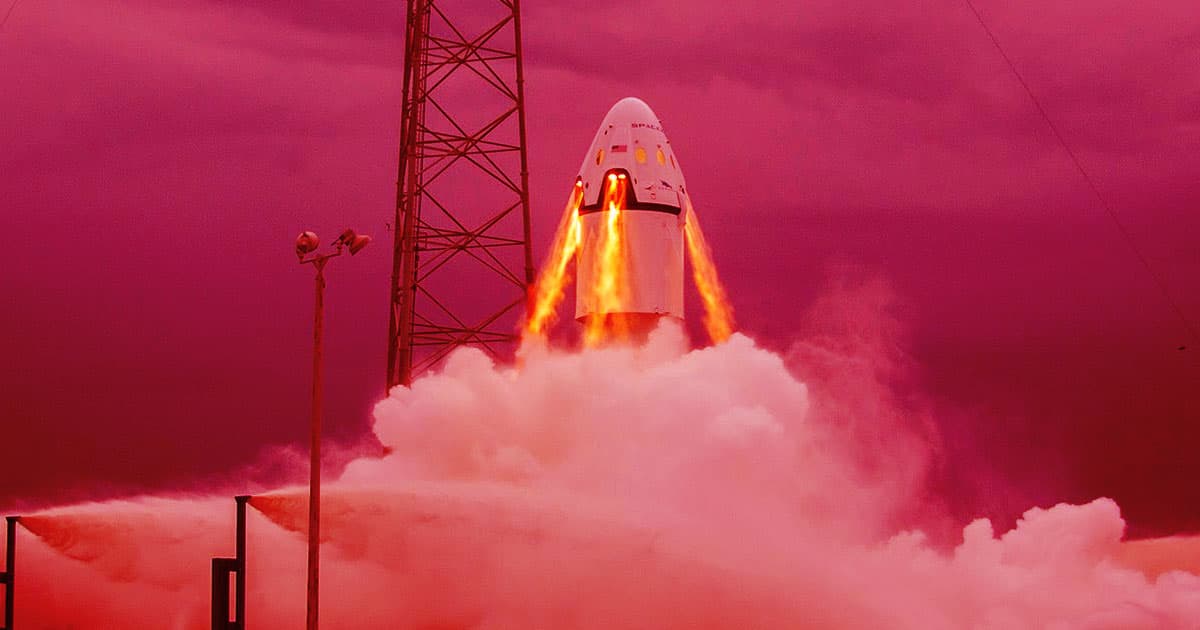 This is what happens when you hit the eject button on your journey into space.

This is what happens when you hit the eject button on your journey into space.

The idea is that if something goes wrong with the rocket carrying the Crew Dragon to orbit, the module can engage its own thrusters to quickly escape the danger — and then coast down safely on a parachute.

Ahead of our in-flight abort test for @Commercial_Crew—which will demonstrate Crew Dragon's ability to safely carry astronauts away from the rocket in the unlikely event of an emergency—our team has completed over 700 tests of the spacecraft's SuperDraco engines pic.twitter.com/nswMPCK3F9

The spacecraft is outfitted with eight SuperDraco engines, allowing it to cover half a mile in just 7.5 seconds during an emergency, reaching a top speed of 436 mph, according to a follow-up tweet. Parachutes ensure that the craft safely lands back on Earth after the system deploys.

But testing hasn't always gone according to plan. The same engines were responsible for blowing up the first Crew Dragon capsule during a system test in April.

Last week, SpaceX tested the first stage of its Falcon 9 boosters that will be responsible for launching two NASA astronauts into orbit as part of Crew Dragon's first-ever crewed test flight. When exactly that test flight will take place is still uncertain.