"No Chance Is a Corporation Going Near My Brain": Futurism Mailbag

This is what Futurism readers had to say about the week's news. Did your comment make the cut? 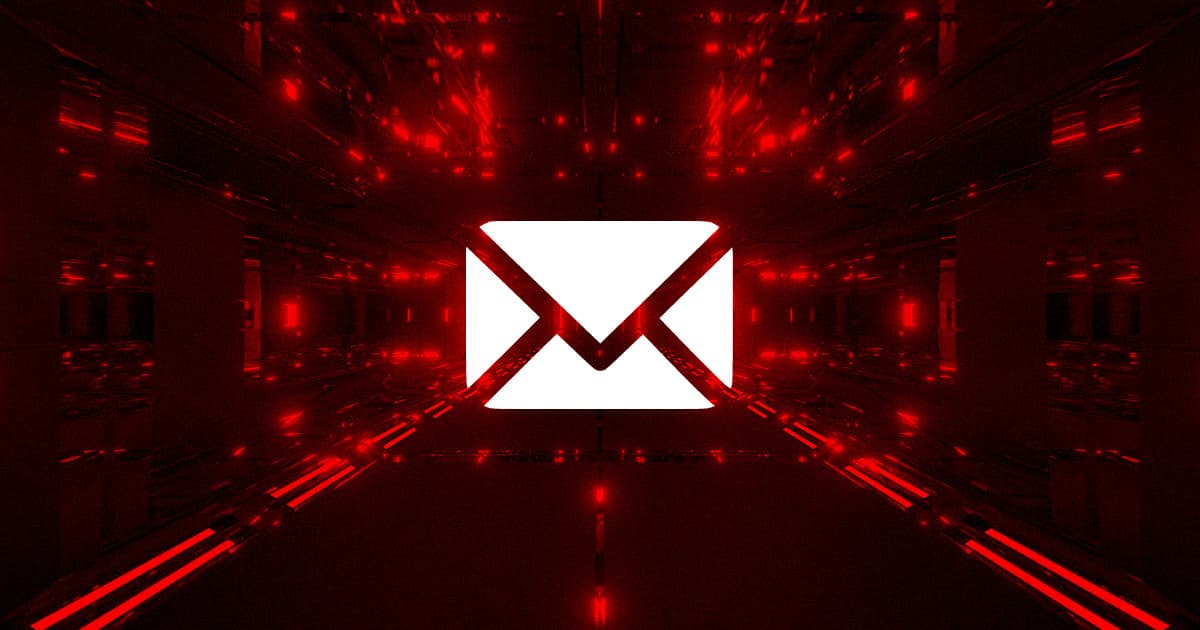 We've had a heck of a week at Futurism. Now it's time for the Futurism Mailbag.

You probably noticed our completely redesigned website, and that's without mentioning the jam-packed news cycle.

Here's our week in review — and what you, our Futurism readers, have had to say about it via social media and email.

>> Also... To submit your own thoughts to the Futurism Mailbag, email us! Some comments are edited for length and clarity.

Space journalists started this week with a burning question: Why hadn't the White House clarified its position on NASA and Space Force?

Enter Futurism senior reporter Dan Robitzski, who conducted a hard-hitting interview with the new head of NASA, Steve Jurczyk — and nailed him down on several core issues.

One key takeaway: Jurczyk told us that the Artemis program — intended to take American astronauts back to the Moon as soon as 2024 — is almost certainly safe under Biden. Overall, Futurism readers were thrilled:

I don't care about flying cars but I was promised a Moon base by this date when I was ten.

>> Nota bene: Later in the week, White House confirmed its support for both the Artemis Moon-to-Mars plan and Space Force as a branch of the military.

Specifically, Jurczyk said that he didn't feel confident in SpaceX's timeline for the craft.

Instead, he took the opportunity to stridently defend the NASA's Space Launch System (SLS), a super-powerful in-development spacecraft with similar-but-not-identical specs to Starship. Both vehicles are intended to launch crewed missions to the Moon — though SpaceX CEO Elon Musk claims Starship will eventually be able to transport astronauts to Mars as well.

Overall, Futurism readers weren't so sure about Jurczyk's views on SpaceX:

Really? Starship bas been built and tested for about a year and SLS goes back to the Bush administration and is based on tech developed in the 70s. Also the Starship prototypes have air time. We cannot say that for SLS.

Many agreed, praising Musk and Starship:

Starship will win out in the end, because reusability has to be the future to spaceflight. NASA are just trying to defend their outdated design.

Just for fun, Robitzski also asked Jurczyk whether he had any thoughts about extraterrestrial life. Jurczyk demurred, but our readers had... well, they had a lot of thoughts:

Honestly the fact they are still trying to hide aliens is a joke. Most people have had at least one interaction that they believe was aliens.

But other readers dragged those alien conspiracy theories back to Earth:

I came here to read the comments of nutters. I wasn't disappointed.

>> Speaking of our interview with Steve Jurczyk, a humble entreaty to our readers: Chasing down the highest-ranking official at NASA isn't easy, and that's why we did it. If you want to help support Futurism's hard-hitting journalism about the future of space travel, you can subscribe here — for just $5.99/month, less than the cost of a drink at Starbucks. And as a bonus? We'll pay special attention to your comments for future editions of the Futurism Mailbag.

Speaking of SpaceX, its CEO Elon Musk released a trickle of new info this week about another of his projects: the mysterious brain-computer interface startup Neuralink. First he claimed that the company has wired up a monkey to play videogames with its mind.

Animal abuse in the name of science.

Other readers, though, were more concerned with how the technology will come to be used on humans — while still being impressed with its potential:

I can see how this technology could be weaponized and abused in a billion different ways! I can also see that there could be ways that this technology can help people, especially people with disabilities. But there’s a huge ethical question mark over this subject.
-Mario, Weaponization Fearer

Meanwhile, Musk revealed that Neuralink may begin human trials as early as this year. We asked our readers whether they'd volunteer for a first-generation Neuralink implant — see the poll results here — and replies were all over the place:

Do I need to pay for a premium subscription to stop the ads in my imagination? No chance is a corporation going near my brain LOL.

Others were more enthusiastic:

Other readers took the opportunity to reflect on the lessons of dystopian fiction:

I've seen enough "Black Mirror" to know not to jump on this idea right away.

And others saw some dark humor in the whole episode:

People won't get the COVID vaccine because they think a billionaire is trying to control them but volunteer for a different billionaire to literally put a computer in their brain.

More original reporting, this time by Futurism's Victor Tangermann, who tracked down the controversial Harvard astronomer Avi Loeb for a scintillating profile about questioning scientific dogma — and the case for alien life.

Loeb is best-known for claiming that an object that drifted through the solar system in 2017 was likely an alien probe. His academic peers aren't convinced — and neither were Futurism readers:

You ever notice all these people bringing aliens to the front page all have new book deals?

And of course there were tongue-in-cheek responses that caught the eye of Futurism Mailbag:

If it came from Haaavard, it should automatically be considered the truth. It's why the college rankings exist.

>> Sorry, we gotta say it again: Original reporting like Victor's interview with Dr. Loeb takes time and effort. To help Futurism produce more journalism about the search for alien civilizations, please consider subscribing to Futurism for just $5.99/month. We'll be really, really grateful — and it'll help us keep doing journalism like the story above.

Yes, another Elon story dominated the headlines this week. The latest prototype of the company's Starship exploded after a hard landing.

Some reader responses were snarky:

Well it did land. It just disassembled itself rapidly on touchdown.

Others defended the explosion as a learning exercise:

The entire purpose of these flights is to *test* new technology and methods. This was always to be expected. They will learn from this, and adapt accordingly; this is how innovation works.

5. From the Grab Bag

On the news that SpaceX will be flying a random contest winner into orbit:

On the NATO secretary-general suggesting that military tanks should have solar panels:

Nothing is more noble than to think about the planet while killing a fellow human.

Readers weren't entirely convinced by a Russian combat suit that claims to be able to survive a .50 caliber bullet:

Doesn't pierce the suit but turns the person inside it into custard.

On the musician Claire "Grimes" Boucher saying she'd love to move to Mars for "manual labor until death":

Can’t she just engage in manual labor until death here on Earth?

And, finally, some economic thoughts about the first 3D printed house to be sold in the United States:

That's all for this week. To be featured in next week's Futurism Mailbag, shoot us an email! And to support us... please subscribe.

Read This Next
Walls Up
China Is Building a Huge New Wall to Allegedly Keep COVID Out
Brands We Love
This High Tech Fitness Screen Might Put Health Clubs and Gyms Out of Business
Candid Camera
The Haunting, Beautiful Drone Footage of Cities Under Quarantine
Gabe Said We're Into Movements
This MIT and Harvard-Built App Could Slow the Spread of Coronavirus
Worst Timeline
Facebook Moderators Are Dying at Their Desks
More on Future Society
Down in Flames
Wednesday on the byte
Elon Musk Apparently Thinks Twitter Is a "Flaming Dumpster Rolling Down the Street"
All Tomorrow's Pa...
Wednesday on the byte
Party Startup Says It Has Zero Plans to Make Any Money With Investors' Funds
Primate Theft
Tuesday on the byte
It Was a Very Bad Weekend for Monkeys Being Stolen From Zoos, Apparently
READ MORE STORIES ABOUT / Future Society
Keep up.
Subscribe to our daily newsletter to keep in touch with the subjects shaping our future.
+Social+Newsletter
TopicsAbout UsContact Us
Copyright ©, Camden Media Inc All Rights Reserved. See our User Agreement, Privacy Policy and Data Use Policy. The material on this site may not be reproduced, distributed, transmitted, cached or otherwise used, except with prior written permission of Futurism. Articles may contain affiliate links which enable us to share in the revenue of any purchases made.
Fonts by Typekit and Monotype.