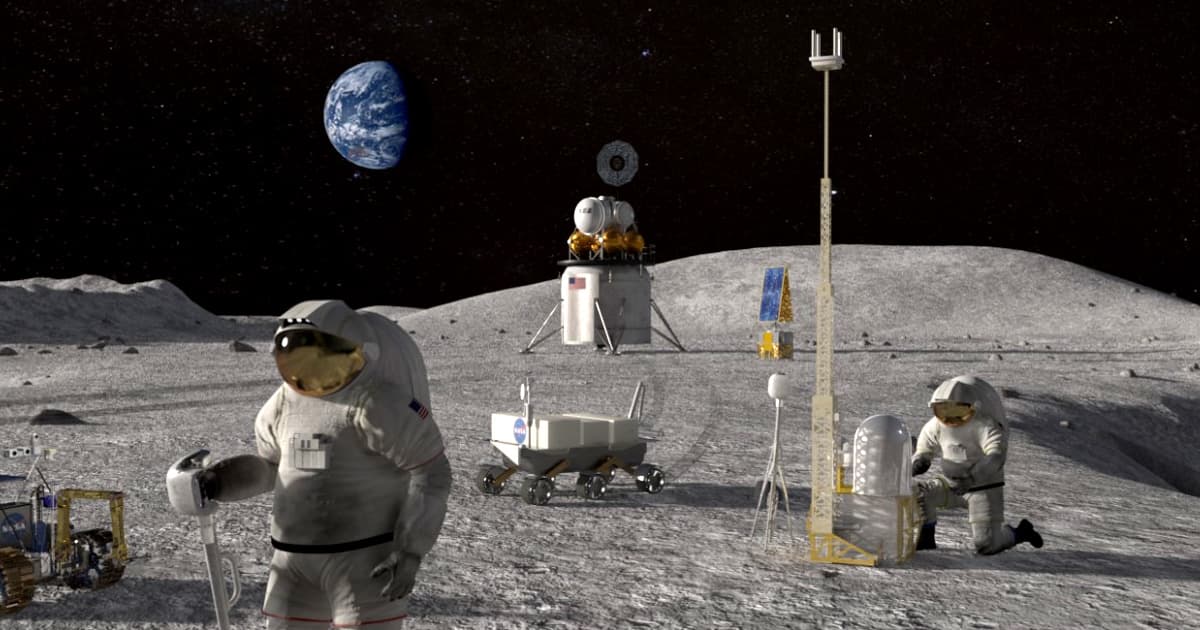 "Certainly, we support this effort and endeavor."

"Certainly, we support this effort and endeavor."

Senate Democrats and the White House have reiterated their support for NASA's Artemis program, which has the goal of returning the first human astronauts to the surface of the Moon as soon as 2024.

Press secretary Jen Psaki said during a conference today that the government will work with industry leaders to send "another man and a woman to the Moon, which is very exciting." Psakis also called the Moon a "waypoint to Mars."

"Certainly, we support this effort and endeavor," she added.

"Developing the next generation crewed lunar lander is an essential step in returning astronauts to the Moon for the first time in half a century, including the historic milestone of landing the first woman on the Moon," reads the letter.

The senators also urged NASA "to proceed with the planned selection and to include all necessary funding for [the Human Landing System] in your FY 2022 budget request."

Overall, significant budget constraints have put a squeeze on the space agency's efforts to develop a human landing system capable of lowering astronauts to the Moon's surface, as Ars Technica reports.

That tracks with what the new head of NASA, Steve Jurczyk, told Futurism earlier this week: that without full funding for the human landing system, a 2024 Moon landing will be logistically challenging.

More on Artemis: NASA Boss: We Have “Every Indication” That Artemis Is Safe Under Biden

Moon Wrestling
The Head of NASA Is Scared Chinese Astronauts Will Seize Portions of the Moon
Jan 3
Read More
Little Boxes
One Silly Little Detail Is Reportedly Delaying Artemis II by Years
12. 8. 22
Read More
Putting Things In Perspective
Amazing Artemis Photo Shows Every Human, Alive or Dead, Plus the Moon
11. 29. 22
Read More
+Social+Newsletter
TopicsAbout UsContact Us
Copyright ©, Camden Media Inc All Rights Reserved. See our User Agreement, Privacy Policy and Data Use Policy. The material on this site may not be reproduced, distributed, transmitted, cached or otherwise used, except with prior written permission of Futurism. Articles may contain affiliate links which enable us to share in the revenue of any purchases made.
Fonts by Typekit and Monotype.