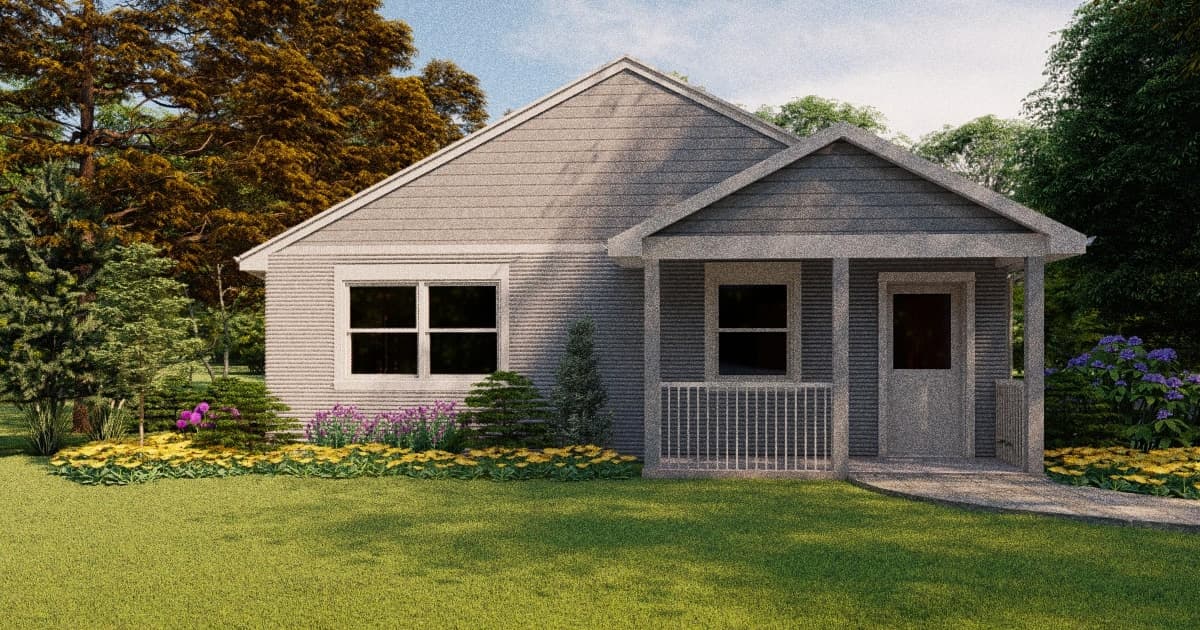 It's cheaper than you'd think.

It's cheaper than you'd think.

For the first time, a 3D-printed house is for sale in the United States, and its fabrication process makes it a considerably cheaper purchase than its neighbors.

The three-bedroom, two-bathroom house is 3D-printed on-site by the company SQ4D, which 3D Printing Media Network reports has developed an Autonomous Robotic Construction System that prints structures out of concrete. The automated process, cheaper than conventional construction, teases a future in which the price of a house stops being so utterly unattainable.

The open-floorplan house is listed on Zillow for $299,999. That makes it considerably cheaper than neighboring homes in Riverhead, New York.

For now, SQ4D is the first company to 3D print a house that's certified for occupancy in the United States, but 3D Printing Media Network reports that it has ambitions to quickly add more.

The company reportedly has plans to build even more of these or similar houses in New York and California — suggesting a pathway for 3D printed homes to graduate from a niche oddity to a viable living situation.

Buck Like Funnies
This Plastic Bunny Has DNA Explaining How to Make More Bunnies
12. 10. 19
Read More
3D Printed Sugar Scaffolds Could Help Grow Organs, Then Dissolve Away
5. 24. 18
Read More
What NASA’s First 3D Printed Rocket Parts Mean for the Space Launch System
9. 25. 17
Read More
+Social+Newsletter
TopicsAbout UsContact Us
Copyright ©, Camden Media Inc All Rights Reserved. See our User Agreement, Privacy Policy and Data Use Policy. The material on this site may not be reproduced, distributed, transmitted, cached or otherwise used, except with prior written permission of Futurism. Fonts by Typekit and Monotype.