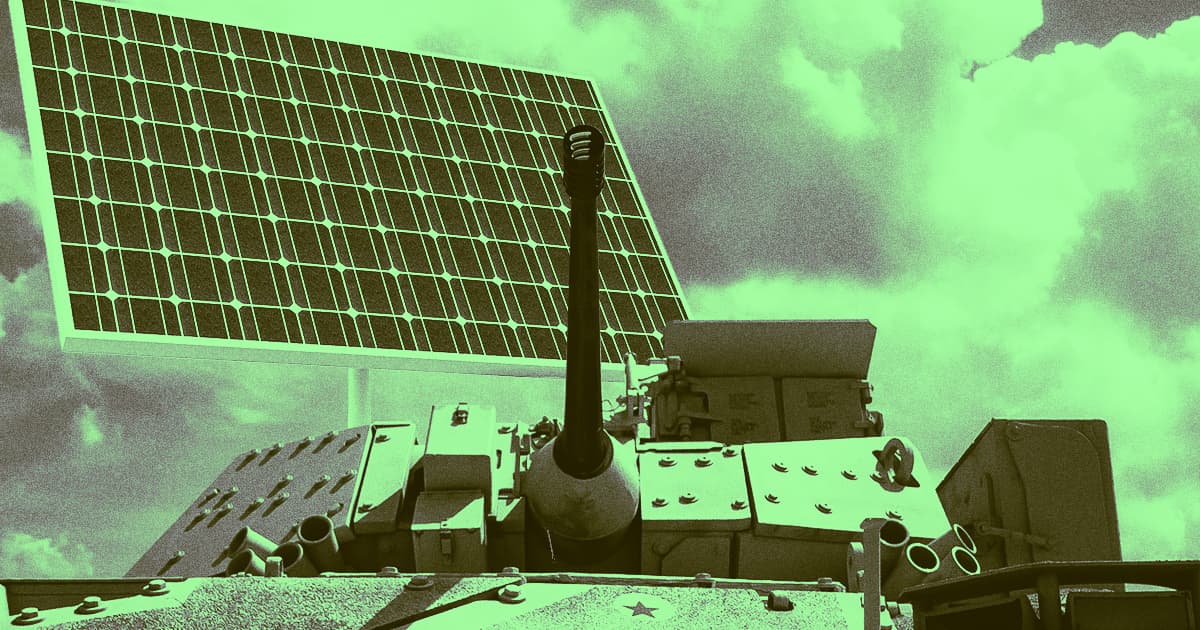 Coming soon to a battlefield near you.

Coming soon to a battlefield near you.

NATO secretary-general Jens Stoltenberg says that the world's militaries emit a serious amount of greenhouse gases, and that they should try to clean up their act.

His idea? Slap some solar panels onto military tanks so they can generate their own power instead of using fossil fuels, according to The National News. It's an unusual plan — one that might slash the military's environmental impact without actually cutting back on the harmful military operations themselves — but Stoltenberg argues that it would be beneficial both from an environmental and a military logistics standpoint.

Stoltenberg suggested that NATO member nations ought to look for ways to clean up their military operations during a recent online seminar on the future of the military and trade alliance, according to The National. While simply using fewer tanks seems like a slam-dunk, climate-wise, that wouldn't do anything to reduce emissions from whatever vehicles militaries do end up using.

"NATO should do its part to look into how we can reduce emissions from military operations," Stoltenberg said. "We know that heavy battle tanks or fighter jets and naval ships consume a lot of fossil fuel and emit greenhouse gases and therefore we have to look into how we can reduce those emissions by alternative fuels, solar panels or other ways of running our missions."

Aside from the environmental benefits, Stoltenberg says that building tanks that are less reliant on fossil fuels would also make militaries less vulnerable in combat because they wouldn't need to maintain supply lines for fuel.

"We know that one of the vulnerabilities in any military operation is the supply of fossil fuels along vulnerable supply lines," Stoltenberg said, "so if we can make us less dependent on that we are reducing emissions, but at the same time increasing military effectiveness."

More on the military: The War on Terror is Murdering the Environment