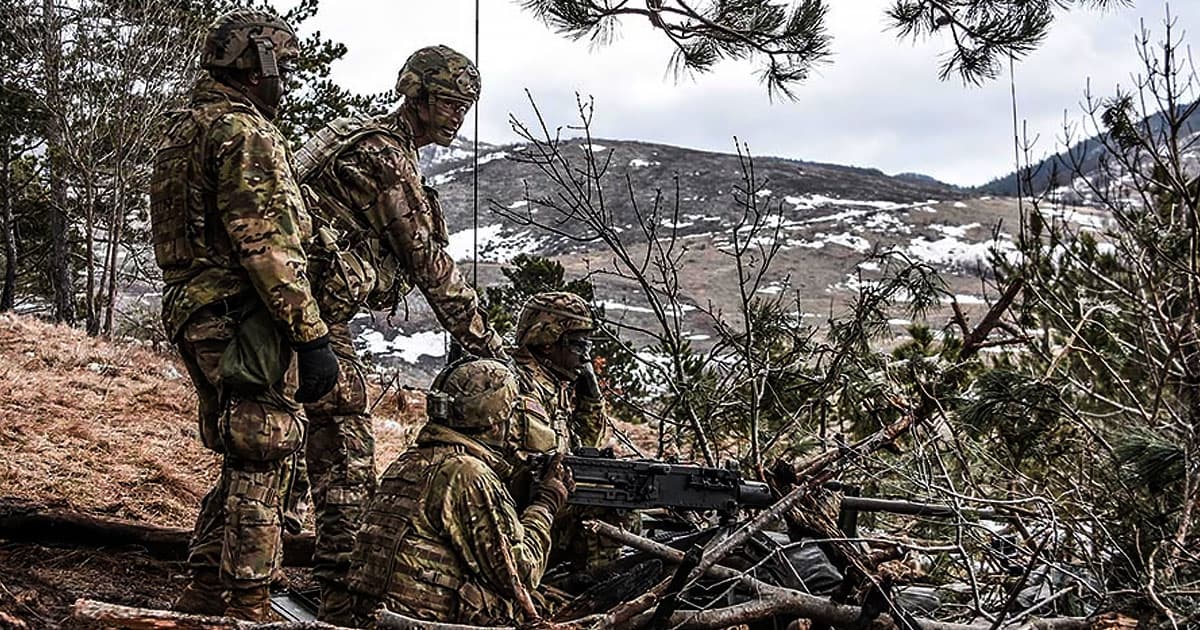 Pentagon Report Predicts Collapse of US Military Within 20 Years

The world's largest greenhouse gas emitter may not survive our changing climate.

The world's largest greenhouse gas emitter may not survive our changing climate.

Faced with the challenges of global climate change as well as the refugee crisis and armed conflicts it will create, the U.S. military may very well collapse.

That's the dire conclusion of a Pentagon-commissioned report about the future of the military, first published online in August with little fanfare and recently surfaced by Motherboard. The takeaway is clear: if humanity continues to destroy the environment, American infrastructure could collapse and the military would be so ill-equipped to respond that it too would fall apart.

In a cruel twist of irony, the U.S. Department of Defense was recently shown to have the largest carbon footprint in the world — the military does more to exacerbate climate change than do entire developed nations.

"Most of the critical infrastructures identified by the Department of Homeland Security are not built to withstand these altered conditions," reads the report. It says that increased energy demands caused by increased heat waves and droughts could destroy the power grid, which it describes as "an already fragile system."

The report illustrates an increasingly-dire warning: we're running low on time to change course and prevent the most devastating impacts of our climate change catastrophe.

As the military and the world's infrastructure face heightened strains from rising sea levels, water shortages, and growing numbers of environmental refugees, it would seem wise to decarbonize as much of society as humanly possible before everything falls apart.

More on the military: Scientists: Harming The Environment Should Be a War Crime