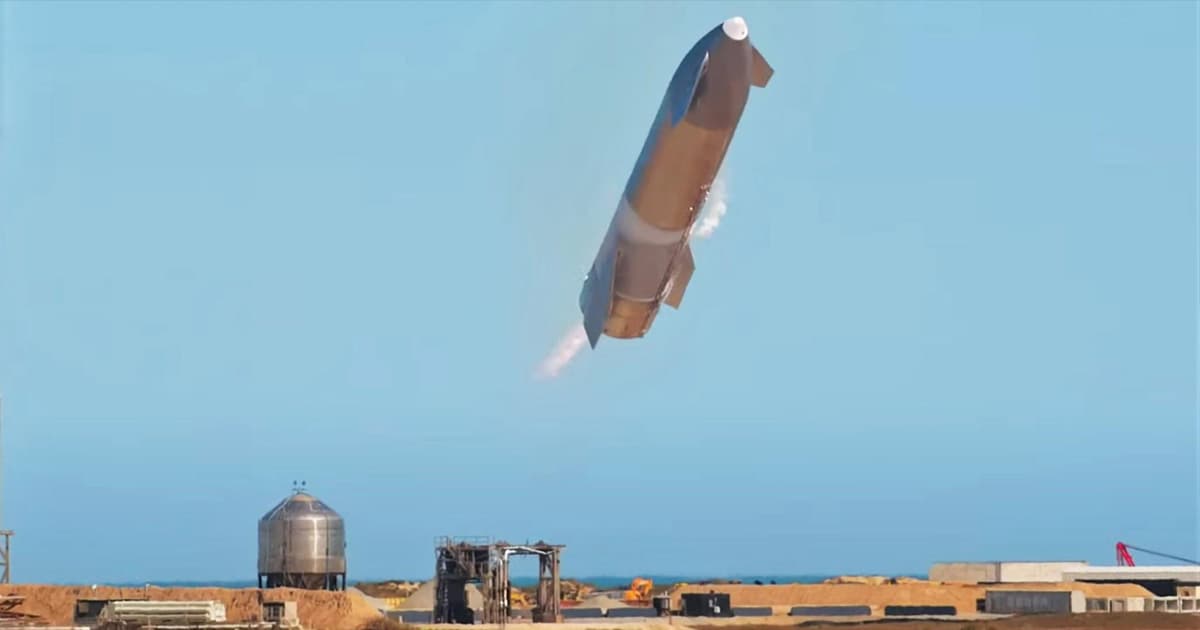 Going Up in Flames

SpaceX CEO Elon Musk has his regrets about tests of his space company's Starship rocket.

The latest two prototypes went up in flames during their respective maiden voyages, in December and earlier this week.

One of the main culprits for the explosions: the sequence of events the spacecraft had to run through as they descended in order to first right themselves and then provide enough thrust to not get crushed by the rapidly approaching ground.

It's an extremely difficult maneuver to pull off. Earlier today, Musk admitted that "we were too dumb" to light only two engines to provide enough landing thrust. By design, Starship only requires the thrust of two Raptor engines to make a soft landing.

Igniting all three of the SN9 prototype's Raptor rocket engines once approaching the ground would have provided fewer points of failure during Tuesday's test flight. In other words, lighting three engines would allow it to chose the two engines required to make a soft landing.

Responding to SpaceX enthusiast Tim Dodd, better known as Everyday Astronaut, on Twitter, Musk acknowledged what went wrong. "It was foolish of us not to start three engines and immediately shut down one, as two are needed to land," Musk replied.

Luckily, it's a change that can be implemented for SN10, according to Musk.

SpaceX has its work cut out for it. Developing an orbital rocket capable of sending 100 passengers as far as Mars is a huge undertaking.

But while an explosion looks violent and destructive, engineers are able to gain a ton of insights into what goes wrong.

"We got a lot of good data, and the primary objective — to demonstrate control of the vehicle in the subsonic re-entry — looked to be very good, and we will take a lot out of that," SpaceX principal integration engineer John Insprucker said during SpaceX's launch webcast on Tuesday.