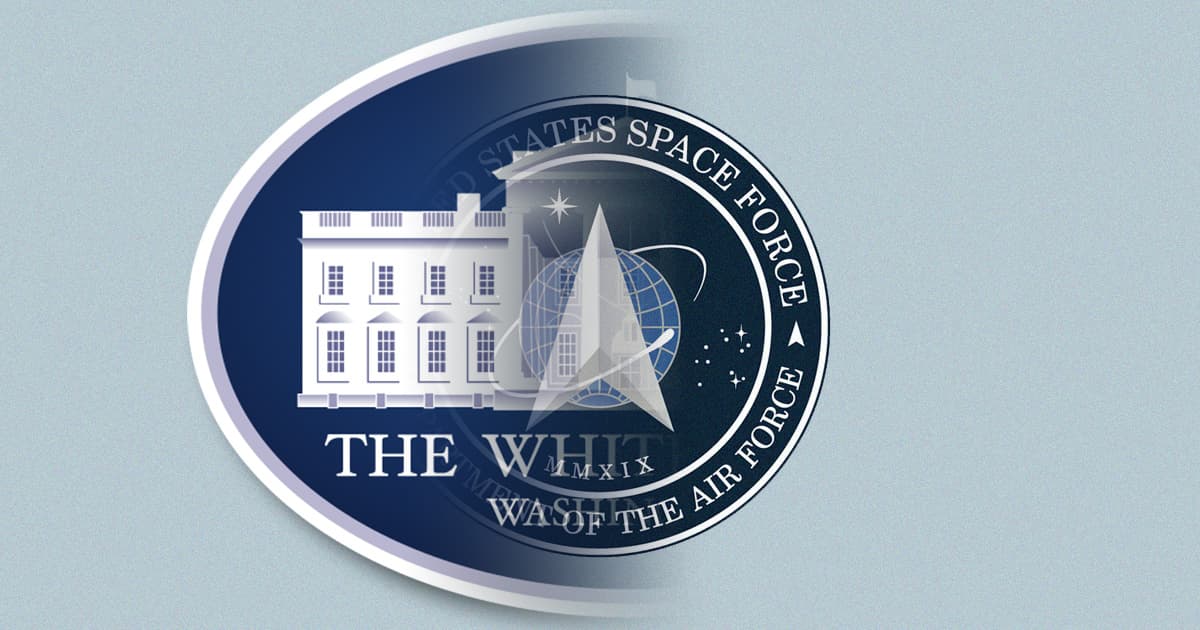 The White House Says That Space Force Has Its "Full Support"

The White House says that it will not dissolve Space Force.

The White House says that it will not dissolve Space Force.

The incoming Biden administration may have gotten off on the wrong foot with the United States military's youngest service branch.

During a press conference on Tuesday, White House press secretary Jen Psaki appeared to make a dismissive comment about the Space Force when asked about the new military branch.

"Wow, Space Force. It's the plane of today," she told reporters, a likely reference to a weeks-earlier question about the color scheme of the Air Force One.

Top House republicans were appalled by the apparent disrespect and called for Psaki to "immediately apologize" for the incident, as Politico reports.

But during today's press conference, Psaki said that the Space Force has "the full support of the Biden administration," adding that the desire to focus more on "the growing security challenges in space has long been a bipartisan issue."

Psaki also clarified that Biden is not planning to dissolve the Space Force, something that progressive groups have recently been calling for.

"It was established by Congress, and any other steps would actually have to be taken by Congress, not by the administration," Psaki said.

The press secretary had already been doing damage control over on Twitter Tuesday evening, writing that "we look forward to the continuing work of Space Force and invite the members of the team to come visit us in the briefing room anytime to share an update on their important work."

Rain Check
Military Satellite Launch Delayed After Fuel Leak
12. 6. 21
Read More
Art of the Deal
Joe Biden Was Behind NASA's Historic SpaceX Launch This Week
11. 10. 20
Read More
Wait, What?
House Committee Kills "Space Force" in Favor of "Space Corps"
6. 13. 19
Read More
+Social+Newsletter
TopicsAbout UsContact Us
Copyright ©, Camden Media Inc All Rights Reserved. See our User Agreement, Privacy Policy and Data Use Policy. The material on this site may not be reproduced, distributed, transmitted, cached or otherwise used, except with prior written permission of Futurism. Articles may contain affiliate links which enable us to share in the revenue of any purchases made.
Fonts by Typekit and Monotype.