These glasses can scan a pre-loaded suspect database in just one tenth of a second. 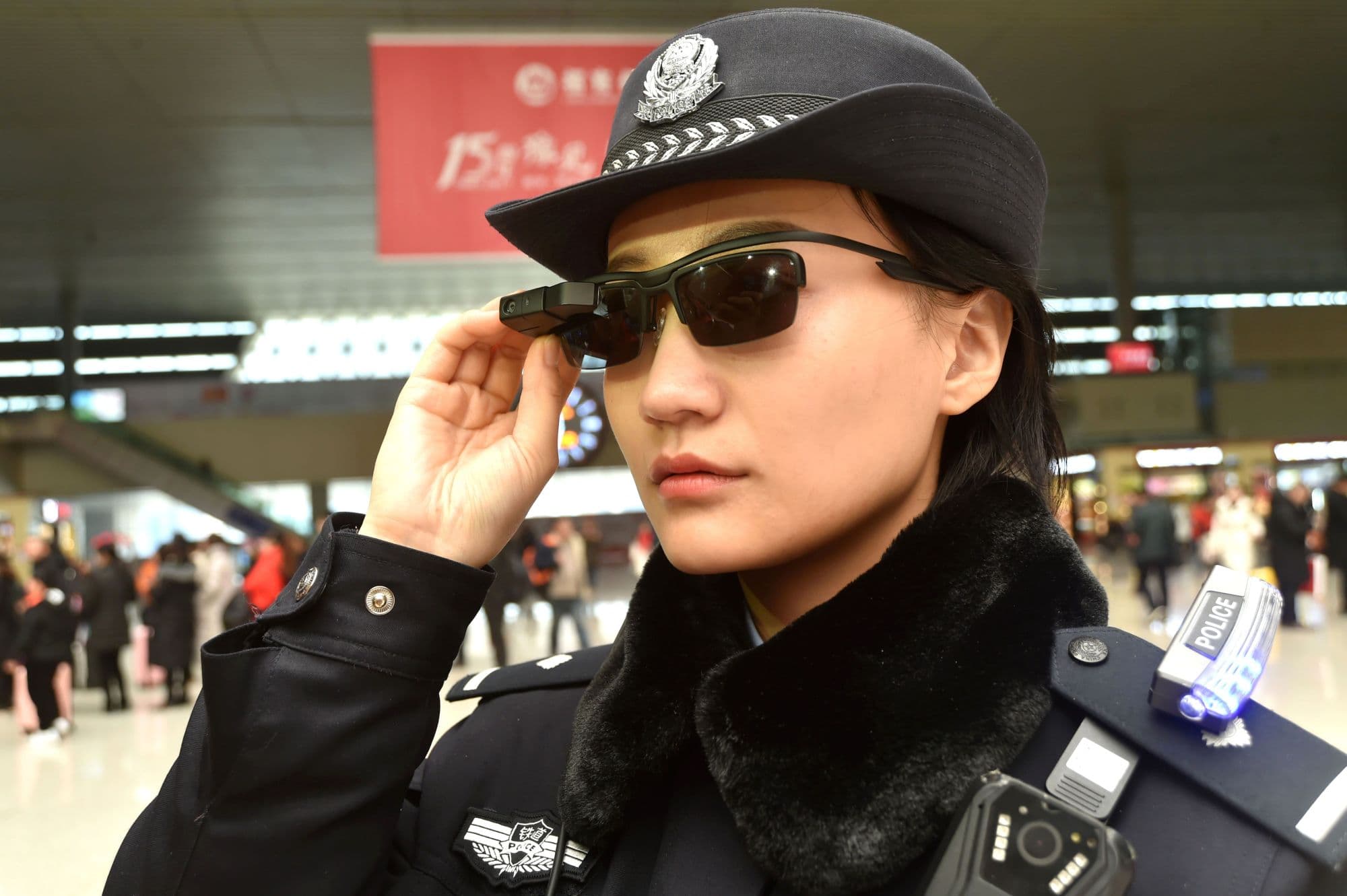 You've probably heard of Transitions lenses that can adapt to changing light conditions. Now, get ready for facial recognition lenses.

Police officers in Zhengzhou, China have been spotted wearing sunglasses equipped with facial recognition software that allows them to identify individuals in a crowd. These surveillance sunglasses were actually rolled out last year, but a recent report from China's QQ published a series of photos of the glasses in action.

China has consistently been ahead of the curve in terms of utilizing artificial intelligence (AI) for surveillance. The country's CCTV system tracked down a BBC reporter in just seven minutes during a demonstration in 2017. But this new technology, developed by LLVision, takes China's surveillance efforts to a whole new level. Not just in theory, either — reports from the official People’s Daily newspaper seem to indicate that it's improving police work.

With the Lunar New Year just around the corner, it's a busy time of year for the country's many airports, railway stations, and public transportation hubs. Chinese state media has reported that police wearing the specs at the East Railway Station in Zhengzhou have already spotted seven people wanted in connection with major criminal cases and have caught more than 25 people who were using someone else's identity.

Not only do the surveillance glasses actually work, but they also work better — and faster — than traditional CCTV setups. Security footage is notoriously grainy, and even if cameras are being monitored in real-time, the lag between spotting someone who might be a person of interest and calling authorities can be enough time for that person to make a clean getaway.

The sunglasses are connected to a handheld device that uses facial recognition software to compare who the wearer sees against a pre-loaded database packed with photos of 10,000 suspects. And it does so in just one tenth of a second.

“By making wearable glasses, with AI [artificial intelligence] on the front end, you get instant and accurate feedback,” LLVision Chief Executive Wu Fei told the Wall Street Journal. “You can decide right away what the next interaction is going to be.” However, Wu did add that the accuracy isn't perfect. Environmental "noise" in a crowded terminal, for instance, could skew the results.

Skewed results aren't the only concern that comes with giving law enforcement wearable surveillance: many have also pointed out that the devices could lend themselves to racial profiling, and even more broadly, have the potential to infringe on citizens' privacy.

As William Nee, a China researcher at Amnesty International, said to the Wall Street Journal: “The potential to give individual police officers facial-recognition technology in sunglasses could eventually make China’s surveillance state all the more ubiquitous.”

Eventually? Given that Chinese law enforcement is already using technology that's uncomfortably reminiscent of Mission Impossible, it seems like that ubiquity has already arrived.