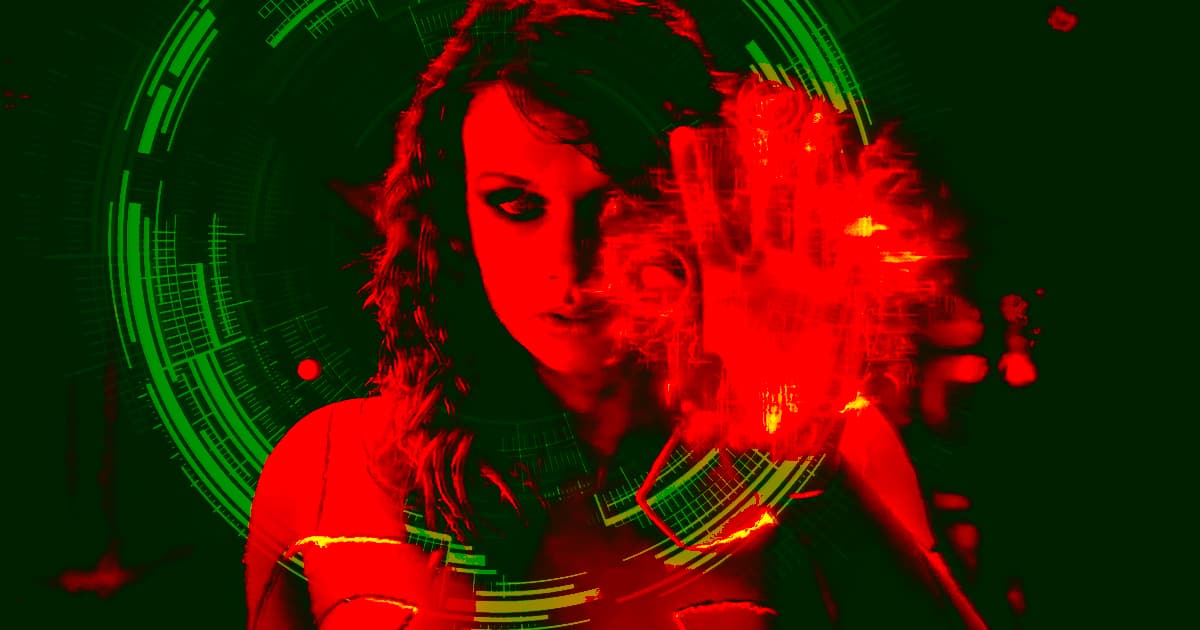 She used the tech to hunt for stalkers at a May concert.

She used the tech to hunt for stalkers at a May concert.

Look What You Made Her Do

While fans were watching Taylor Swift, they didn't know they were being watched back.

According to a recently published story in Rolling Stone, the pop star used facial recognition technology at a California concert to search the crowd for any of her known stalkers — without attendees' knowledge.

And it's far from the only example of the tech's increasing ubiquity in American life.

On May 18, fans flocked to Swift's concert at the Rose Bowl stadium in Pasadena, California. On their way to their seats, many stopped by a kiosk showing clips of the artist rehearsing.

While those fans stared at the screens, a facial recognition camera within the display took their photos. It then transmitted the photos to a "command post" in Nashville, Tennessee, where Swift's team could see if any of the faces matched those of her hundreds of known stalkers, security expert Mike Downing told Rolling Stone.

Downing was at the concert as a guest of the unnamed company behind the facial recognition tech, which he saw demonstrated onsite. As he told Rolling Stone, "Everybody who went by would stop and stare at it, and the software would start working."

The Rolling Stone story leaves a lot of questions unanswered. Did the facial recognition tech actually identify any Swift stalkers? What happened to the photos of fans after the show? Did the pop star's team have a moral obligation to let attendees know they were being filmed?

What we do know, though, is that facial recognition tech is becoming an ever-more-common part of everyday life — and not just in surveillance states such as China. It's currently in use at U.S. airports and police stations, and soon, it could be in the nation's schools.

In most of these cases, the idea is that facial recognition tech can help people stay safe — just like the intention behind the facial recognition system at Swift's concert. But right now, the technology simply isn't accurate enough to warrant the kind of widespread use it's currently getting.

READ MORE: Get Ready for Your Close Up [Rolling Stone]

More on facial recognition: You Can Now Navigate a US Airport Terminal Using Just Your Face as ID