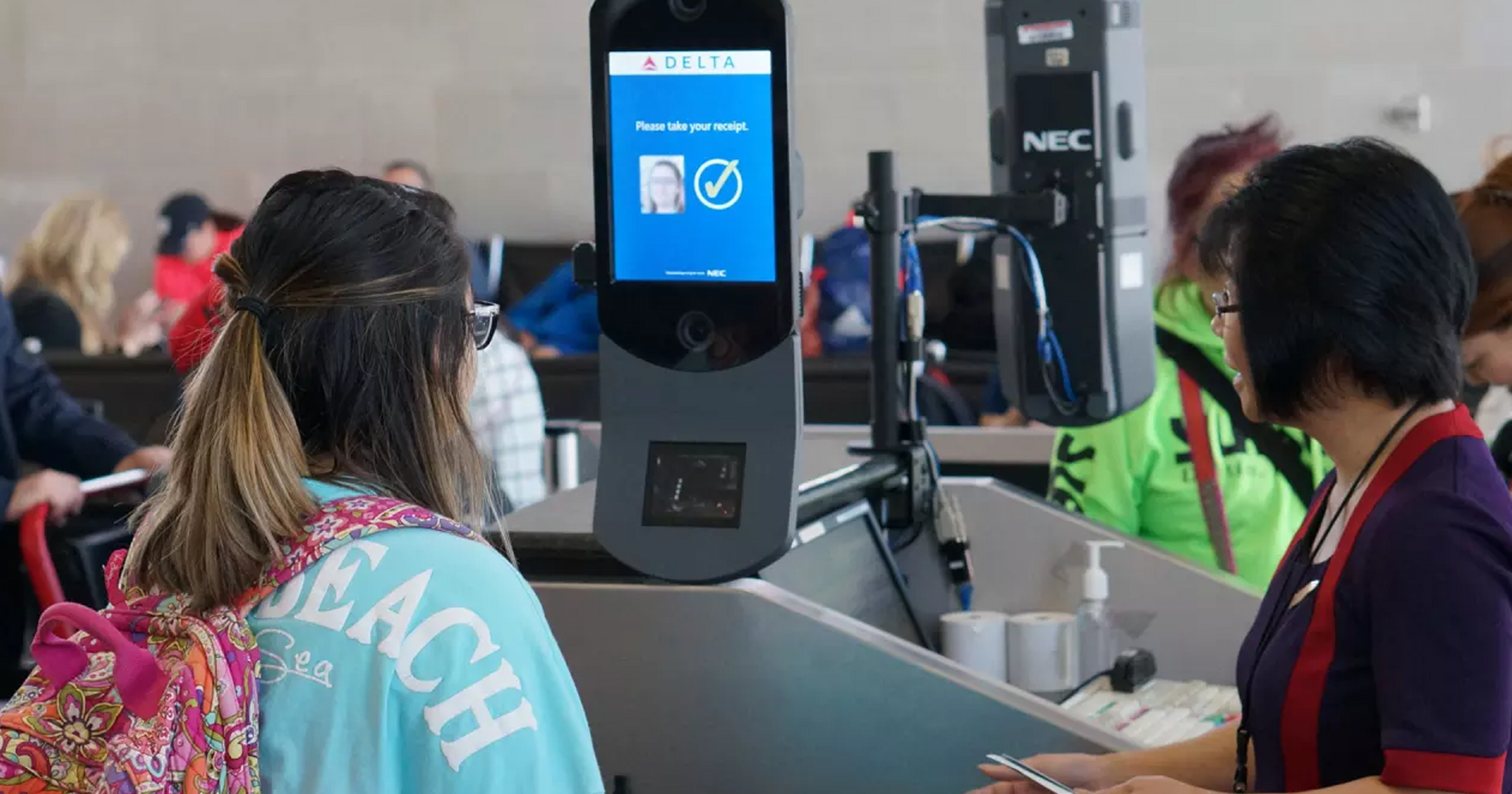 An Atlanta terminal is getting a biometric upgrade.

An Atlanta terminal is getting a biometric upgrade.

There are lots of indignities of modern air travel — cramped seats, barely palatable food. But there's nothing quite like fumbling to pull your passport out of your bag while an unsympathetic TSA agent and a line of people glare at you.

Soon, though, some passengers flying out of one U.S. terminal will have another option. The only type of ID they'll have to show is their face.

On September 20, Delta announced plans to launch the first biometric terminal in the U.S. at Hartsfield-Jackson Atlanta International Airport. Starting in December, international passengers flying out of Terminal F will have the option of completing the check-in, baggage, security, boarding, and customs processes using facial recognition software.

If passengers want to use the biometric identification system, they first must check in at home by entering their passport information online. When they arrive at the airport, they'll approach a kiosk in the lobby. A camera will take their photo, and the system will compare it to the photo on file with U.S. Customs and Border Protection. After that, the passenger approaches more cameras that will shepherd them through the baggage drop-off, TSA checkpoints, and the boarding area.

Passengers will still be able to go through the terminal with their ID as usual if they choose. In a blog post describing the program, Delta emphasized that passengers should still bring their passports on international trips.

Delta claims the facial recognition option can save a traveler up to nine minutes per trip, so don't expect it to be your saving grace if you're running late for a flight.

But if you'd rather not empty the contents of your purse onto some TSA agent's kiosk in the hunt for your passport — and you aren't worried about Delta having this biometric info on you in some database — facial recognition could be the way to go. After all, you'll never misplace your face.

READ MORE: Delta’s Fully Biometric Terminal Is the First in the US [Engadget]

From Our Partners
Fly For Less This Cyber Week With Dollar Flight Club
12. 5. 21
Read More
All-Seeing App
Brutal Startup Is Using Eye Tracking to Force You to Watch Ads
3. 22. 19
Read More
Eye on You
Google Wins Lawsuit Over Facial Recognition Technology
12. 30. 18
Read More
+Social+Newsletter
TopicsAbout UsContact Us
Copyright ©, Camden Media Inc All Rights Reserved. See our User Agreement, Privacy Policy and Data Use Policy. The material on this site may not be reproduced, distributed, transmitted, cached or otherwise used, except with prior written permission of Futurism. Articles may contain affiliate links which enable us to share in the revenue of any purchases made.
Fonts by Typekit and Monotype.