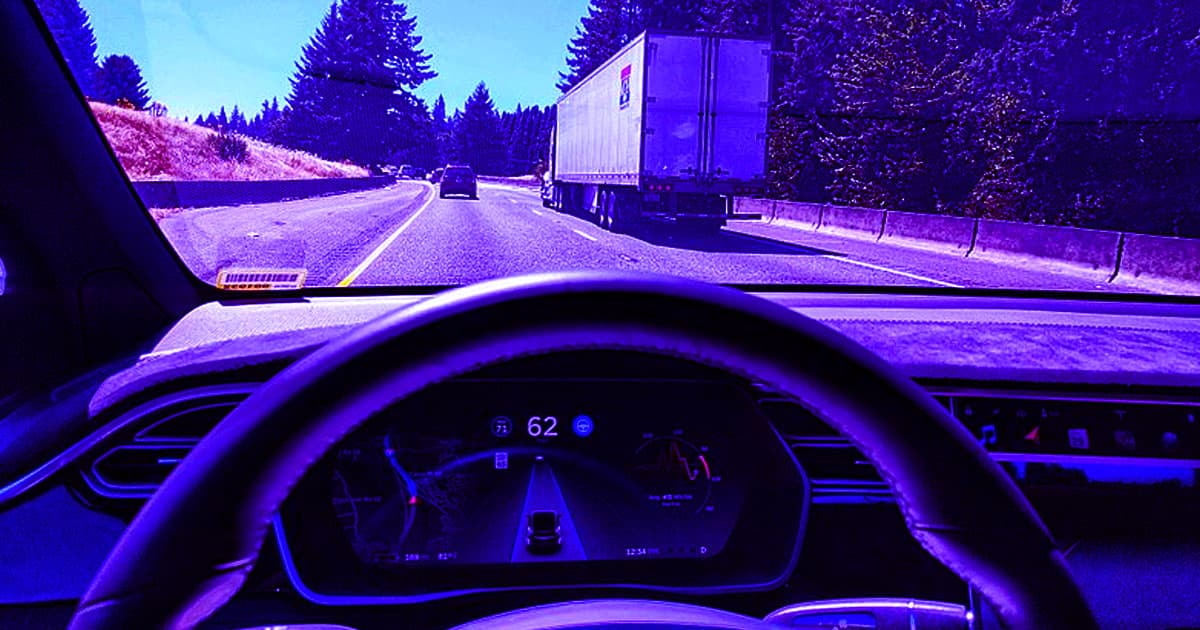 Tesla: Autopilot Is Nearly 9 Times Safer Than the Average Driver

On Wednesday, Tesla released its third quarter 2019 update, and the good news wasn't limited to the company's buoyant financials.

Tesla pulled its figures on human-driven cars from National Highway Traffic Safety Administration (NHTSA) data, but as pointed out by Electrek, the company isn't exactly comparing apples to apples.

Autopilot is typically used on highways, for example, where driving conditions are simpler than surface streets. And Teslas are generally newer vehicles, giving them a leg up in terms of safety when compared to the range of other, sometimes much older vehicles contributing to the accidents recorded by the NHTSA.

Autopilot arguably has another advantage, too: if a Tesla with Autopilot engaged makes a mistake, the human driver can quickly take over the controls to avoid catastrophe.

A more apt comparison might be Autopilot to previous versions of itself — and there's good news there, too.

In the first and second quarters of 2019, the system's accident rate was approximately one accident for every 2.87 million miles and 3.27 million miles, respectively — making the jump to 4.34 million impressive even when human-driven cars are removed from the equation.

More on Autopilot: Tesla Says Autopilot Is Statistically Safer Than a Human Driver