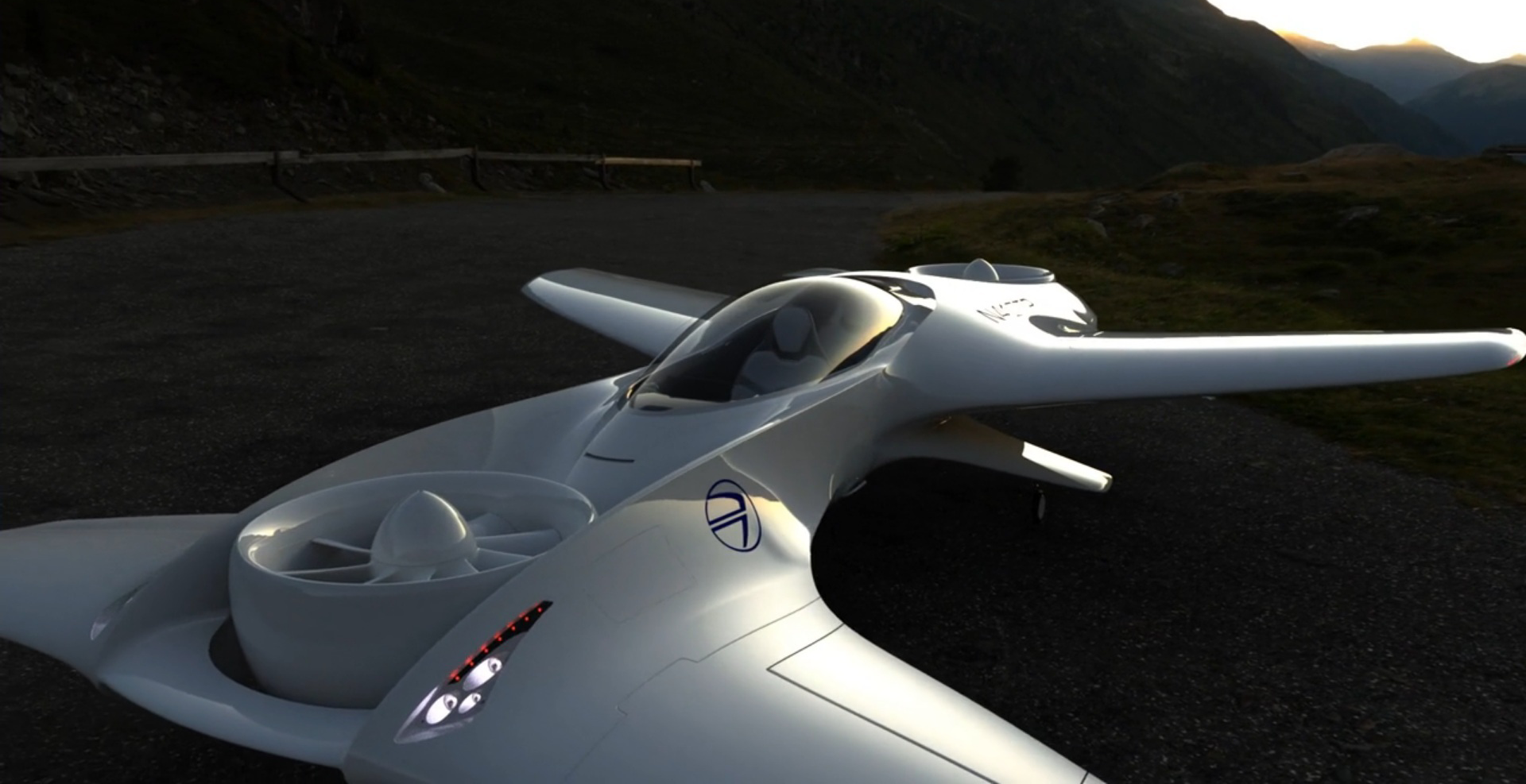 DeLorean cars have become a staple of '80s pop culture thanks to their starring role in Robert Zemeckis's iconic Back to the Future trilogy. Now, a new generation of the DeLorean family is looking to put the brand back into the spotlight by giving new meaning to a line kooky inventor Doc Brown delivers at the end of the first film: "Where we're going, we don't need roads."

In a recent Wired profile, Paul DeLorean, nephew of the original carmaker and current CEO and chief designer of DeLorean Aerospace, revealed that his company is joining the likes of Uber, Airbus, Kitty Hawk, and a few others in attempting to build a flying car.

DeLorean says the company is working on a two-seat, vertical takeoff and landing (VTOL) vehicle meant for personal transport and that will eventually be capable of autonomous flight. "We are moving forward on a full-size, piloted prototype which will carry two passengers and is designed to operate, fully electric, for a range of  [193 kilometers (120 miles)]," he explained to Wired.

Other flying cars in development are only expected to have ranges of around 40 to 80 kilometers (25 to 50 miles), so DeLorean's target is well above the norm.

As for design specifics, the DeLorean DR-7 aircraft sports two sets of wings, one at the vehicle's front and the other at its back, with another pair of winglets under the hind wings. The vehicle's takeoff and forward propulsion rely on a pair of fans, which are powered by electricity and mounted along its center. The fans swivel after takeoff to push the vehicle forward.

In all, the aircraft is about 6 meters (20 feet) long, with a wingspan of about 5.6 meters (18.5 feet). To help the aircraft fit into a (large) garage, the wings are capable of folding against the vehicle's sides.

Whether they be of the self-driving or flying variety, the cars of the future need to surmount regulatory hurdles before we'll see any kind of widespread adoption. The use of traditional vehicles and aircraft is currently regulated by numerous laws, and the advanced capabilities of autonomous or flying vehicles are presenting lawmakers with a slew of unprecedented questions.

We still have some time to wait before we can hope to see these flying vehicles in action, as experts don't expect the first models to be ready for another five to 15 years, but we are well on our way to a future in which roads won't be the only places we see cars.

Read This Next
LIDARally
Volvo's New Electric Car Won't Drive if It Detects That You're Drunk
Charged Up
Startup Says Amazing New Battery Lets EVs Drive 400 Miles, Recharge in 15 Minutes
Air Ferry
Paris Will Use Electric Flying Cars to Get Passengers to the Olympics
Shots Fired
Ford CEO Mocks Tesla For Rolling Out Half-Finished Autonomous Driving
Poor Comms Team
Volkswagen Says It Lied to Reporters About Name Change
More on Advanced Transport
High Tide
Yesterday on the byte
We’re in Awe of Amsterdam’s Huge Underwater Bike Parking Garage
Quelle Surprise!
Thursday on the byte
Of Course Elon Musk Is Pushing The Cybertruck Back Again, What Did You Expect?
Stay Away
Wednesday on the byte
New SUV Features Electrified Door Handles and Pepper Spray Guns
READ MORE STORIES ABOUT / Advanced Transport
Keep up.
Subscribe to our daily newsletter to keep in touch with the subjects shaping our future.
+Social+Newsletter
TopicsAbout UsContact Us
Copyright ©, Camden Media Inc All Rights Reserved. See our User Agreement, Privacy Policy and Data Use Policy. The material on this site may not be reproduced, distributed, transmitted, cached or otherwise used, except with prior written permission of Futurism. Articles may contain affiliate links which enable us to share in the revenue of any purchases made.
Fonts by Typekit and Monotype.