How Close Are We Really to Flying Cars?

More importantly, are they even practical? 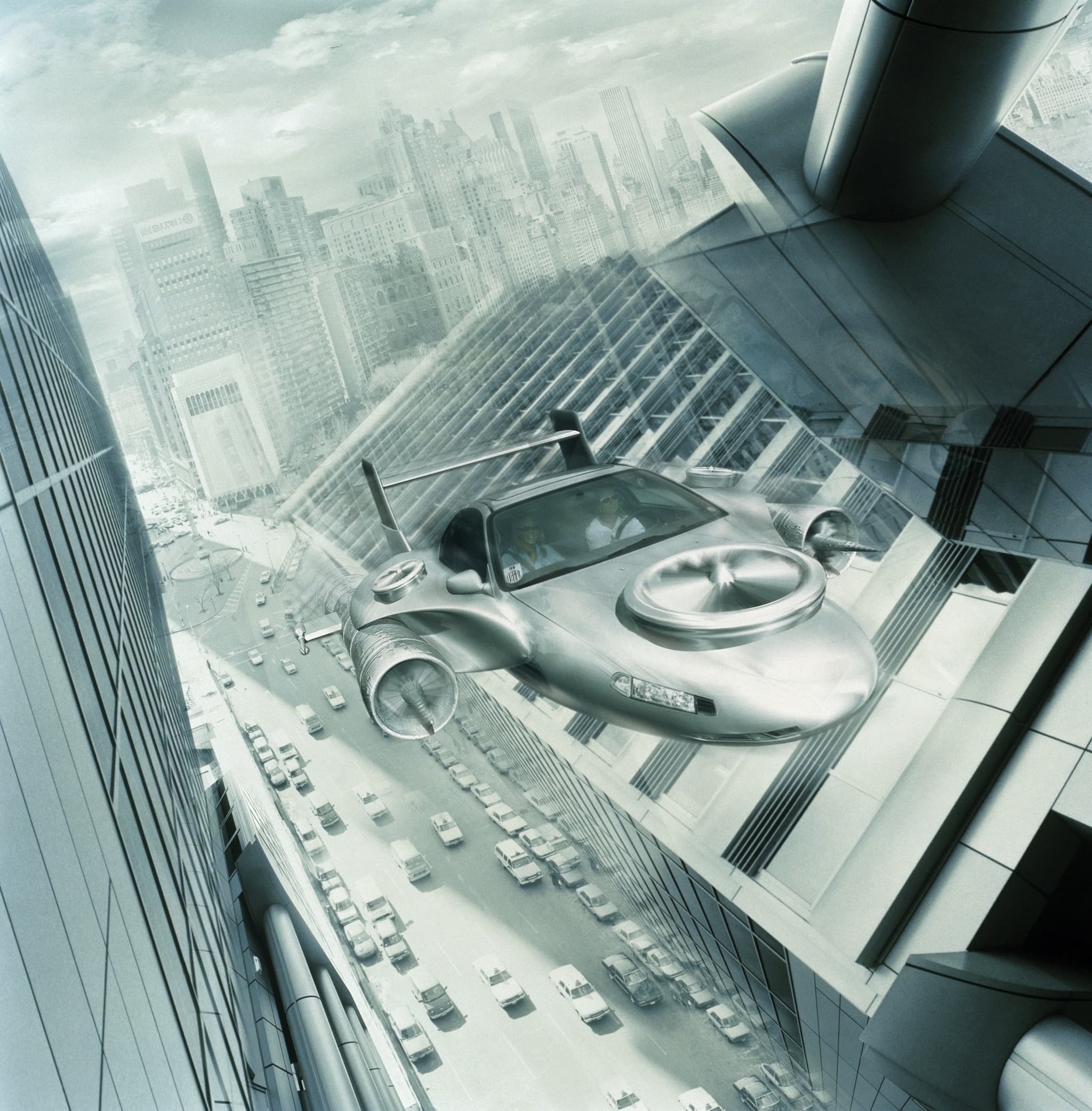 Flying cars have been a fixture of science fiction for just about as long as it's been an understood and practiced genre. Vehicles that can gracefully swoop around each other above our heads have, for so long, been out of reach, but more people than ever are currently working on seemingly plausible models of real-life flying cars.

So, let's take a tour of our progress on the path to the flying car, starting with its earliest iterations. The team over at Part Catalog has helped us out by providing the gifs below.

These vehicles, especially in the earlier years, look more like cars affixed to airplane wings than what you would imagine a flying car should look like. However, you can notice that the vehicles get a whole lot sleeker as the years move on.

These heli cars are, essentially, helicopters, but recent models are decidedly futuristic, crafted out of sustainable materials and powered by artificial intelligence (AI) software.

Take a large drone and attached a saddle to it, then step back to admire your new hover bike. These vehicles could provide an interesting alternative to the larger vehicles that many are designing. Who knows? This type of technology could morph into real-world pod racers.

These strange crafts originally looked a lot like the typical UFO you'd find in an old movie. But, as you can see, they have developed into what many might see as the "classic" flying car design over the years.

As more and more inventors and companies hop on the flying car bandwagon, little question has remained as to whether or not creating these vehicles is possible. It is, and many flying cars are already ready for action. The real question is how realistic it would be to use them in real-world settings. Having the technology isn't enough. It's needs to be practical as well. The flying car is here, but are we ready for it?

Read This Next
Futurism
New Zealand May Soon Get a Flying Taxi Service
Futurism
PAL-V's Flying Car Design Has Been Finalized, Will Arrive in 2019
Futurism
AirSpaceX's Autonomous Electric Flying Taxi Will Hit the Skies in 2026
Futurism
Uber CEO Says Flying Cars Are Only a Decade Away
Futurism
The Owner of Volvo Just Acquired a Flying Car Company
More on Advanced Transport
Kapow
Feb 3 on the byte
Self-Driving Car Plowed Into Active Fire Scene, Forcing Firefighters to Smash Its Window
Netflix and Drive
Jan 30 on futurism
Mercedes Claims to Have Achieved Level 3 Automation, Beating Tesla
Battery Trouble
Jan 30 on the byte
Tesla "Spontaneously" Bursts Into Flames While Driving Down Freeway
READ MORE STORIES ABOUT / Advanced Transport
Keep up.
Subscribe to our daily newsletter to keep in touch with the subjects shaping our future.
+Social+Newsletter
TopicsAbout UsContact Us
Copyright ©, Camden Media Inc All Rights Reserved. See our User Agreement, Privacy Policy and Data Use Policy. The material on this site may not be reproduced, distributed, transmitted, cached or otherwise used, except with prior written permission of Futurism. Articles may contain affiliate links which enable us to share in the revenue of any purchases made.
Fonts by Typekit and Monotype.