Uber CEO Says Flying Cars Are Only a Decade Away

One day, your Uber driver may also be your pilot. 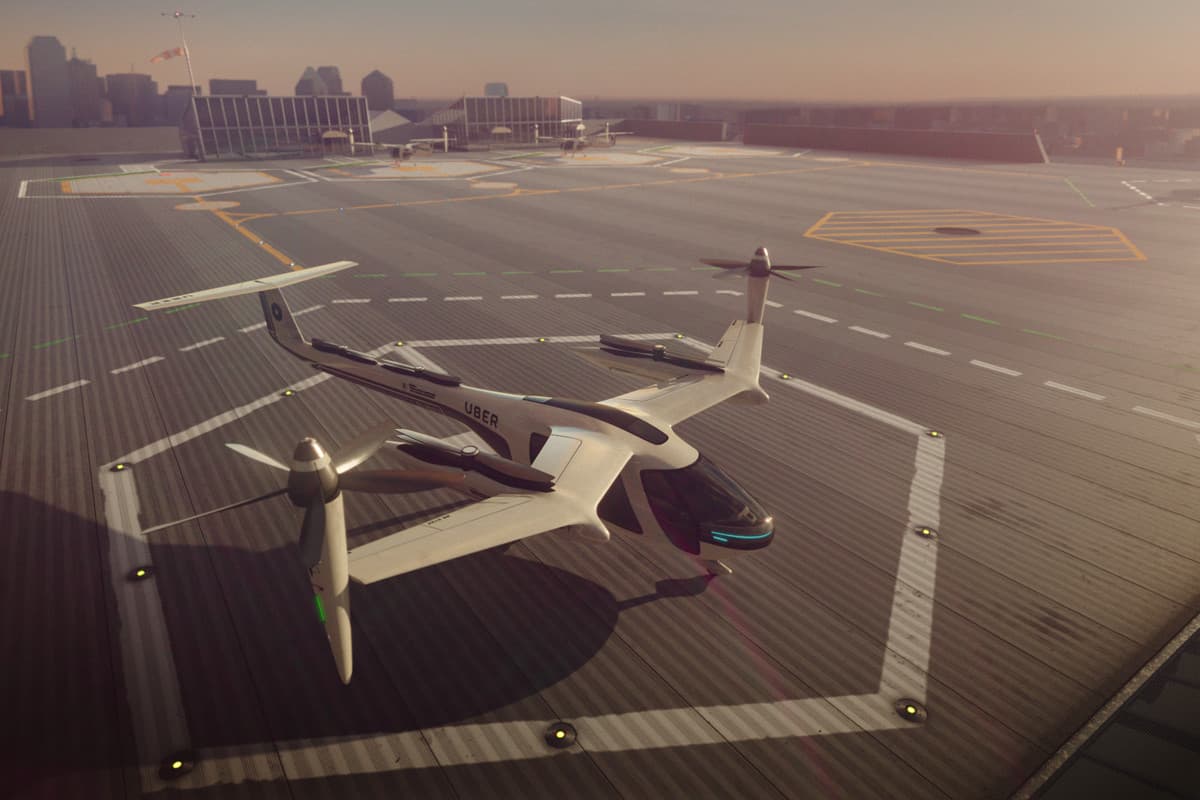 For most folks, few technological advancements conjure up the idea of "future" like flying cars, perhaps due to their ubiquitous presence in science fiction classics. But soon enough this seemingly impossible vehicle could break the boundaries of fiction and materialize in our cities. For Uber Technologies CEO Dara Khosrowshahi, that future is just ten years away.

“There will be people flying around Dallas, Texas. I think it’s going to happen within the next ten years," Khosrowshahi told audiences at the 2018 DLD tech conference in Munich, Bloomberg reports. It was his first public appearance in Europe since taking over Uber's reins.

Uber wants to take the lead when it comes to developing flying cars, particularly a flying taxi service to add to their ride-hailing business. Back in November 2017, Uber launched a project to do just that called Elevate. The company has been toying with the idea of an aerial taxi service since 2016, a plan now dubbed "uberAir."

As part their research efforts, Uber is working in tandem with NASA to develop air traffic control systems to allow for safe autonomous flight. As the idea of a flying car remains for now a proof of concept, there is still a long way to go before the right regulations for the circulation of small aerial vehicles are in place. But research institutions and private companies are determined to think ahead, and Uber is at the forefront of the conversation.

Designing cities suited to transport systems that still don't exist comes with unique challenges. In the case of flying cars, their very nature requires adapting our roads and air trajectories to vehicles that will seamlessly travel both on land and air. It flies but it's still a car. Coming up with clear guidelines and regulations — which, in the case of flying taxi services like Uber's, would also include setting up designated pick up points — can be extremely complex.

Fortunately, in countries like United States, the U.K., Israel, as well as in Europe and in Dubai, flying car regulations "seem to be in the most advanced stage," notes the European Flying Car Association (EFCA), at least in terms of allowing manufacturers to test their designs. Should these experiment evolve further, ten years down the line you're next Uber driver could also happen to be a pilot.