If This Leak Is Real, Uber Is in Huge Trouble

This is pretty bad. 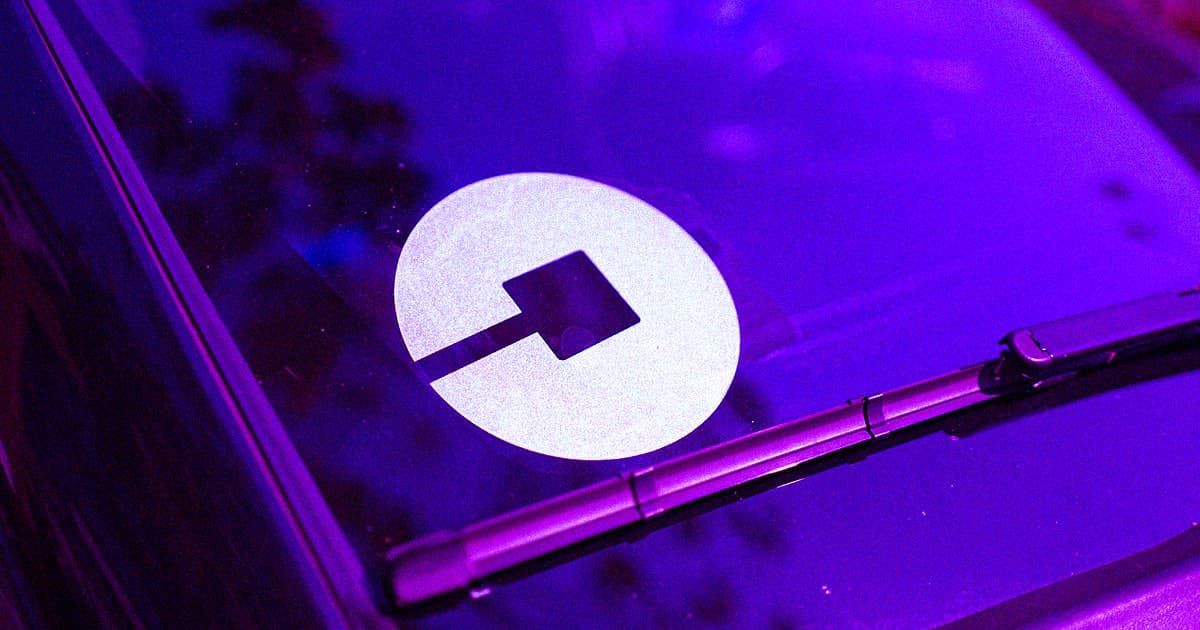 In a surprise to absolutely no one, oft-troubled rideshare app Uber is in hot water once again — and this time, powerful friends of the Silicon Valley giant, including French President Emmanuel Macron, might be going down too.

Dubbed the Uber Files, a massive data leak — obtained by The Guardian and shared with over 40 international news organizations including The Washington Post — allegedly reveals a thick stack of less-than-legal abuses ranging from exploiting violence against drivers and erasing incriminating data during police raids, to secretly lobbying governments and powerful figures worldwide, among other notable claims.

The more than 124,000 leaked internal documents were all sourced from the 5-year period in which the company, helmed at the time by controversial cofounder Travis Kalanick, was seeking aggressive worldwide expansion.

As the Guardian details, Uber's swift growth was met with outrage by the global taxi community. Some of these protests turned violent, notably in France, where drivers faced physical harm and damage to vehicles.

But according to the leak, Uber — which allegedly hit "kill switches" to demolish IT data before French police could get their hands on it — thought the violence bolstered its interests.

"I think it's worth it," read a message from Kalanick to execs, in response to concerns about the spree of anti-Uber attacks. "Violence guarantee[s] success."

France's then-economy minister Macron was apparently on Uber's side, too. He reportedly made a "secret" deal with the organization in spite of national outrage and citizen danger, and was just one of the company's many alleged European cohorts — a list including Russian oligarchs and top EU officials, according to the leak.

Spokespeople for Uber and Kalanick have scrambled to diminish and — in Kalanick's case — deny the claims, though most signs suggest that this astonishing leak is very much real. And according to the Guardian, the Files showed that company leaders were well aware of wrongdoing.

We cannot stress enough how much bad behavior is outlined in the Files, from the borderline-legal to the flat-out evil. Figures like top Obama aides have been implicated, and nothing, it seems, was off limits. An unsuccessful attempt to cozy up to the Russian administration during the invasion of Crimea? Why not! Actively undermine the livelihoods of South African drivers? Sure!

"Know this is a normal part of Uber's business," wrote another Uber bigwig in Asia, when confronted with government concerns over growing unrest. "Embrace the chaos. It means you're doing something meaningful."

Read This Next
Air Ferry
Paris Will Use Electric Flying Cars to Get Passengers to the Olympics
Mixed Feelings
Uber's "Safety Driver" During Deadly Self-Driving Car Crash Charged With Negligent Homicide
Listening In
Uber Is Going to Start Recording Audio During Rides
Futurism
Ride-Hailing Apps Linked to an Increase in Binge Drinking
Public Trust
Just 19 Percent of Americans Trust Self-Driving Cars With Kids
More on Advanced Transport
Apple Car News
Yesterday on the byte
Apple Gives Up on Making Its Upcoming Car Fully Autonomous
Stay Away
Tuesday on futurism
Tesla Is Having Extreme Trouble Hiring, for Some Reason
Pepsi Semi
Dec 2 on the byte
Tesla Semi Truck Drives 500 Miles Fully Loaded
READ MORE STORIES ABOUT / Advanced Transport
Keep up.
Subscribe to our daily newsletter to keep in touch with the subjects shaping our future.
+Social+Newsletter
TopicsAbout UsContact Us
Copyright ©, Camden Media Inc All Rights Reserved. See our User Agreement, Privacy Policy and Data Use Policy. The material on this site may not be reproduced, distributed, transmitted, cached or otherwise used, except with prior written permission of Futurism. Articles may contain affiliate links which enable us to share in the revenue of any purchases made.
Fonts by Typekit and Monotype.