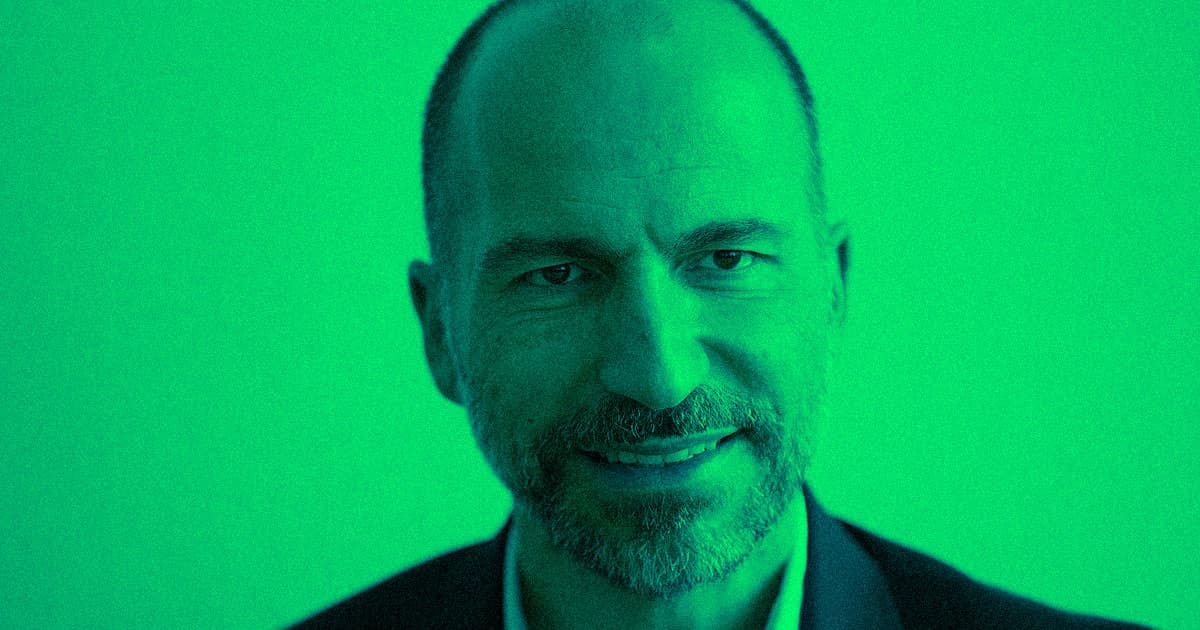 "I think that people make mistakes."

"I think that people make mistakes."

Dara Khosrowshahi, CEO of Uber, humbly requests that we forgive and forget that one of his company’s self-driving cars killed someone last year.

On Sunday’s episode of “Axios on HBO,” Khosrowshahi compared the murder of journalist Jamal Khashoggi at the hands of the Saudi Arabian government to the pedestrian who was struck and killed by one of his company’s self-driving cars, according to Gizmodo. Bizarrely, Saudi Arabia’s sovereign investment fund happens to be a major investor in Uber, and the fund’s governor sits on Uber’s board.

“I think the government said they made a mistake” by killing Khashoggi, Khosrowshahi said on the program. “It’s a serious mistake. We’ve made mistakes too. We stopped driving and we’re recovering from that mistake. I think that people make mistakes. It doesn’t mean that they can never be forgiven. I think they have taken it seriously.”

After the episode ran, Khosrowshahi sent a statement to Axios completely reversing what he said, presumably because Uber’s press team heard his original comments and suffered a collective freakout.

“I said something in the moment that I do not believe,” Khosrowshahi told Axios in the statement. “When it comes to Jamal Khashoggi, his murder was reprehensible and should not be forgotten or excused.”

Reports recently surfaced that Uber never programmed its self-driving car AI to detect jaywalkers, an oversight that likely contributed to the death of Elaine Herzberg, who was killed by an experimental self-driving car last year.

READ MORE: Uber CEO Says Murder of Journalist By Saudi Government Was ‘Mistake’ That Can Be Forgiven [Gizmodo]

Elon Take the Wheel
Tesla’s In-Car Cameras Are Now Spying on Drivers to Make Sure They Pay Attention
6. 1. 21
Read More
Look Ma
It’s Shockingly Easy to Drive a Tesla Without Anybody in the Driver’s Seat
4. 22. 21
Read More
Mixed Feelings
Uber’s “Safety Driver” During Deadly Self-Driving Car Crash Charged With Negligent Homicide
9. 16. 20
Read More
+Social+Newsletter
TopicsAbout UsContact Us
Copyright ©, Camden Media Inc All Rights Reserved. See our User Agreement, Privacy Policy and Data Use Policy. The material on this site may not be reproduced, distributed, transmitted, cached or otherwise used, except with prior written permission of Futurism. Fonts by Typekit and Monotype.