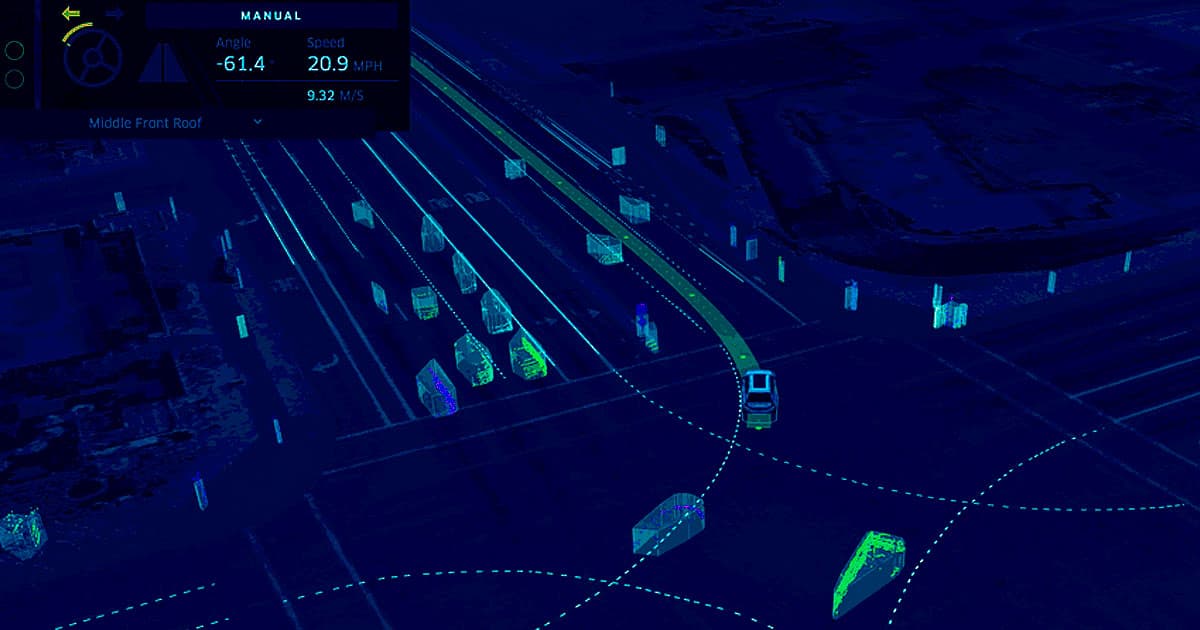 It was only programmed to detect humans in crosswalks.

It was only programmed to detect humans in crosswalks.

In March 2018, a self-driving Uber vehicle in Tempe, Arizona, struck and killed a woman named Elaine Herzberg as she walked her bicycle across a street outside of a designated crosswalk.

On Tuesday, the National Transportation Safety Board released hundreds of pages of documents related to its investigation into the crash — and according to those documents, the Uber's software didn't even know people could exist outside of crosswalks, let alone what it should if it encountered a jaywalker.

The self-driving Uber noticed Herzberg about 5.6 seconds before impact, according to the NTSB's investigation.

But because it didn't expect to see a person in the middle of the road outside of crosswalks, it first classified her as "vehicle." It then changed that classification several times before finally settling on "bicycle" — and realizing that a collision was imminent — just 1.2 seconds before impact.

At that point, the vehicle could've slammed on its brakes — but it didn't do that until just .2 seconds before impact.

According to the NTSB, that was due to a built-in one-second delay between when the car detects a potential crash and when it does something to avoid it.

The goal of the delay is to avoid false positives, but in the case of Herzberg, that extra second might have been enough time for the self-driving Uber — or the safety driver behind its wheel — to take action to prevent her death.

Kiddy League
Tesla Fans Put Child in Path of Moving Tesla on Self-Driving Mode
8. 15. 22
Read More
Uber Bad
If This Leak Is Real, Uber Is in Huge Trouble
7. 11. 22
Read More
Self-Delusion
Experts Alarmed by Videos of Tesla Full Self-Driving Totally Screwing Up
2. 12. 22
Read More
+Social+Newsletter
TopicsAbout UsContact Us
Copyright ©, Camden Media Inc All Rights Reserved. See our User Agreement, Privacy Policy and Data Use Policy. The material on this site may not be reproduced, distributed, transmitted, cached or otherwise used, except with prior written permission of Futurism. Articles may contain affiliate links which enable us to share in the revenue of any purchases made.
Fonts by Typekit and Monotype.