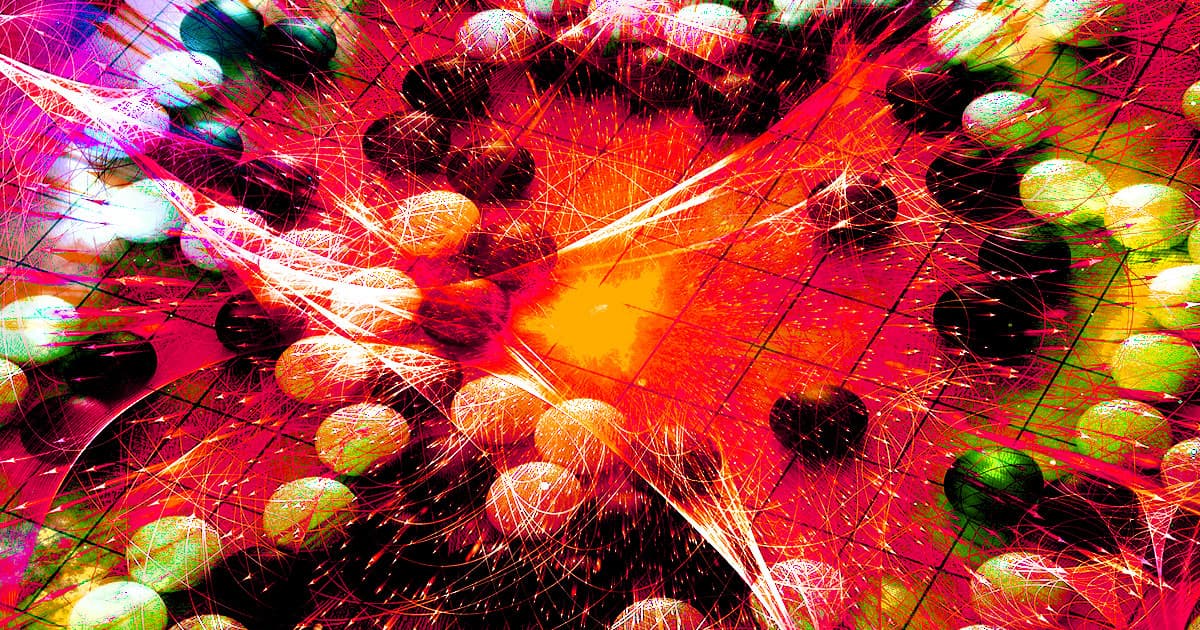 Scientists Played a Game of Go at the Quantum Scale

A team of Chinese scientists put a new twist on the ancient game Go: They shrunk it down to the quantum scale.

In this new version, the classic black and white stones players use as game pieces were taken away and replaced by pairs of entangled photons, according to Phys.org. While the game is an unusual quantum experiment on its own, the researchers say that the work could herald a new era of quantum physics-based games.

In a regular game of Go, players try to claim territory on a board and capture each other’s stones by surrounding them with their own. It’s an extremely complex game governed by extremely simple rules, which has made it a common target for AI researchers.

But in the quantum version, which is described in a paper shared on the preprint server ArXiv last month, the use of entangled photons introduces new layers of complexity and randomness.

The main difference between the two games is that now it matters whether an encircled photon is entangled with another or not. When a player places down two photons, they remain entangled until another photon is placed next to one of them. For as long as they’re entangled, neither photon can be captured.

And thanks to the tricky nature of quantum physics, a player won’t know whether a given photon is entangled with another until they try to capture it, adding a new element of chance and trickery that renders classic Go strategies useless.

Games We Love
This Pandemic Board Game From 2017 Is Almost Too Perfect for 2020
11. 13. 20
Read More
Brands We Love
Gravity Maze Is an Addictive Marble Game That Teaches Kids About STEM
2. 17. 20
Read More
Multidimensional Cats
This Physicist Believes There Are Countless Parallel Universes
10. 25. 19
Read More