The method could provide a starting point for the future of long-distance satellite communication in space. 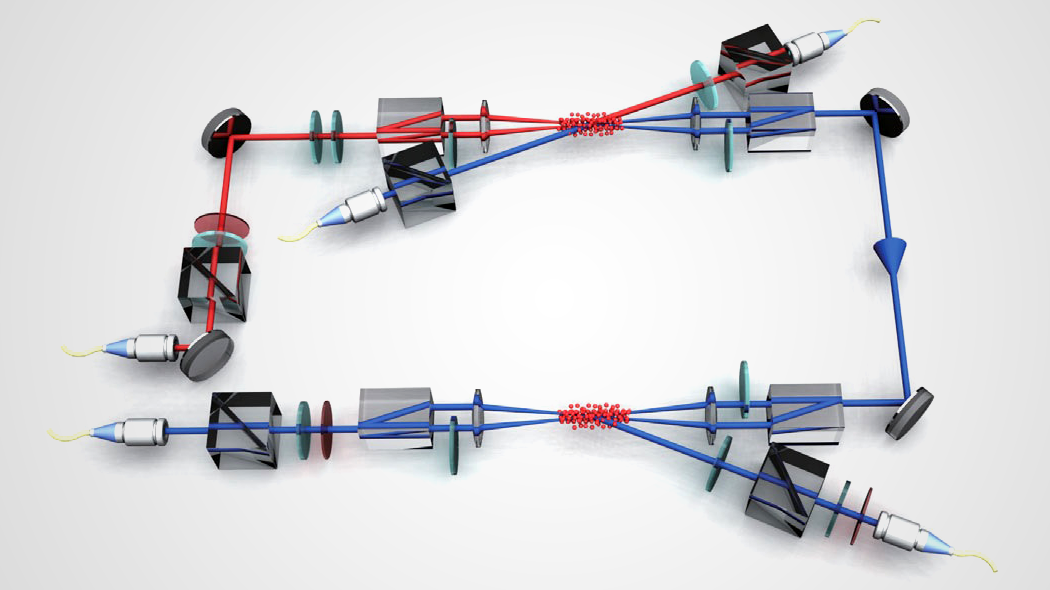 In a rather remarkable demonstration, physicists from the University of Science and Technology of China and the Nanjing University of Posts and Telecommunications have developed a way to use quantum memory for quantum secure direct communication (QSDC). They published the results of their experiment in the journal Physical Review Letters.

Whenever one encounters the word quantum, it's not uncommon to feel a bit unsure of what it means. Since quantum refers to the smallest types of matter — usually particles — the concept shouldn't be too fundamentally difficult to explain. Quantum physics, in essence, deals with "the physics of the small."  Other theories or applications describe some behavior of particles. Quantum communication, the exchange of information using quantum particles, is one such application.

"Quantum communication provides an absolute security advantage, and it has been widely developed over the past 30 years." the researchers wrote in the study's abstract, adding that "[QSDC] promotes high security and instantaneousness in communication through directly transmitting messages over a quantum channel." Usually, QSDC protocols rely on fiber delay lines to transmit information, which have their limitations. The use of quantum memory, however, may be able to break through those limitations.

As quantum communication is more secure, physicists have been working on ways to extend its usual reach. This requires quantum memory, which would allow it to effectively control information transfer in the quantum networks of the future. One method for quantum memory relies on using entangled photons. Entanglement is a quantum state that allows for particles to be linked even when separated by huge distances. In the case of quantum memory, the particles would be stored to establish entanglement between separated memories.

Researchers have demonstrated the necessary steps in a QSDC protocol: generating entanglement, having a secure channel, and the ability to distribute, store, and encode the entangled photons. To bypass the usual difficulty in decoding entangled photons, the researchers opted for an alternative method that was easier to implement.

While they were able to demonstrate QSDC effectively using quantum memory, the researchers hope to extend its distance further: perhaps up to 100 km (62 miles) if not more. Quantum teleportation and entanglement have already been shown to be capable of bridging such distances. This would be an important step to realize the future of long-distance, satellite-based and global-scale QSDC for a more secure transfer of information around the world.

Read This Next
Futurism
Quantum Video Call Displays the Future of Secure Communication
Futurism
The Future of Cybersecurity Is in High-Speed Quantum Encryption
Futurism
Physicists Quantum Entangle Silicon Devices to Send Information Over a 20-Centimeter Distance
Futurism
Scientists Have Conducted the First Ever Quantum Video Call
Futurism
Physicists Just Quantum Teleported Complex Light Patterns For The First Time
More on Hard Science
Warped Tour
Feb 2 on futurism
Professor Believes Door to Warp Drive May Lie With Ethylene Glycol
Sky Bursts
Feb 2 on the byte
Astronomers Intrigued by 25 Mysterious Repeating Radio Signals From Deep Space
Tractor Beam
Jan 26 on the byte
Scientists Build Working Tractor Beam, Although It's Comically Tiny
READ MORE STORIES ABOUT / Hard Science
Keep up.
Subscribe to our daily newsletter to keep in touch with the subjects shaping our future.
+Social+Newsletter
TopicsAbout UsContact Us
Copyright ©, Camden Media Inc All Rights Reserved. See our User Agreement, Privacy Policy and Data Use Policy. The material on this site may not be reproduced, distributed, transmitted, cached or otherwise used, except with prior written permission of Futurism. Articles may contain affiliate links which enable us to share in the revenue of any purchases made.
Fonts by Typekit and Monotype.