The quantum internet is officially within reach. 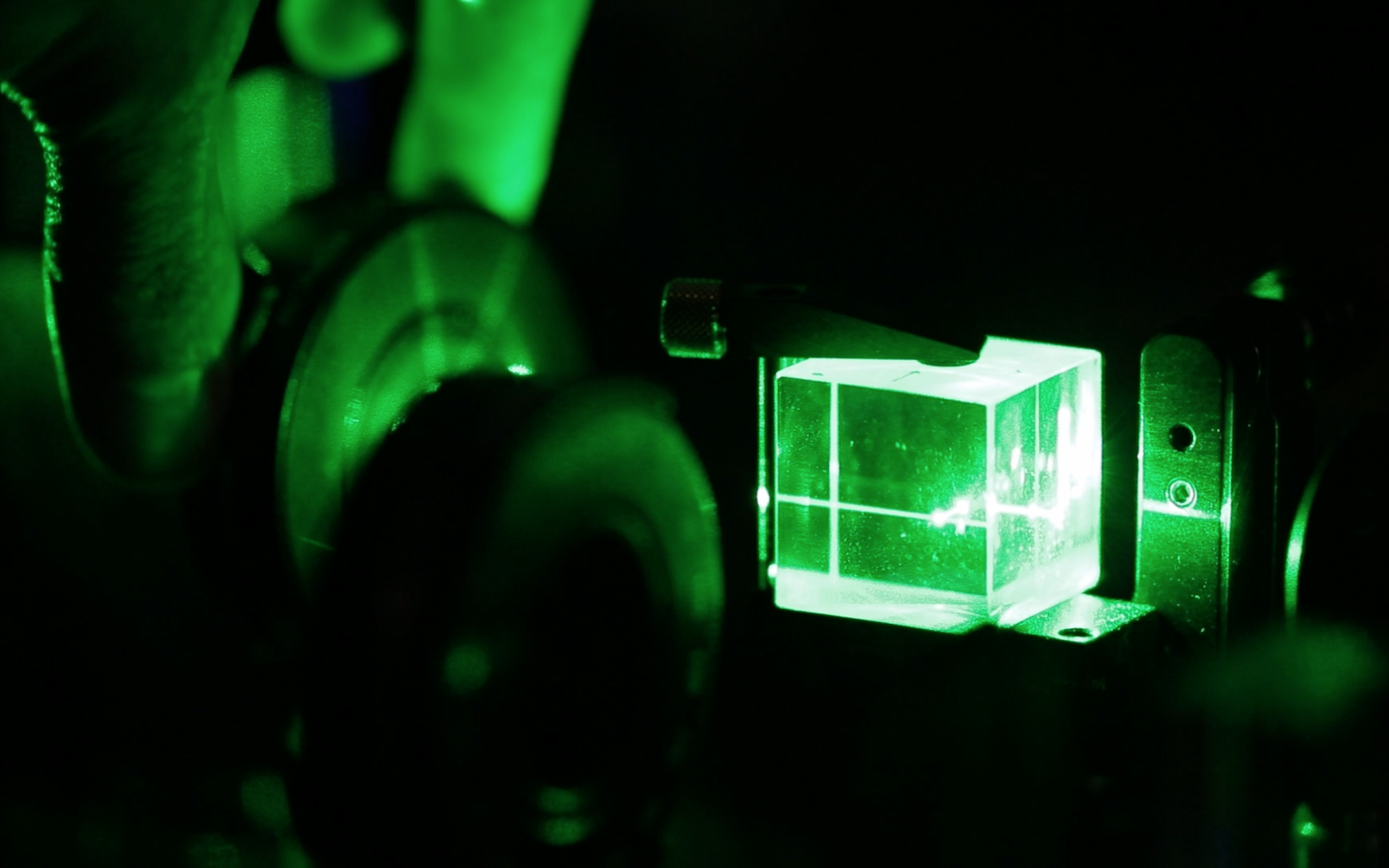 A team of researchers from the Australian National Univeristy (ANU) have made a significant achievement that could bring quantum computing and the much anticipated quantum internet closer to reality. In a study published in the journal Nature Physics, the team led by ANU Research School of Physics associate professor Matthew Sellars found a way to extend the data storage time of quantum systems using crystals treated with a rare-Earth element called erbium.

"We have shown that an erbium-doped crystal is the perfect material to form the building blocks of a quantum internet that will unlock the full potential of future quantum computers," Sellars said in an ANU press release. "We had this idea 10 years ago, but many of our peers told us that such a simple idea couldn't work. Seeing this result, it feels great to know that our approach was the right one."

The so-called building blocks of quantum computers and a quantum internet are quantum bits (or qubits), which are entangled particles that can carry information simultaneously as both ones and zeroes. Compared to binary bits in conventional computers, which can only be a 0 or a 1 at a given moment, qubits allow for processing significantly more information faster. The challenge has been in prolonging the entangled state, and thereby extending the length of time data can be stored.

Sellars and his team approached the problem from an engineering perspective. By using erbium crystals, with their unique quantum properties, the ANU team were able to successfully store quantum information for 1.3 seconds. That's a quantum memory that's 10,000 times longer compared to other efforts. Plus, it eliminates the need for a conversion process since the erbium crystals operate in the same bandwidth as current fiber optic networks.

"At the moment researchers are using memories that don't work at the right wavelength, and have to employ a complicated conversion process to and from the communications wavelength," ANU researcher Rose Ahlefeldt explained. "This can be inefficient, and means they have to do three very difficult things instead of just one."

While we've already demonstrated long-distance quantum entanglement, extending the length of time data can be stored in a quantum memory is important in perfecting quantum communication, which is crucial in the development of a quantum internet. This kind of quantum network promises faster information transfer, as well as "hack-proof" communication because it uses a type of encryption that keeps messages and information secure via a quantum key. In short, tampering with messages sent through a quantum internet is nearly impossible.

Read This Next
Confirmation Bias
Microsoft Retracts Paper Claiming Quantum Computing Breakthrough
Totally Incoherent
Scientists Create Quantum System That Stays Operational 10,000 Longer
Thermostats? More Like Burnostats.
Honeywell: We Are Beating Everyone’s Ass at Quantum Supremacy
Qubit Conundrum
IBM Just Unveiled Its First Commercial Quantum Computer
Futurism
How Einstein's "Spooky Action" Could Help Secure Quantum Networks
More on Hard Science
Warped Tour
Feb 2 on futurism
Professor Believes Door to Warp Drive May Lie With Ethylene Glycol
Sky Bursts
Feb 2 on the byte
Astronomers Intrigued by 25 Mysterious Repeating Radio Signals From Deep Space
Tractor Beam
Jan 26 on the byte
Scientists Build Working Tractor Beam, Although It's Comically Tiny
READ MORE STORIES ABOUT / Hard Science
Keep up.
Subscribe to our daily newsletter to keep in touch with the subjects shaping our future.
+Social+Newsletter
TopicsAbout UsContact Us
Copyright ©, Camden Media Inc All Rights Reserved. See our User Agreement, Privacy Policy and Data Use Policy. The material on this site may not be reproduced, distributed, transmitted, cached or otherwise used, except with prior written permission of Futurism. Articles may contain affiliate links which enable us to share in the revenue of any purchases made.
Fonts by Typekit and Monotype.