Scientists Have Conducted the First Ever Quantum Video Call

The Chinese Academy of Sciences plans to call Russia, Singapore, and Italy next. 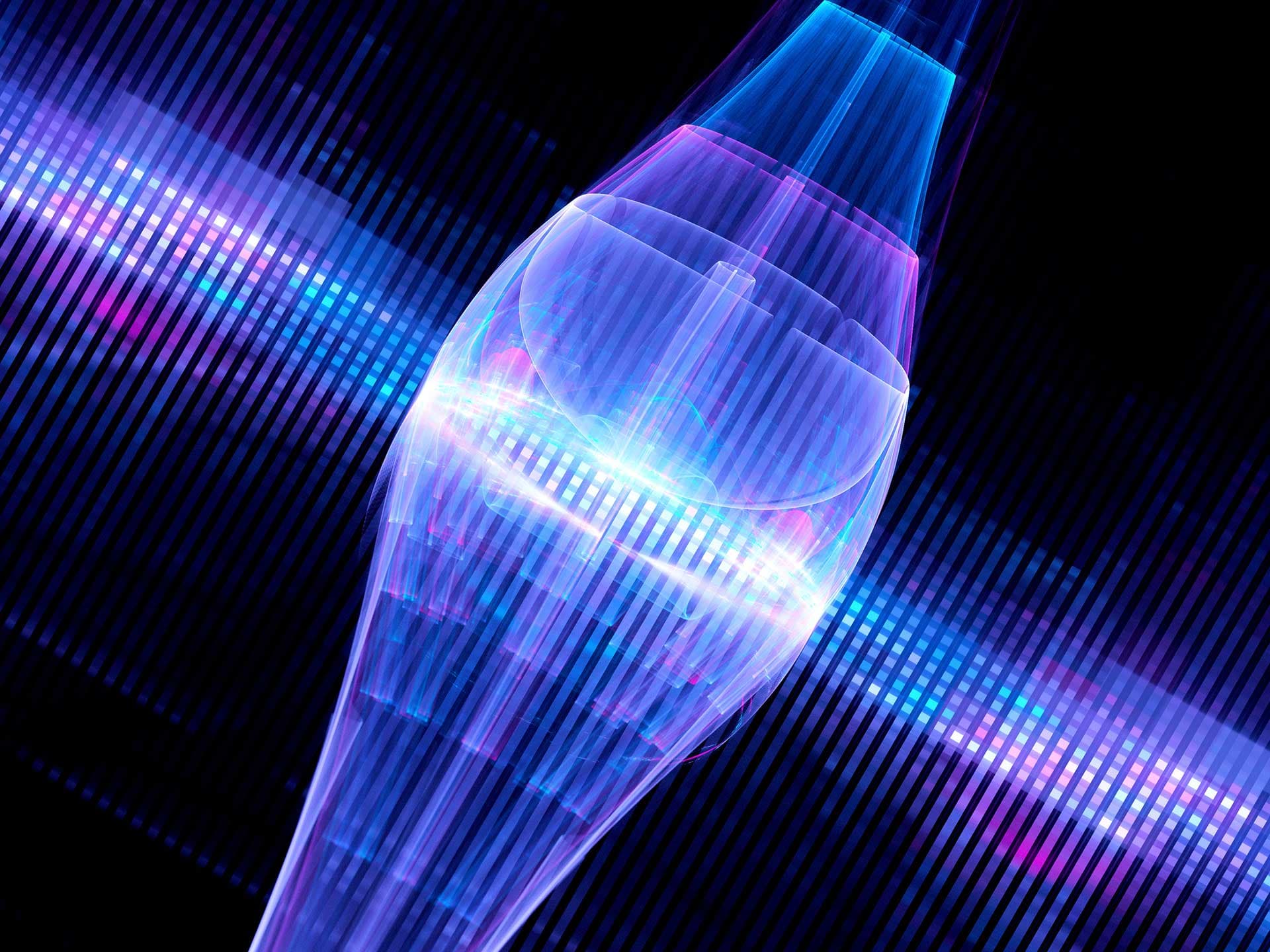 On September 29, a video call took place between Beijing, the capital of China, and Vienna, the capital of Austria. This wasn't any ordinary call, however: it was the first live demonstration of a call powered and securely encrypted using quantum technology. It marks a huge breakthrough in the realm of quantum communications, and shows the potential impact the technology could have on how information is transmitted and secured.

The quantum video call is the result of a collaboration between researchers at the Chinese Academy of Sciences, the Austrian Academy of Sciences, and the University of Vienna. The call was encrypted by sending information embedded in particles of light (photons) generated by the Micius satellite. Micius was launched last year and successfully used quantum cryptography to send data to Earth back in August.

As explained by the Austrian Academy of Sciences, the photons are sent to ground stations located in China and Europe, as well as the Satellite Laser Ranging Station in Austria's city of Graz. Using the orbital relay station, communications can bypass the limitations imposed by the curvature of the Earth and the signal loss in long fiber optic cables. More importantly, unlike traditional communication methods (which can be hacked by anyone with the right technical knowledge) the process for quantum communications is said to be unhackable; anyone who attempts to infiltrate the system will immediately be discovered.

"If somebody attempts to intercept the photons exchanged between the satellite and the ground station and to measure their polarization, the quantum state of the photons will be changed by this measurement attempt, immediately exposing the hackers," explains Johannes Handsteiner from the Austrian Academy of Sciences.

It should be noted that quantum communications are only currently unhackable, and that's largely due to how new the technology is. Someone could eventually devise a way to intercept such communications, which would  hopefully, in turn, spur the development of more secure methods. We have some time before that happens, but for now at least, quantum technology is our most secure way of sharing data.

Beijing and Vienna won't be the only cities to experience quantum video calls, though. According to the Chinese Academy of Sciences, future calls are planned between China and Singapore, Italy, Germany and Russia. Through constant use, we may be able to learn of the technology's limitations, and the minimum hardware required to make it possible. We said in August that China appears to be leading the charge on quantum technology, and it continues to be the case months later.

Read This Next
Whack-an-Alien
Chinese Scientists Say They May Have Detected Signal From Extraterrestrial Intelligence, But Probably Not
Make It Rain
Scientists Say They Caught China Successfully Changing the Weather
Meet Garlic
Chinese Firm Wants to Give Cloned Pets the Original's "Memories"
Greater Good
China Isn’t Afraid to Be the "Bad Guy" of CRISPR Research
This Week in Tech
This Week in Tech: Oct 27 – Nov 2
More on Hard Science
Warped Tour
Feb 2 on futurism
Professor Believes Door to Warp Drive May Lie With Ethylene Glycol
Sky Bursts
Feb 2 on the byte
Astronomers Intrigued by 25 Mysterious Repeating Radio Signals From Deep Space
Tractor Beam
Jan 26 on the byte
Scientists Build Working Tractor Beam, Although It's Comically Tiny
READ MORE STORIES ABOUT / Hard Science
Keep up.
Subscribe to our daily newsletter to keep in touch with the subjects shaping our future.
+Social+Newsletter
TopicsAbout UsContact Us
Copyright ©, Camden Media Inc All Rights Reserved. See our User Agreement, Privacy Policy and Data Use Policy. The material on this site may not be reproduced, distributed, transmitted, cached or otherwise used, except with prior written permission of Futurism. Articles may contain affiliate links which enable us to share in the revenue of any purchases made.
Fonts by Typekit and Monotype.