If they succeed, it would have major implications for quantum computing. 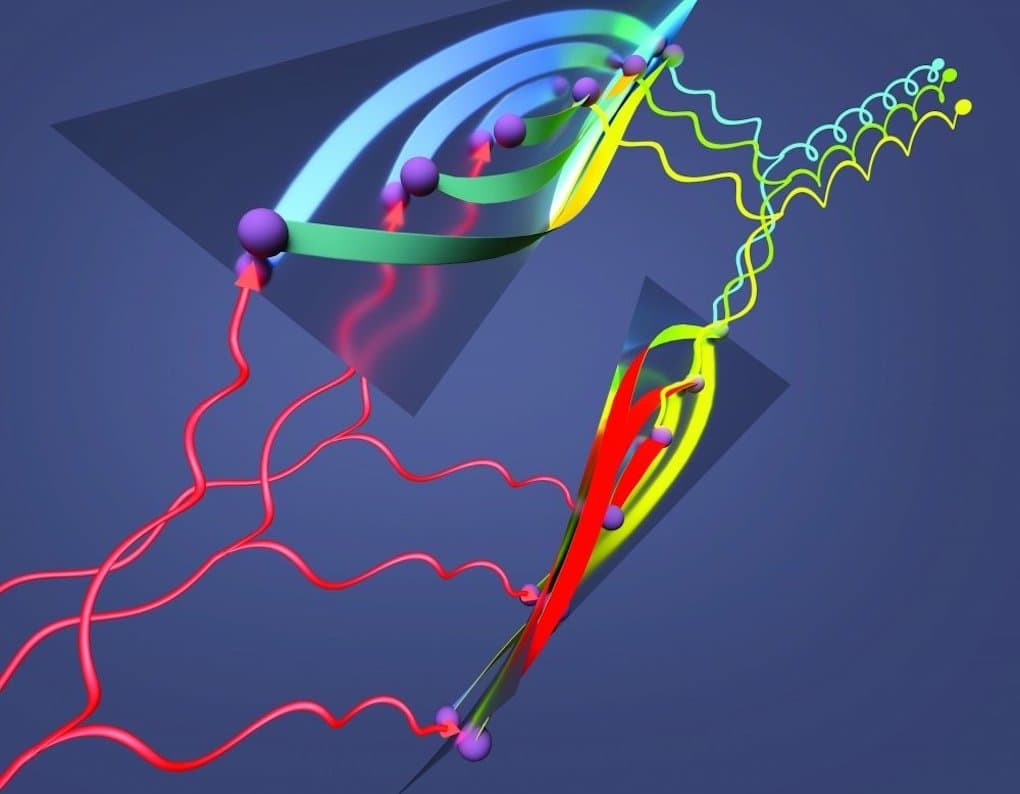 For years, physicists have worked towards the ability to directly measure Berry curvature. Often discussed as a "holy grail," this observation has seemed impossible to make until now.

Berry curvature is associated with "Berry phase," also known as a geometric phase, which is a phase angle. It "describes the global phase evolution of a complex vector as it is carried around a path in its vector space," according to Rutgers.

Berry curvature isn't widely popular or well-known, but it is a major unifying principle in both quantum and classical physics. This quantum mechanical property governs the dynamics of the motion of charges in semiconducting solids.

UC Santa Barbara physicists appear to have, in a world's first, opened up the possibility of directly observing Berry curvature in solid matter. Published in the journal Physical Review X, their new paper uses a previous UCSB paper, in which the researchers aimed high- and low-frequency lasers at a gallium arsenide semiconductor to create an electron-hole recollision, as a stepping stone.

In conducting research for the new paper, physicists from CSB's Sherwin Group worked with fellow scientists from China, Princeton University, and the U.S. Naval Research Laboratory. With the goal of improving the previous experiment, they discovered dynamical birefringence, a new phenomenon that can be used to explore Berry curvature.

"When we originally did the experiment, we could only detect one sideband at a time and the samples were very fragile and more difficult to work with," said Mark Sherwin, physics professor and director of UCSB's Institute for Terahertz Science and Technology.

By installing a highly sensitive camera to simultaneously capture all the sidebands, improving how samples were mounted, and increasing the strength of the applied terahertz electric field, this team opened up the possibility of observing the property. Because the team could see more sidebands, they could discover more about the semiconductor. "We're planning to turn dynamical birefringence into a direct measurement of Berry curvature," Sherwin said.

This experimentation could lead to applications in electronic and optical devices, quantum computing, and more. "Once you can measure something that's a basic property of a solid, then, when you're designing new materials, you can optimize the Berry curvature for a particular device," said Sherwin.

Read This Next
Quacks Like a Duck
Those Headlines About Scientists Building a Wormhole Are Total Nonsense, People
Heady Stuff
Experiment Suggests That Consciousness May Be Rooted in Quantum Physics
Big Yikes
Turns Out Schrödinger, the Father of Quantum Physics, Was a Pedophile
Space and Stuff
Scientists Say the Universe Itself May Be "Pixelated"
Good Samaritan
Physics Dept Gets Random Box Full of $180K in Untraceable $50s and $100s
More on Hard Science
Warped Tour
Feb 2 on futurism
Professor Believes Door to Warp Drive May Lie With Ethylene Glycol
Sky Bursts
Feb 2 on the byte
Astronomers Intrigued by 25 Mysterious Repeating Radio Signals From Deep Space
Tractor Beam
Jan 26 on the byte
Scientists Build Working Tractor Beam, Although It's Comically Tiny
READ MORE STORIES ABOUT / Hard Science
Keep up.
Subscribe to our daily newsletter to keep in touch with the subjects shaping our future.
+Social+Newsletter
TopicsAbout UsContact Us
Copyright ©, Camden Media Inc All Rights Reserved. See our User Agreement, Privacy Policy and Data Use Policy. The material on this site may not be reproduced, distributed, transmitted, cached or otherwise used, except with prior written permission of Futurism. Articles may contain affiliate links which enable us to share in the revenue of any purchases made.
Fonts by Typekit and Monotype.