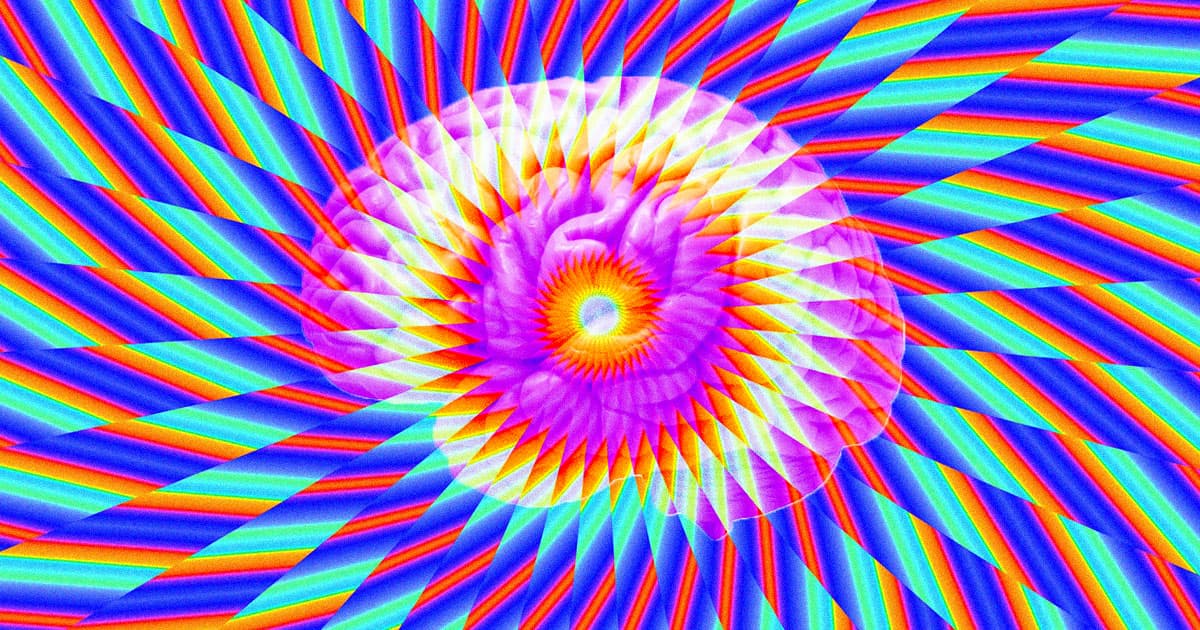 Insane in the Brain

It's same substance that's found in Ayahuasca, a concoction used by indigenous peoples from the Amazon basin as part of their hallucinogenic religious ceremonies.

Jimo Borjigin, PhD at the Department of Molecular and Integrative Physiology, who co-authored the paper published in the journal Scientific Reports, got the idea to look for the substance from a mid-1990s documentary that explored the effect of DMT IV injections on the brain.

And the results surprised them. Using a special DNA localization technique, "we found brain neurons with the two enzymes required to make DMT," Borjigin said in a statement.

"They are also found in other parts of the brain, including the neocortex and hippocampus that are important for higher-order brain functions including learning and memory," she added.

Insane in the Membrane

And that's not all. Borjigin and her team also found that levels of DMT increased in some rats that were about to die from a heart attack, suggesting that the substance could possibly simulate near death experiences.

"We don't know what it's doing in the brain," said Borjigin. All we're saying is we discovered the neurons that make this chemical in the brain, and they do so at levels similar to other monoamine neurotransmitters."

Brands We Love
Don't Start Taking Supplements Until You've Taken This Simple At-Home Test
7. 31. 19
Read More
LSD Glee
Moms Are Microdosing Magic Mushrooms, Just Like Tech Execs
5. 3. 19
Read More
Magic Mushrooms
Scientist Tells World Leaders MDMA and Magic Mushrooms Should Be Legal
1. 26. 19
Read More
+Social+Newsletter
TopicsAbout UsContact Us
Copyright ©, Camden Media Inc All Rights Reserved. See our User Agreement, Privacy Policy and Data Use Policy. The material on this site may not be reproduced, distributed, transmitted, cached or otherwise used, except with prior written permission of Futurism. Articles may contain affiliate links which enable us to share in the revenue of any purchases made.
Fonts by Typekit and Monotype.