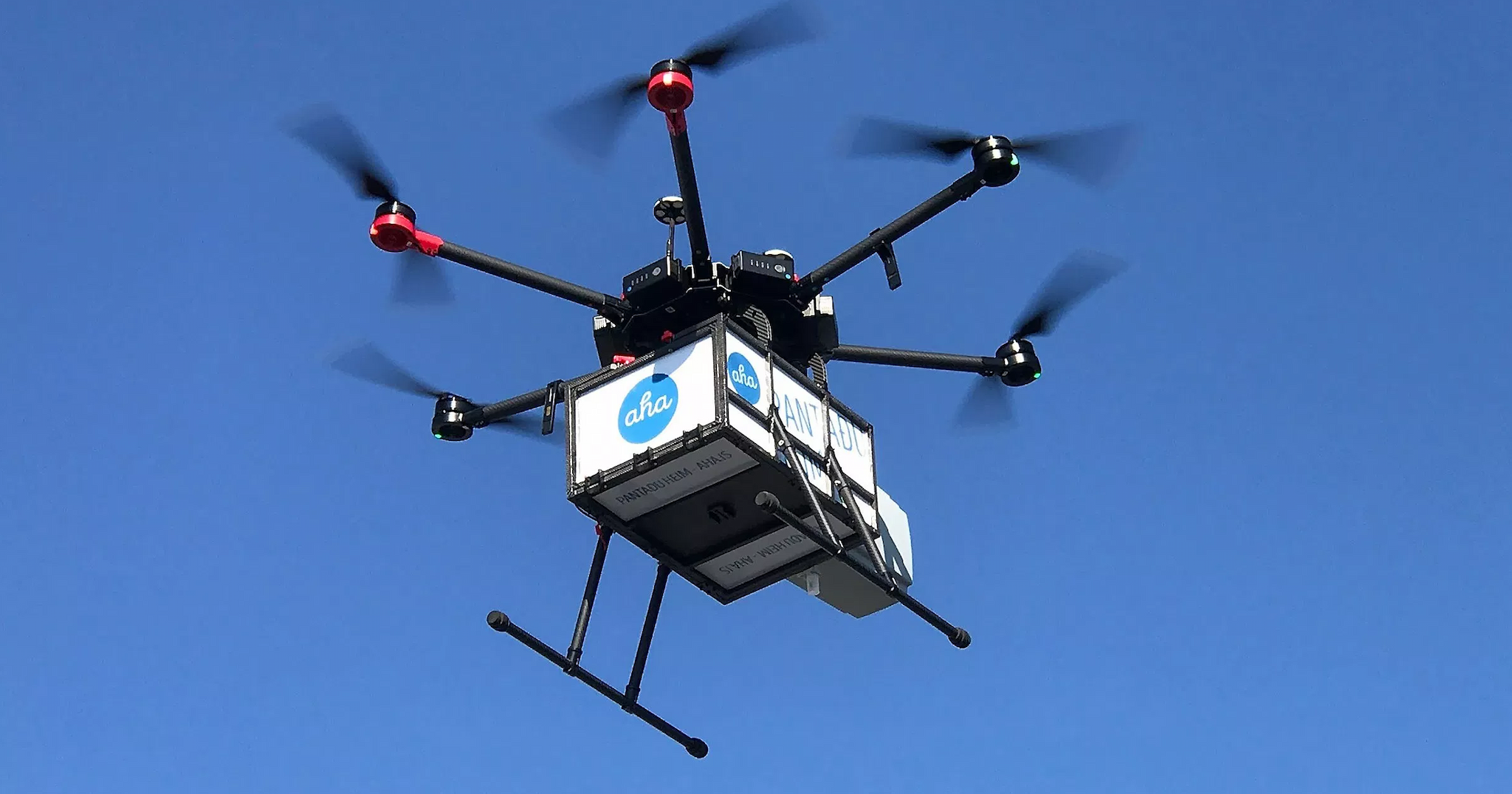 If We Want Drone Delivery To Be A Reality, We've Gotta Keep It Simple

It's already happening in Iceland, while Amazon lags behind.

It's already happening in Iceland, while Amazon lags behind.

In 2013, we learned about Amazon's splashy plans to drop packages off at customers' homes using drones. Sure, there have been a few pilot drone deliveries, but for the most part, even Amazon hasn't made that future a reality yet.

But in Iceland, a startup called Aha has been using drones to deliver hot food and other goods for five months. Its secret: keeping the system very, very simple.

As we creep towards a future in which drone delivery is commonplace, Aha's success shows that a simple approach might work best — and that maybe tech giants like Amazon are over-engineering the concept.

Aha's delivery drones have no cameras or radar, IEEE Spectrum reports. In fact, they navigate the Reykjavik area using only GPS, which keeps them on pre-determined routes selected because they're free of trees and other obstacles. When they arrive at a customer's home, the drones lower deliveries — burgers are popular, but the company also sells electronics — on a line.

That stands in contrast to Amazon's high-tech approach. In 2014, the company filed documents with the FAA claiming that its delivery drones sport "sense-and-avoid sensors." A patent the company filed earlier this year describes a system that lets its drones respond to voice commands, and another patent from last year explains a beehive-like structure where drones can roost and collect new items for delivery.

In this case, the simple approach seems to be winning. Aha says it's made 500 drone deliveries over the past five months, with no injuries. A delivery costs the equivalent of a modest US $7.

But don't count Amazon out yet. The company is still pouring resources into its nascent drone program. Maybe it just needs to focus on a simpler set of features.

READ MORE: Are Delivery Drones Commercially Viable? Iceland Is About to Find Out [Spectrum IEEE]

More on drone delivery: Are Delivery Drones Actually Better for the Environment?