Amazon Just Submitted Patent for Delivery Drone Hive. Here's What it Looks Like.

The future is skyscraper warehouses with drones flying to and from your home. 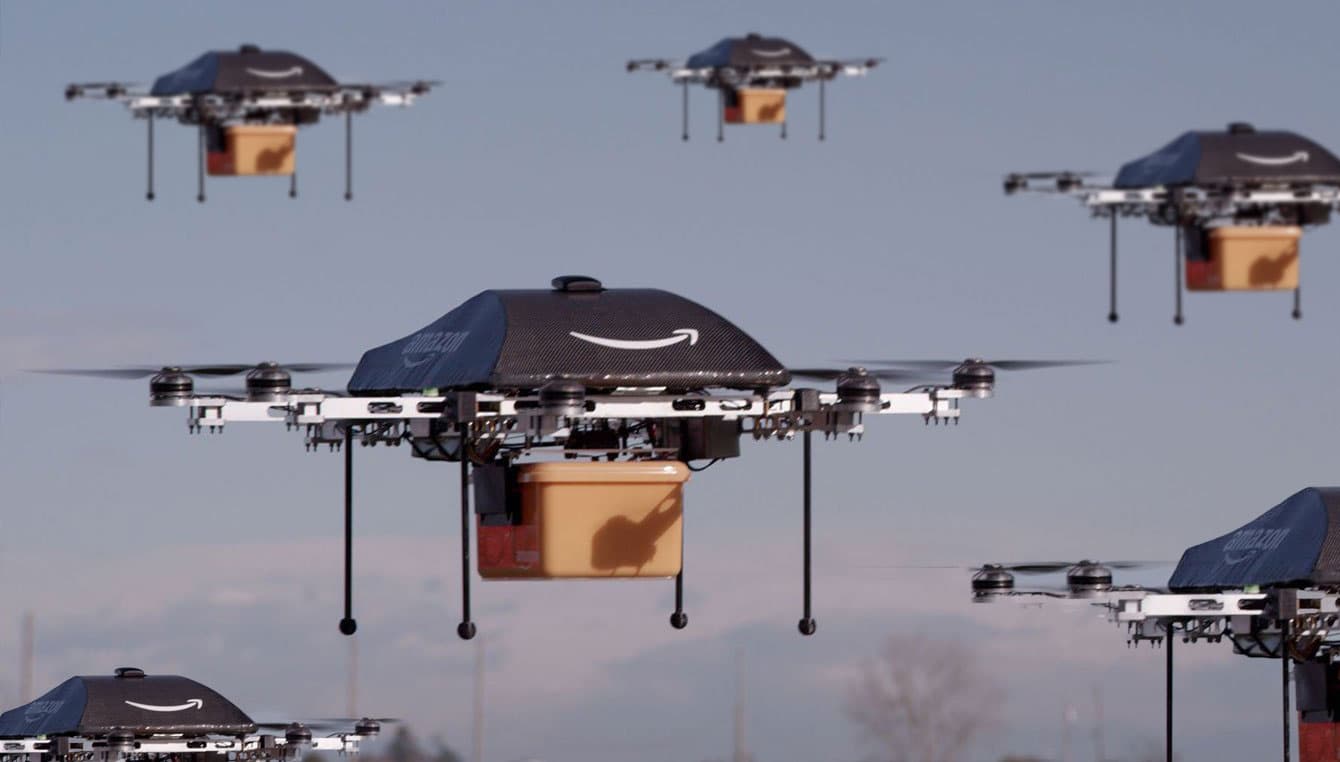 Amazon has recently filed a patent application that could give a glimpse into the company's vision for the future of delivery. The application calls it a "multilevel fulfillment center,"  and the patent shows a tower pockmarked with drone sized openings which will likely make it easier for the online retail giant to deliver in urban areas. Amazon says there is a "growing need and desire to locate fulfillment centers within cities, such as in downtown districts and densely populated parts of the cities."

Warehouse space takes up a large amount of land that urban centers tend to not have a lot of, so going vertical opens up new possibilities for the company in these settings. The addition of drones will help to both keep labor and shipping costs down while also allowing for the quickest delivery possible with today's technology.

Of course, this is just a patent application and by no means guarantees that Amazon will actually build this beehive-esque delivery hub. But as the patent shows, the will to make our metropolis airspace just as bustling as it is on the ground. If the patent leads to something more — well, don't be surprised if it looks like giant hornets have taken over our skylines in the near future.

Read This Next
From the Dept. of Things to Buy
Get the Echo Show 5 at Half-Price During Labor Day Deals on Amazon Hardware
From the Dept. of Buying Things
How to Stream “Lord of the Rings: The Rings of Power” on Amazon
FROM THE DEPT. OF THINGS TO BUY
The Best Prime Day 2022 Generator Deals
FROM THE DEPT. OF THINGS TO BUY
Save $500 on a Schwinn E-Bike and More Electric Vehicles on Prime Day
FROM THE DEPT. OF THINGS TO BUY
Apple Watch Series 7 Prime Day 2022 Deal
More on Robots & Machines
Dogs With Guns
Yesterday on the byte
China Shows Off Drone That Drops Robodog With Huge Gun Anywhere
Roboforce
Tuesday on the byte
CEO Brags That Fry Cook Robot Will Replace Obsolete Human Grunts
Quacks Like a Duck
Tuesday on futurism
Watching Elon Musk's Robot Back to Back With Boston Dynamics Is... Something
READ MORE STORIES ABOUT / Robots & Machines
Keep up.
Subscribe to our daily newsletter to keep in touch with the subjects shaping our future.
+Social+Newsletter
TopicsAbout UsContact Us
Copyright ©, Camden Media Inc All Rights Reserved. See our User Agreement, Privacy Policy and Data Use Policy. The material on this site may not be reproduced, distributed, transmitted, cached or otherwise used, except with prior written permission of Futurism. Articles may contain affiliate links which enable us to share in the revenue of any purchases made.
Fonts by Typekit and Monotype.