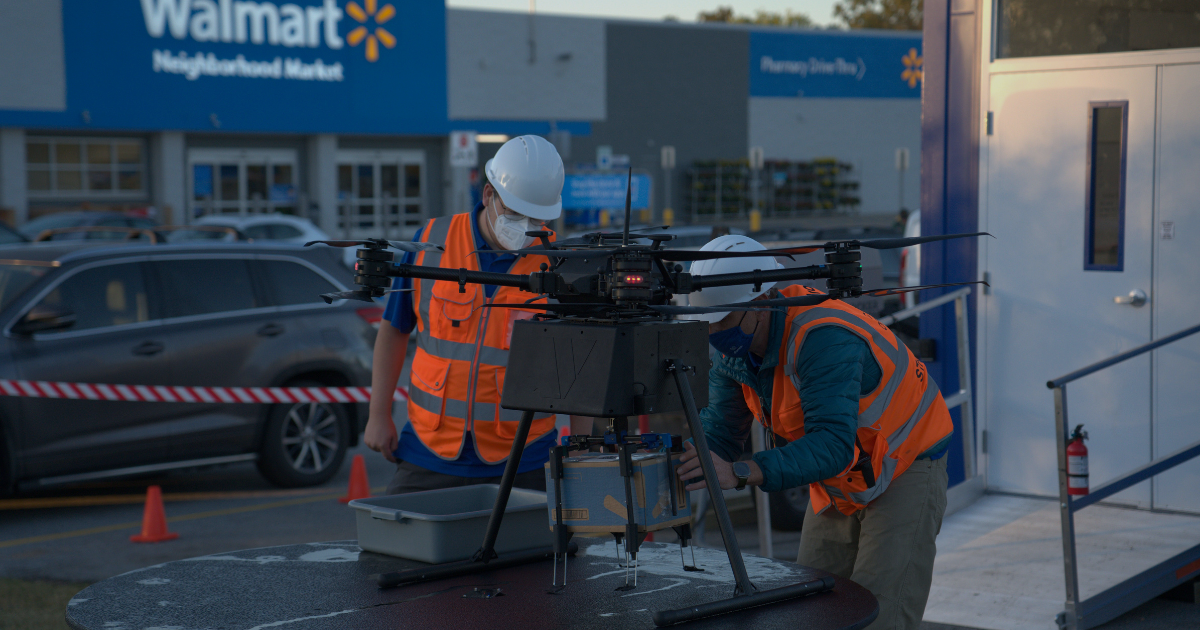 If it fits, it ships.

If it fits, it ships.

It looks like Walmart may be able to do what Amazon can't — get its drone delivery program off the ground.

According to a recent press release, Walmart announced an expansion to its DroneUp program, which it claims will provide the potential to reach four million US households in six states – Arizona, Arkansas, Florida, Texas, Utah and Virginia — as well as the ability to deliver more than one million packages by drone per year.

Those are considerable numbers that could put Walmart way ahead of the rest of the pack, potentially leaving other drone delivery competitors in the dust.

Customers will be able to order from eligible items that weigh ten pounds or less for a reasonable $3.99 delivery fee, and can expect packages to be delivered in as little as 30 minutes.

"Simply put, if it fits safely it flies," the press release reads.

Sometimes, we built advanced transport tech like flying motorcycles to deliver on big aspirational goals, and sometimes an innovation comes along that make life easier for everyday consumers.

Walmart claims its customers aren't using drones to spring for emergency and medical items like they originally expected. Relatably, one of their center's most-purchased items for drone delivery is Hamburger Helper.

The company has proven itself to be a real competitor to Amazon when it comes to home deliveries — and may soon become the brand of choice when it comes to emergency pangs of hunger that strike when your pantry is running low.

Amazon Scout
Amazon is Unleashing Its Own Army of Delivery Robots
1. 23. 19
Read More
Gatwick Chaos
We Have No Idea How to Deal With Unexpected Drones at Airports
12. 21. 18
Read More
Special Delivery
Ford and Walmart Want Self-Driving Cars to Deliver Your Groceries
11. 14. 18
Read More
+Social+Newsletter
TopicsAbout UsContact Us
Copyright ©, Camden Media Inc All Rights Reserved. See our User Agreement, Privacy Policy and Data Use Policy. The material on this site may not be reproduced, distributed, transmitted, cached or otherwise used, except with prior written permission of Futurism. Fonts by Typekit and Monotype.