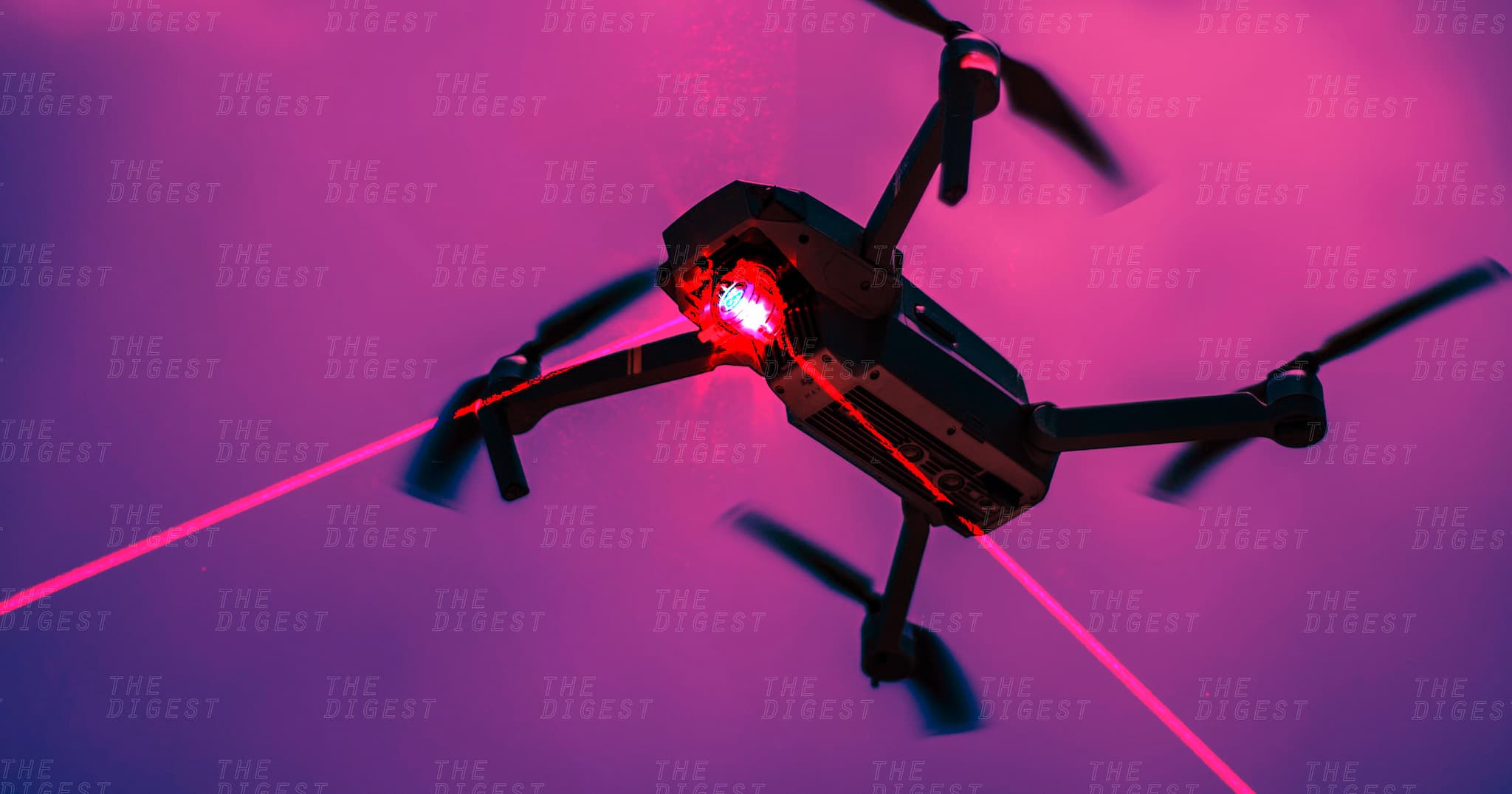 Shoot This Military Drone With a Laser, and It'll Stay in the Air Indefinitely

The U.S. Army thinks it's found a way to power drones mid-flight.

The U.S. Army thinks it's found a way to power drones mid-flight.

WHEN IN DOUBT, TRY LASERS. Drones are already doing a lot for us — they're delivering packages, helping with search and rescue missions, and supporting environmental conservation efforts.

But we don't have an effective way to keep the devices powered for long periods of time — many can only remain airborne for 30 minutes or so. That may soon change, however. The U.S. Army thinks it has found a way to keep drones in the air indefinitely. And like all good plans, it involves lasers.

A LONG-DISTANCE POWER-UP. According to New Scientist, the U.S. Army is developing a system in which a laser shot from the ground can power up a military drone mid-flight. The key is hitting a photovoltaic cell on the drone, which then converts the light from the laser into electricity. The Army hopes to be able to do this from up to 500 meters (.31 miles) away.

THAT'S NOT GOOD. The Army still has several hurdles to overcome before its drone-powering laser system is ready for the battlefield, though. The biggest one: not melting the drone. See, any laser energy that isn't converted to electricity by the drone's photovoltaic cell becomes heat — heat that could do serious damage to a drone.

The Army's research team is working on a way to ensure excess heat can dissipate without causing any damage to the military drone. Making sure the beam only hits where it's supposed to will be critical for making that happen.

If the Army can perfect the system, it'll have a way to keep drones flying indefinitely, which would be useful for applications like keeping an eye on enemies to standing watch over the Army's own bases (not to mention lots of things that could eventually help civilians directly).

BABY STEPS. Right now, the Army is working to develop its system enough so that it can power a drone on the ground by early 2019. After that, the next step will be to power a drone in the air, which the Army thinks it'll be able to do in 2020. Once it has an operational system in place, the Army will just need to get regulators' blessing, and its laser-powered drones will be ready for take-off.

READ MORE: The US Army Is Making a Laser-Powered Drone That Can Fly Indefinitely [New Scientist]

More on military drones: Military Drone Operators Are About to Outnumber Human Pilots

From the Dept. of Buying Things
Byte-Sized Review: Dyson V12 Detect Slim Is Powered With Freaking Lasers
Nov 2
Read More
FROM THE DEPT. OF THINGS TO BUY
The Best Drones Under $100 in 2022
Oct 22
Read More
From the Dept. of Buying Things
The Best Cheap Drones in 2022
Oct 22
Read More
+Social+Newsletter
TopicsAbout UsContact Us
Copyright ©, Camden Media Inc All Rights Reserved. See our User Agreement, Privacy Policy and Data Use Policy. The material on this site may not be reproduced, distributed, transmitted, cached or otherwise used, except with prior written permission of Futurism. Articles may contain affiliate links which enable us to share in the revenue of any purchases made.
Fonts by Typekit and Monotype.