The new drone had a productive first day of work. 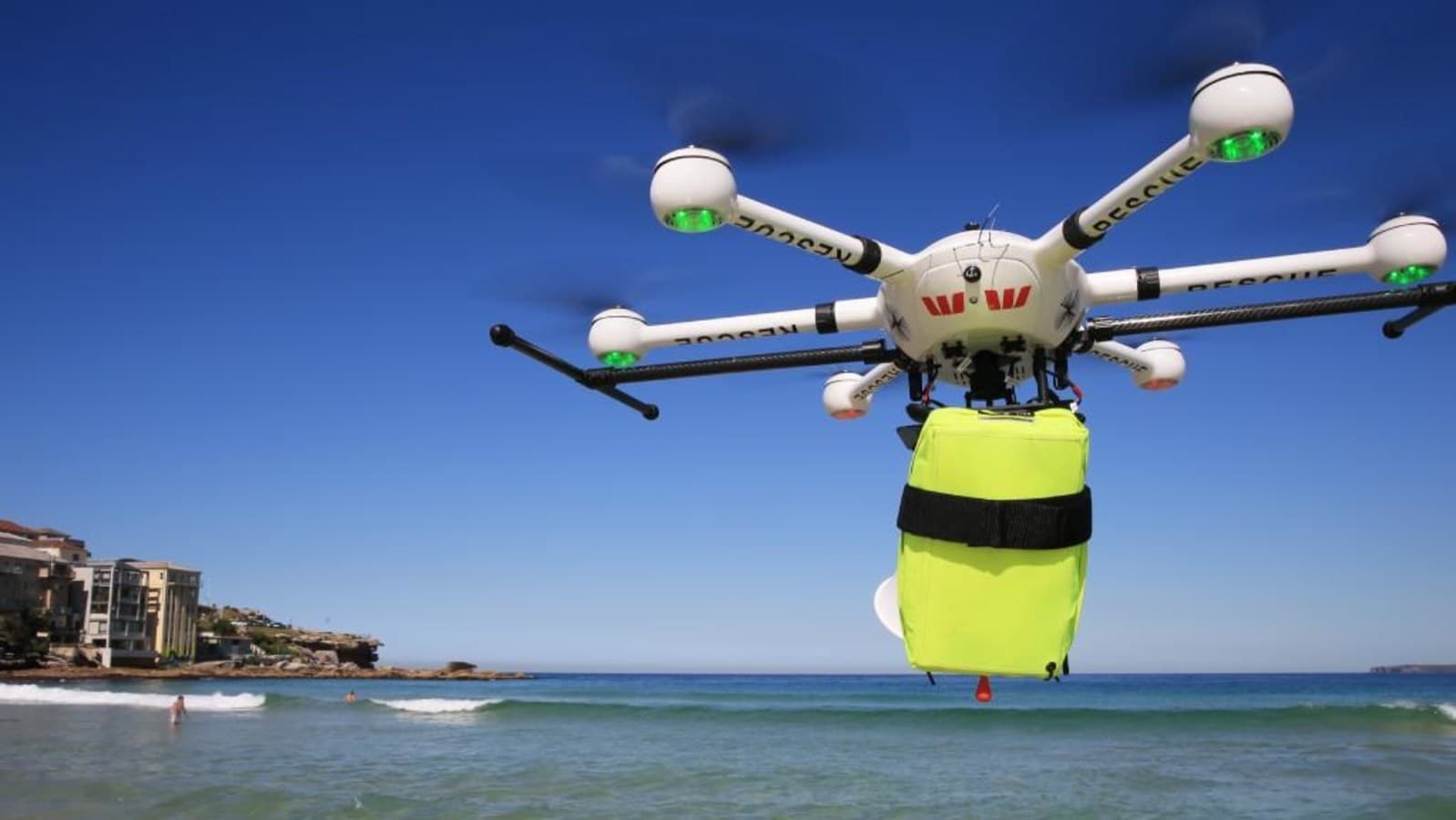 The company Little Ripper Life Saver developed the rescue drone, and the lifeguards had just started training with it Thursday morning when a member of the public alerted them that two teens were struggling in a swell of around three meters (9.8 feet).

Ballina lifeguard supervisor Jai Sheridan piloted the drone to the swimmers and released a flotation device, which inflated once it reached the water. The swimmers, ages 15 and 17, were then able to cling to the device as they swam back to shore.

“I was able to launch it, fly it to the location, and drop the pod all in about one to two minutes,” Sheridan told the Sydney Morning Herald.

A government official confirmed that the entire rescue took just 70 seconds, while a human lifeguard would have needed an average of six minutes to reach the swimmers.

"This is a world-first rescue," Australian Deputy Premier John Barilaro told the Australian Broadcasting Corporation. “Never before has a drone fitted with a floatation device been used to rescue swimmers like this.”

Not only did the Little Ripper drone help get the two swimmers out of danger, it also eliminated the need to put a human lifeguard in harm's way. It's also far from the only machine being built to help keep people safe.

Researchers from the University of Technology Sydney School of Software have developed an artificial intelligence (AI) that, when paired with a Little Ripper Life Saver drone, can help identify and warn swimmers and surfers of nearby sharks.

Beaches aren't the only areas targeted by rescue drone developers, though — the devices are also taking to the skies to help with emergencies on land. Swedish startup Flypulse has developed a drone that can deliver life-saving equipment to the site of an emergency four times faster than it typically takes an ambulance to arrive on the scene.

Drones are expanding the capabilities of rescue teams in a variety of ways, while also keeping first responders safe. As their use becomes more common, they have the potential to dramatically cut down the number of lives lost to natural disasters, failed rescue missions, and ocean hazards.

Read This Next
FROM THE DEPT. OF THINGS TO BUY
The Best Science Gifts of 2023
Drone Tanker News
The US Navy Just Used a Drone to Refuel a Fighter Jet in Midair
Killer Copter
Middle Eastern Nation First to Buy Drone Armed With Machine Gun
Typical Day In Russia
Watch Russia's New Shotgun-Wielding Drone in Action
Keep Up
Wireless Charging Tech Lets Drones Stay Aloft Indefinitely
More on Robots & Machines
Balloon Pop
7:59 PM on the byte
Footage Shows Chinese Balloon Being Shot Down
From the Dept. of...
Thursday on futurism
The Best Mini Fridges of 2023
Blow Up Doll
Monday on the byte
Ukraine Accuses Russia of Using Inflatable "Dummy Tanks," Which Deflated
READ MORE STORIES ABOUT / Robots & Machines
Keep up.
Subscribe to our daily newsletter to keep in touch with the subjects shaping our future.
+Social+Newsletter
TopicsAbout UsContact Us
Copyright ©, Camden Media Inc All Rights Reserved. See our User Agreement, Privacy Policy and Data Use Policy. The material on this site may not be reproduced, distributed, transmitted, cached or otherwise used, except with prior written permission of Futurism. Articles may contain affiliate links which enable us to share in the revenue of any purchases made.
Fonts by Typekit and Monotype.