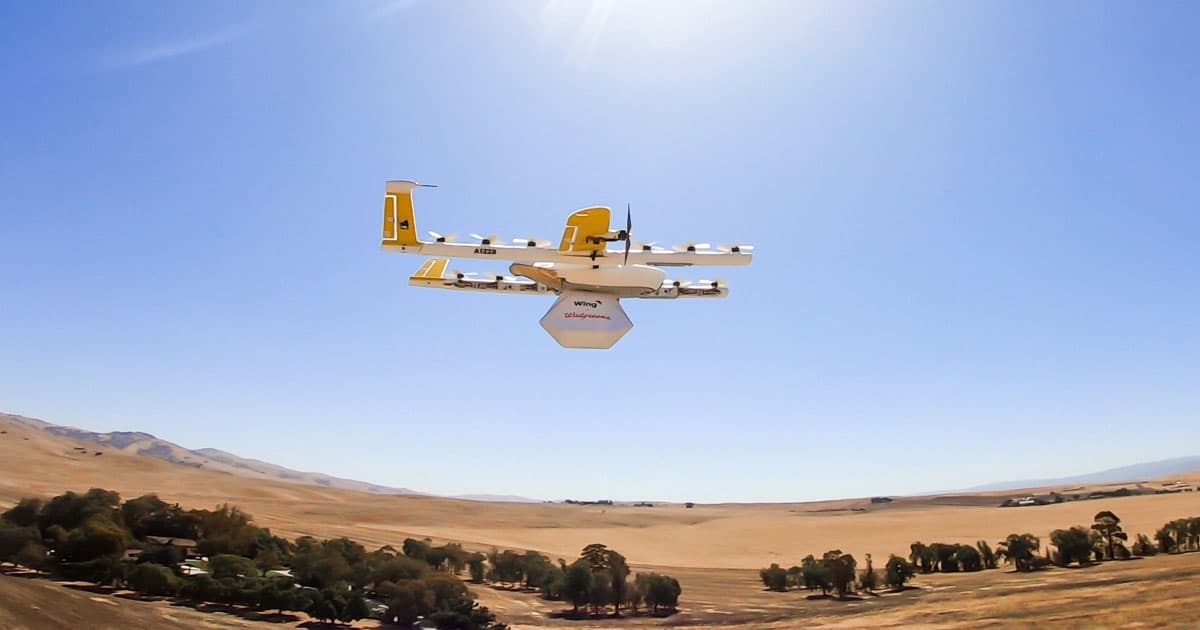 They'll have a little help delivering your prescriptions from Google and FedEx.

They'll have a little help delivering your prescriptions from Google and FedEx.

The process of refilling your prescription at the local pharmacy just got a lot more futuristic.

Wing — which is owned by Google parent company Alphabet — just announced a partnership with FedEx and Walgreens, a national grocery store chain, to start making drone deliveries in Virginia as soon as October.

Wing claims the "first-of-its-kind trial" will explore "ways to enhance efficiency of last-mile delivery services," according to a press release.

The drones can carry three pounds of cargo for six miles at a maximum speed of 60 mph. Rather than landing on somebody's porch, the drones will hover at 23 feet above the ground and lower the packages down via a cable system.

Walgreens will be offering drone deliveries of over-the-counter drugs and other "health and wellness items" as part of the trial.

The trial with FedEx and Walgreens will kick off later this year in Christiansburg, Virginia, the same place where where the drone delivery company has been testing its drones for several years.

Wing claimed it was the first ever company to legally offer autonomous drone deliveries in the U.S. after being certified by the Federal Aviation Administration in April. Wing has even designed customized boxes to make FedEx and Walgreens deliveries.

READ MORE: Alphabet is partnering with FedEx and Walgreens to bring drone delivery to the US [Quartz]