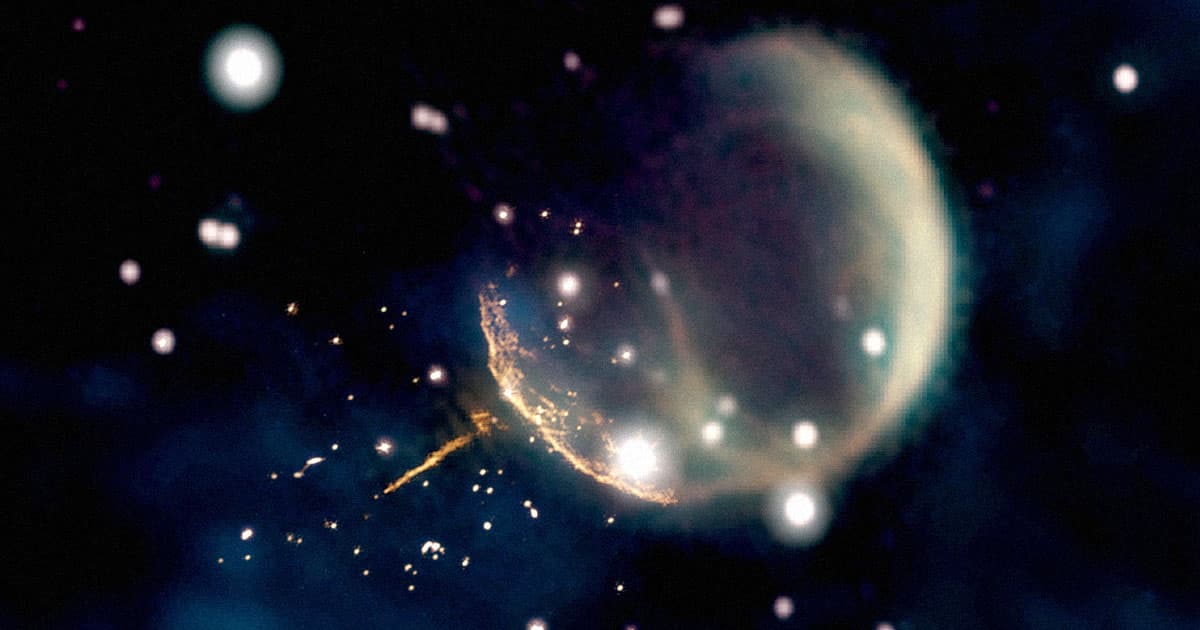 Yet again, scientists have validated a major component of Einstein’s theory of general relativity.

Specifically, a trio of two white dwarf stars and a collapsed neutron star demonstrated the concept of freefall, according to research published this month in the journal Astronomy and Astrophysics. That’s the idea, famously illustrated by Galileo’s Leaning Tower of Pisa thought experiment, that gravity accelerates every falling object at the same rate. The idea has been challenged under extreme conditions, but incredibly precise measurements of the three stars upheld it — and with it, Einstein’s theory.

Scientists from the University of Manchester identified the unusual instance of freefall among three stars. First, there’s a white dwarf star and a pulsar — a dead star 1.44 times as massive as the Sun that collapsed into a 15.5-mile-wide sphere — that rapidly orbit each other.

Both also orbit another white dwarf, similar to how the Earth and Moon orbit both the Sun and one another. This presented an unusual opportunity: while astronomers could perform similar experiments on our solar system, scientists have speculated that objects held together by their own gravitational pull — like pulsars — might violate the universality of freefall.

Such a violation would also violate general relativity, which assumes a constant gravitational acceleration across all scenarios.

But by tracking the three star’s positions down to the nanosecond, the Manchester team found that the first white dwarf and the pulsar were both accelerating toward the second white dwarf at the exact same pace — validating general relativity yet again.

Space Lumps
Scientists Say We May Be Extremely Wrong About the Universe
Apr 28
Read More
Into Darkness
Inside NASA’s Bold Proposal to Probe the Mysteries of Dark Matter
Mar 11
Read More
Good Samaritan
Physics Dept Gets Random Box Full of $180K in Untraceable $50s and $100s
12. 22. 21
Read More
+Social+Newsletter
TopicsAbout UsContact Us
Copyright ©, Camden Media Inc All Rights Reserved. See our User Agreement, Privacy Policy and Data Use Policy. The material on this site may not be reproduced, distributed, transmitted, cached or otherwise used, except with prior written permission of Futurism. Fonts by Typekit and Monotype.