A New Theory Regarding EmDrive: The Fuel-Free Method of Space Travel

The EmDrive could propel us to the stars. Also, it violates the laws of physics. 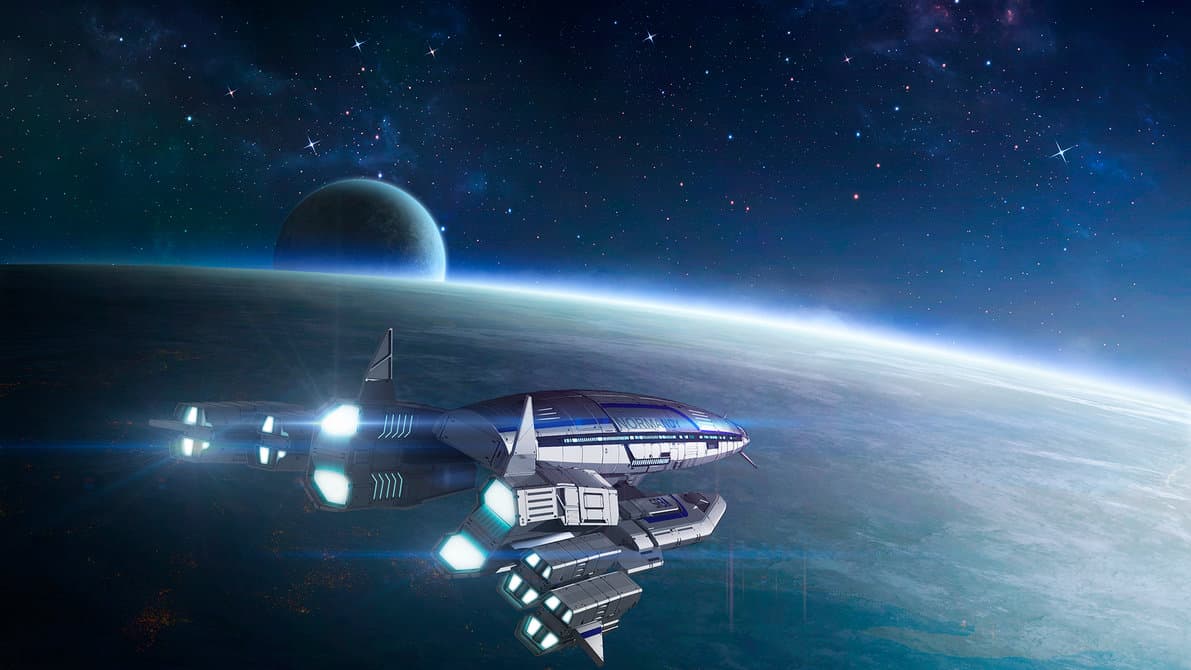 The Space Travel of the Future?

EmDrive is at it again, it seems. Recently, Mike McCulloch, from Plymouth University in the U.K., unveiled a theory that aims to explain how this physics-breaking mode of travel could actually work. And his theory has some proponents of this method of transport rather excited.

But before we go into the newly proposed theory: A quick summary of what EmDrive actually is.

In short, EmDrive could allow us to explore our universe in ways that, today, we can only dream about...if it’s ever developed, that is. It works (or should work) thanks to microwaves. The claim is, you bounce microwaves back and forth inside a truncated cone, and the result will be a thrust toward the narrow end of the cone.

That seems simple enough, yes? After all, you are just converting kinetic energy into another form of energy.

Well, here is the kicker: The total momentum increases as the device begins to move. That is like placing yourself inside a box, pushing on the side, and generating thrust. Sounds silly, doesn't it? Well, here is another kicker: To date, a number of  teams around the world have built their own versions of the EmDrive. And they generate thrust...but only a tiny amount.

And, alas, we don't know where this increased momentum comes from. Critics assert that this is a violation of the law of conservation of momentum (which is part of the fundamental physics that governs our universe). Moreover, scientists assert that there are other effects that could, in essence, be producing a false positive and generating this increased thrust.

To that end, a host of scientists have been trying to work out whether this is an anomaly or if it actually works (and if so, how). This is where McCulloch comes in.

In short, the new theory is based on ideas regarding inertia and the way objects move under very small accelerations. It has to do with something called "the Unruh effect." This asserts that an accelerating object experiences black body radiation, meaning that the universe warms up when you accelerate. And in this regard, according to McCulloch, inertia is the pressure the Unruh radiation exerts on an accelerating body.

As MIT notes, "at very small accelerations, the wavelengths of Unruh radiation become so large they can no longer fit in the observable universe. When this happens, inertia can take only certain whole-wavelength values and so jumps from one value to the next. In other words, inertia must quantized at small accelerations."

Thus, the inertia of photons that are inside of the aforementioned truncated cone have to change as they bounce back and forth. And to conserve momentum, this must generate a thrust.

The Unruh effect (basically) says that an accelerated object should see a thermal background due to background quantum fluctuations. The calculation of the Unruh effect is straightforward, and isn't controversial. Unruh radiation is (basically) the idea that in the detection of this thermal background you can trigger the emission of real particles. In other words, can you create real radiation 'out of the vacuum.' So they are claiming Unruh radiation is real, and causing the EM effect.

So. Is this the solution we needed? Well, maybe not.

In the end, there are a number of ways that individuals have attempted to explain EmDrive, and to date, none of them have been shown to provide a conclusive answer. And while MuCulloch's idea is based upon long established theoretical ideas, he applies the ideas is rather unconventional (and controversial) ways.

Koberlein notes that the work, in itself, is certainly valuable, stating, "they are trying to fit the results to a model, and looking for testable predictions, both of which are great." However, he clarifies, saying that we need to maintain a healthy dose of skepticism.

In relation to the idea that the Unruh effect is responsible for inertia, he asserts, "the quantized inertia idea at least makes some predictions that can be tested, so that's not bad;" however, this does not mean that it is responsible for the thrust that is seen in relation to the EmDrive. He continues, "the idea that the EM effect can account for the flyby anomaly is weak tea. To begin with, just because it can be made to fit under certain assumptions, it isn't the same as predicting an effect. Secondly, there are lots of proposed explanations for the flyby effect, most of which are more mundane and don't require exotic physics (such as radio chirps)."

So it seems that it may be a little early to assert that we have figured out how EmDrive really works. As Koberlein concludes, "The biggest challenge they still have is that these results are so extraordinarily small that lots of things can explain them. They aren't there yet, though."

Read This Next
Quacks Like a Duck
Those Headlines About Scientists Building a Wormhole Are Total Nonsense, People
Space Lumps
Scientists Say We May Be Extremely Wrong About the Universe
Into Darkness
Inside NASA's Bold Proposal to Probe the Mysteries of Dark Matter
Good Samaritan
Physics Dept Gets Random Box Full of $180K in Untraceable $50s and $100s
Myanus, Hisanus, Heranus...
Here's What Uranus Scientists Think About Your Disgusting Jokes
More on Hard Science
Tractor Beam
Thursday on the byte
Scientists Build Working Tractor Beam, Although It's Comically Tiny
Having a Blast
Jan 18 on the byte
New Study Shows Where You Should Hide to Survive a Nuclear Attack
Offworld Amino
Jan 15 on the byte
Scientists Find Building Blocks of Life in Meteor That Smashed Into Family's Driveway
READ MORE STORIES ABOUT / Hard Science
Keep up.
Subscribe to our daily newsletter to keep in touch with the subjects shaping our future.
+Social+Newsletter
TopicsAbout UsContact Us
Copyright ©, Camden Media Inc All Rights Reserved. See our User Agreement, Privacy Policy and Data Use Policy. The material on this site may not be reproduced, distributed, transmitted, cached or otherwise used, except with prior written permission of Futurism. Articles may contain affiliate links which enable us to share in the revenue of any purchases made.
Fonts by Typekit and Monotype.