Exaggerated, misleading information has no place in science reporting. 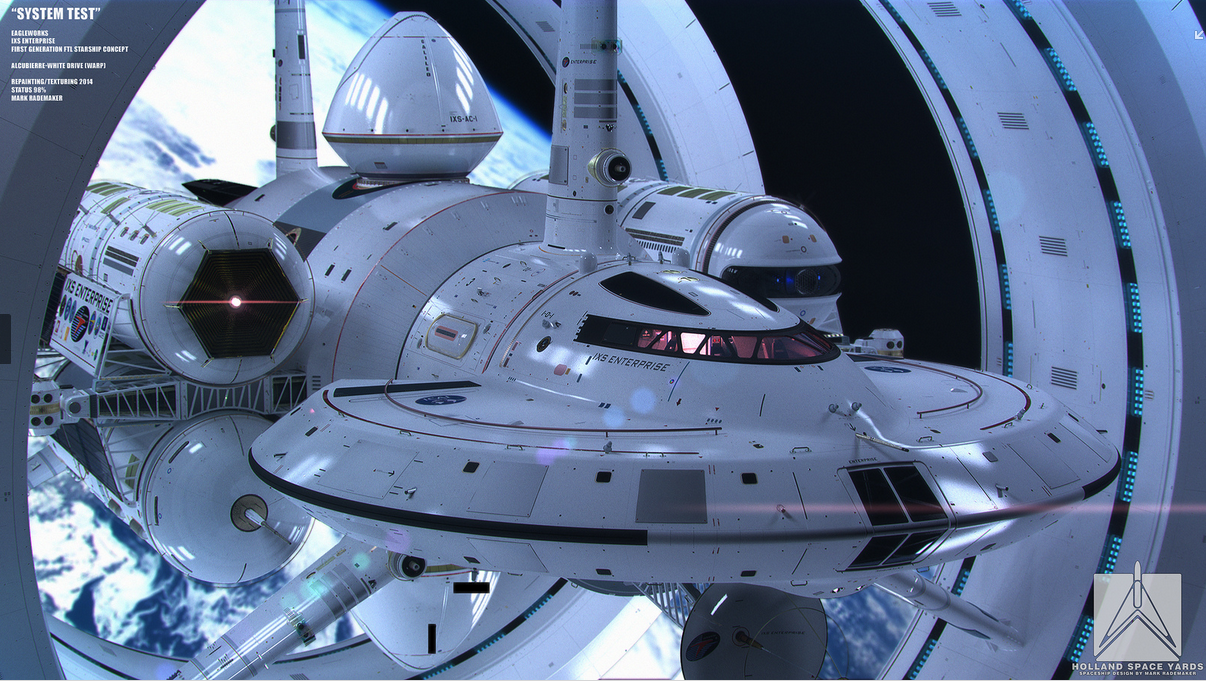 NOTE: This article has been updated as the story has developed. Additional claims by the media have been included, and a confusing metaphor in relation to how warp drive functions has been removed.

A plethora of sites have claimed that NASA may have just discovered warp technology and even EM drive. Some have asserted that, "NASA scientists are tentatively announcing they may have broken the speed of light."

Few things in science get people as excited as warp drive, and with good reason. Both warp drive and EM drive could allow us to explore and understand our universe in ways that, today, we can only dream about — if the technology is ever developed, that is.

At the present time, it would take us tens of thousands of years to reach even the closest stars (and that's using conservative estimates). However, with warp drive, we could travel to distant stars, explore alien worlds, visit black holes, hop across the cosmos to see a supernova blast...all in the blink of an eye (or nearly so).

Despite the tech seeming firmly relegated to the realm of sci-fi, we do have some very real ideas about how it might work.

The Physics of Faster-Than-Light Travel

The theory for warp drive is actually rather similar to what we see in Star Trek. In short, space is shrunk in some areas and expanded in others (this is where the "warping" comes in). Ultimately, these alterations in the fabric of spacetime allow individuals to get from one point to another faster than the speed of light. However, it is important to note that, with warp technology, you aren't actually traveling through space faster than the speed of light.

The first scientific realization of a functional warp drive, originally devised by physicist Miguel Alcubierre, came to light in 1994. In his proposal, he suggested that general relativity would allow such a device, if ever built, to travel faster than the speed of light. The Alcubierre drive, as it was later called, uses the deformation of spacetime permitted by general relativity to warp the universe around the vessel.

Essentially, when (or if) the drive is activated, spacetime behind the vessel would expand, while spacetime in front of the vessel would contract. In this respect, the path taken would become a "time-like free-fall." The ship hums along in a little bubble of space, and neither the passengers nor the vessel encounter inertial effects.

When Alcubierre came up with the idea, it was mostly just a thought experiment, not something that he believed could (or would) be created. Yet, it seems that a lot of people think that NASA has accomplished this notable feat — developing a functioning warp drive.

A number of sites claimed that, because of posts that appeared on the NASA Space Flight Forum (and subsequent comments made by engineers affiliated with NASA), we have every reason to think that warp drive may have been discovered, as researchers working on the EM drive system stated that, when lasers were fired into the resonance chamber of the Em drive, some of the beams were found to be traveling at speeds in excess of that attained by light.

And the media took these claims and ran, and ran, and ran to the point where it seemed they weren't just reporting about a post on a forum (or even claims made by independent researchers), but an official announcement by NASA: "Nasa says EmDrive does work and it may have also created a Star Trek warp drive." No, NASA did not say that.

So, what does NASA really have to say about all of this? About what you'd expect:

Science fiction writers have given us many images of interstellar travel, but traveling at the speed of light is simply imaginary at present...There are many “absurd” theories that have become reality over the years of scientific research. But for the near future, warp drive remains a dream.

That doesn't sound like a "tentative announcement." It sounds like a complete and utter refutation of the idea. Yes, they admit that such technologies may be possible at some point, but warp drive is not EM drive, and warp drive is not heading our way in the near future. At least, not according to NASA, so titles like the aforementioned are rather exaggerated and misleading.

About a year ago, an EM drive experiment found a thrust of about 50 micronewtons. This is an extraordinarily small force, less than the weight of a small snowflake, but it’s not zero. This experiment was performed at atmospheric pressure, so the effect could have easily been due to experimental error. For example, uneven heating across the device could cause the air around it to recoil with different energies, causing a net thrust. We see a similar effect with a Crookes radiometer.

This year a similar experiment has been done in a vacuum (about 5 microtorr) and again measured a thrust of about 50 micronewtons. That basically eliminates the atmospheric effects, but there are other more technical effects that could still be producing a false positive. The experiment has also been done in different orientations, and there seems to be directionality to the thrust. That would seem to work against the idea that the device is somehow coupling to the Earth’s magnetic field...

On the face of it, this might seem pretty promising. A thrust has been observed, it seems to work in a vacuum, and there are hints of a warp effect. Here’s why we shouldn’t plan a party just yet. To begin with, one does not simply violate a fundamental law of physics. There are several ideas proposed to explain the thrust as a real effect, but they all involve a violation of basic physics. If this device is real, then Newton’s third law will have to be either thrown out or seriously revised. That by itself doesn’t mean the effect is false, since in the end the evidence wins. But history shows that long established scientific principles are very robust.

I don’t doubt that the teams working on these devices are in earnest, but it is frustratingly difficult to account for all extraneous effects, particularly with such a small result. More than one scientist has thought they were on to something that didn’t pan out.

Please see Brian's post for a full breakdown, but in short, there is no peer-reviewed paper associated with this claim, and a number of alternatives are much more likely.

Ultimately, scientists are going to run a number of tests in order to determine what is actually going on. That's the key to science, and it is what NASA is pointing out. When something happens that is unexpected, you turn to the logical (and likely) conclusions first.

You don't see a light in the sky and go, "A UFO! It must be aliens!" And if someone does do that, as a science reporter, you don't just take the notion and run with it. Rather, you most likely think, "Oh, a plane," and you report the plausibility of the proposition accurately. That means that you don't just throw "unaccounted phenomena could be mimicking thrust" all the way at the end of your article. You make that clear from the start.

Similarly, you don't get an entirely unexpected and highly unlikely result (like faster than light travel) and go, "Oh, cool. We just accidentally invented warp drive." Rather, you most likely think, "I wonder what interfered with the data."

And yes, you note that it is possible that the results are far, far more exciting than we anticipate, but we have a responsibility to note just how likely these results are and to try very hard to avoid exaggeration.

If it turns out that this is something unexpected — that physics is turned upside down — awesome! Science is always open to change and new ideas. But until that is actually confirmed, we need to be clear about separating the "likely" from the "highly speculative."

We should have learned this lesson with the faster-than-light neutrinos that everyone was raving about a few years ago and that had to be debunked by scientists over and over and over. In the end, it's particularly sad because the research is already exciting, and so it doesn't need our sensationalism.