Here's the latest attempt to make the "impossible" possible. 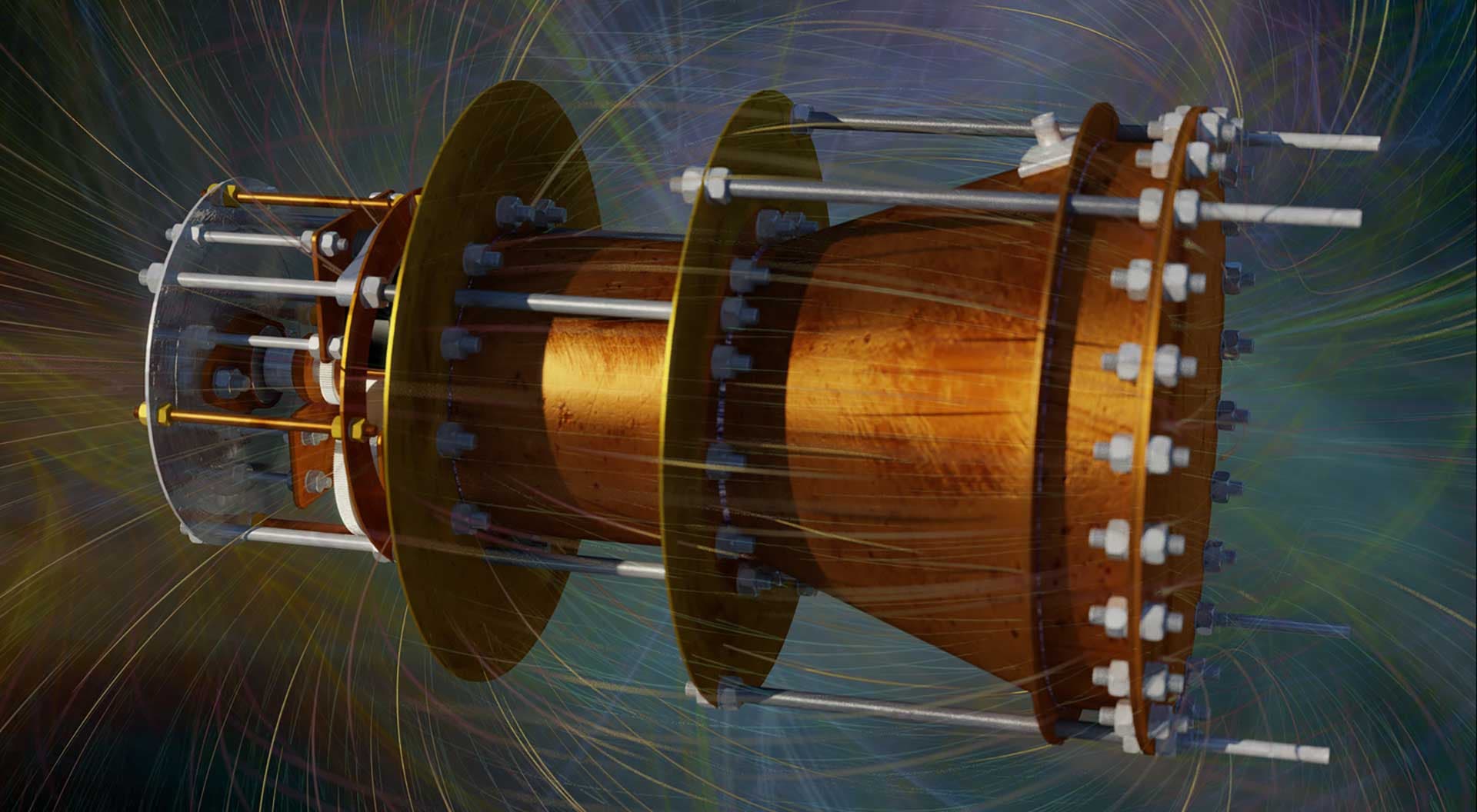 Much has been said about the EM Drive, a propulsion system that doesn't use propellant (very simply put), and recently researchers in China have claimed to have a working model, despite the general consensus among experts about how such a device is theoretically impossible. As previously explored, the EM Drive breaks the principles of Newton's third law of motion — because the electromagnetic thrusts it supposedly generates by bouncing microwaves inside a cavity doesn't produce an equal and opposite action-reaction.

However, researchers from the Center for Philosophy of Sciences of the University of Lisbon, Portugal say that there might be an overlooked quantum physics concept that could make the EM Drive possible. In a study published in The Journal of Applied Physical Science International, researchers José Croca and Paulo Castro argued that the pilot wave theory could help to explain the EM Drive's impossible behavior and even make it more powerful. The same idea was put forward in a NASA Eagleworks research paper published in 2016,

"We have found that applying a pilot wave theory to NASA's EM drive frustum [or cone], we could explain its thrust without involving any external action applied to the system, as Newton's third law would require," Castro told Science Alert. According to the pilot wave theory, particles occupy an exact position at all times, which runs counter to the more widely accepted Copenhagen interpretation of quantum mechanics that says particles don't have precise locations unless otherwise observed — part of what's called the particle-wave duality.

Although the pilot wave theory has garnered recent popularity, the idea is widely dismissed by experts. For it to work, it needs the world to work in strange ways. Rochester Institute of Technology astrophysicist Brian Koberlein thinks that this new paper is "absolute nonsense." In a message sent to Futurism via email, Koberlein said that using the pilot wave theory to explain the EM Drive simply won't fly.

"[A]t its heart, the paper is creating an explanation for an effect that hasn't been confirmed. It's like saying 'If Black Panther were real, here's how vibranium could make his supersuit could work.' It's fun to play with ideas, but it isn't really scientific research," Koberlein explained. It's worth noting that the University of Lisbon researchers haven't yet tested their theory with a real device.

There's also the questionable background of the journal that published the new research. "The journal publisher is on the Beale list of predatory publishers, " Koberlein added, saying that "the paper seems to argue for a 'theory of everything' alternative interpretation of quantum physics that only the primary author and his friends work on (none of which is legitimately peer reviewed)."

In short, much of this recent discussion and speculation about a working EM Drive remains largely that — speculative. As much as we'd love to have realized a working EM Drive that can diminish travel time in space, physics itself limits its possibility. Many of those who argue that an EM Drive could work assume certain theories — like the pilot wave model — which also depend on breaking down established principles in physics. You can't break physics to prove physics.

As Koberlein previously pointed out, "The pilot wave model of quantum theory is interesting and worth exploring, but using it as a way to get around basic physics is weak tea. Trying to cobble a theoretical way in which it could work has no value without the experimental data to back it up."

Read This Next
Heady Stuff
Experiment Suggests That Consciousness May Be Rooted in Quantum Physics
Big Yikes
Turns Out Schrödinger, the Father of Quantum Physics, Was a Pedophile
Space and Stuff
Scientists Say the Universe Itself May Be "Pixelated"
Dr. Strange
Scientists Observe "Time Crystals" Interacting With Each Other
Multidimensional Cats
This Physicist Believes There Are Countless Parallel Universes
More on Hard Science
Tractor Beam
Thursday on the byte
Scientists Build Working Tractor Beam, Although It's Comically Tiny
Having a Blast
Jan 18 on the byte
New Study Shows Where You Should Hide to Survive a Nuclear Attack
Offworld Amino
Jan 15 on the byte
Scientists Find Building Blocks of Life in Meteor That Smashed Into Family's Driveway
READ MORE STORIES ABOUT / Hard Science
Keep up.
Subscribe to our daily newsletter to keep in touch with the subjects shaping our future.
+Social+Newsletter
TopicsAbout UsContact Us
Copyright ©, Camden Media Inc All Rights Reserved. See our User Agreement, Privacy Policy and Data Use Policy. The material on this site may not be reproduced, distributed, transmitted, cached or otherwise used, except with prior written permission of Futurism. Articles may contain affiliate links which enable us to share in the revenue of any purchases made.
Fonts by Typekit and Monotype.