Scientists at the time thought the theory was too complex compared to Newton's. 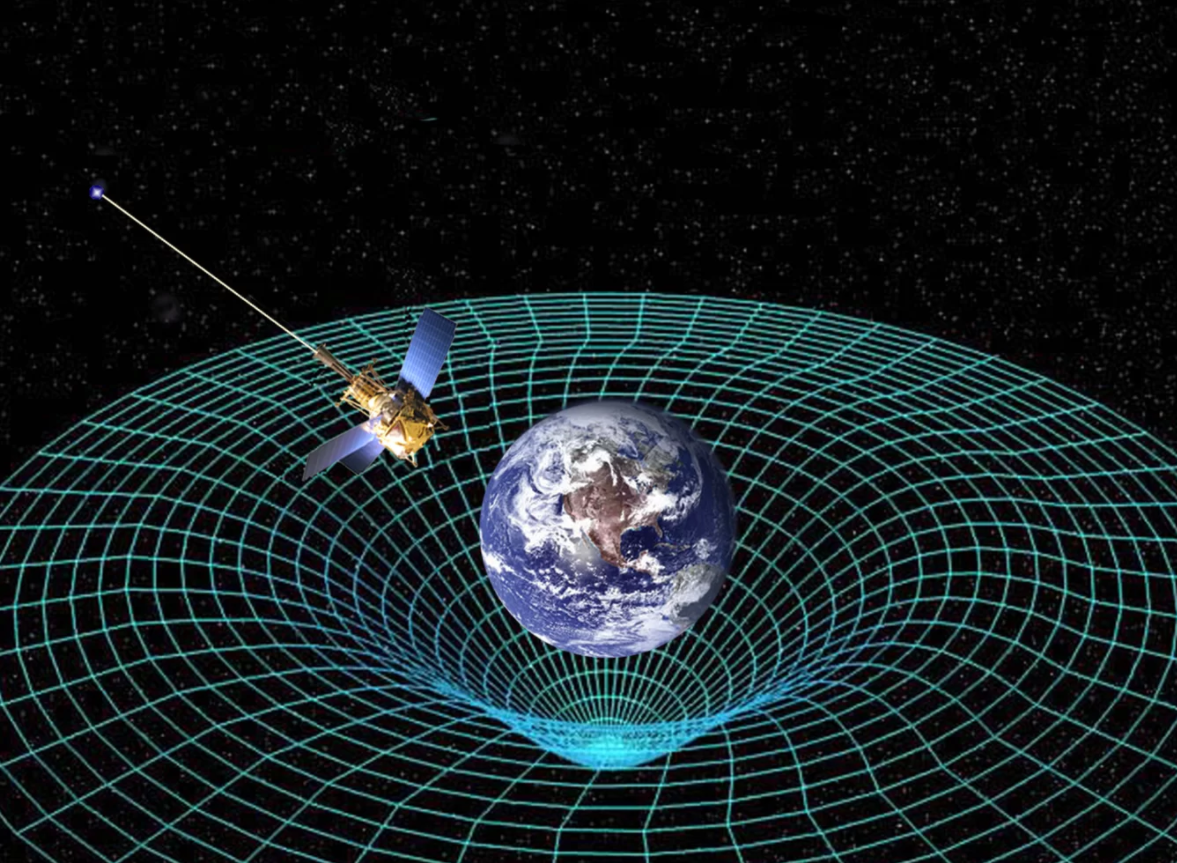 In 1915, Germany introduced chlorine gas into the ongoing horror that was World War I. It was the war to end all wars, bringing devastation that would scar a generation. But one man's mind continued to soar above the poisoned clouds as he submitted the final part of a series of papers that laid out his theory of gravitation — something he called "General Relativity."

Einstein's theory was, simply put, a mathematical equation that related gravitation with geometric aspects of spacetime. It suggests that mass effects the fabric of space and time itself, predicting a number of astronomical phenomenon.

In the years following Einstein's publication of his theory, his ideas were celebrated by the public as the battles came to an end. Leopold Infeld, who wrote The Evolution of Physics with Einstein, believed that Einstein's theory gave survivors a form of intellectual escapism after the war. He concluded that "people were weary of hatred, of killing," Ronald Clark quoted Infeld as saying. "Here was something which captured the imagination [...]. The mystery of the Sun's eclipse and of the penetrating power of the human mind."

But the theory's popularity — at least in the scientific community — quickly burned out. Researchers detailed how scientists largely ignored General Relativity between the mid-1920s to the mid-1950s in a recent paper published in The European Physical Journal H.

The researchers suggest that this was likely because scientists viewed the theory as a lot of extraordinarily complicated math that produced results very similar to those of Isaac Newton's equations — which are much simpler.

In other words, scientists thought the theory was correct, but just not that important, dismissing its broader implications. So, for about 30 years, scientists actively discouraged research of Einstein's ideas, which were "viewed merely as providing small corrections to Newtonian gravity," the researchers wrote.

That was, until the "Renaissance of General Relativity," as physicist C.M. Will dubbed it.

Much of the research that fueled this renaissance was conducted within a new branch of theoretical physics — relativistic astrophysics. This "sub-discipline" exploded onto the scene, and, by the 1970s, researchers were mining fruitful experiments from the theory of General Relativity.

Suddenly, scientists were solving previously unsolvable problems, and breakthroughs in astrophysics were radically changing our understanding of the Universe.

This dramatic shift in Einstein's theory from an interesting equation to "one of the pillars of modern physics" was undoubtedly aided by new technologies, increased research funding, and a stronger partnership between the fields of physics and mathematics. However, the researchers suggest that the renaissance represented an growth in scientists' understanding of the theory and its real-world implications.

Finding a general way to extract the physical content of the theory first became a major concern in the Renaissance years, with many papers opening with remarks concerning the difficulty of interpreting General Relativity. Only after the central issues had been resolved in the Renaissance was General Relativity applicable to any given physical problem, providing an interpretation in its own terms.

Whatever the cause, this renaissance brought with it our discovery of the existence of black holes, applications of gravitational lensing, and, most recently, the detection of gravitational waves — all of which were predicted by Einstein's theory.

Einstein died in 1955. He certainly experienced success in his time — but not all of it. Not even most of it, some would argue, because the past few decades have represented not only a renaissance in General Relativity, but in our understanding of the universe. Scientists believe, as the researchers wrote, that the future of General Relativity "will be as astonishing and revealing as its past has already been."

Even beyond these scientific discoveries, Einstein's ideas will continue, as Infeld stated, to turn "human eyes looking from an Earth covered with graves and blood to the heavens covered with the stars."

Read This Next
Quacks Like a Duck
Those Headlines About Scientists Building a Wormhole Are Total Nonsense, People
Good Samaritan
Physics Dept Gets Random Box Full of $180K in Untraceable $50s and $100s
Ripple Burst
Scientists Detect "Tsunami" of Gravitational Waves
Was Al Wrong?
New Evidence About the Universe Suggests Einstein Was Wrong
Big and Small
New Theory Throws Out Einstein's Theory of General Relativity
More on Hard Science
Having a Blast
Jan 18 on the byte
New Study Shows Where You Should Hide to Survive a Nuclear Attack
Offworld Amino
Jan 15 on the byte
Scientists Find Building Blocks of Life in Meteor That Smashed Into Family's Driveway
Triple Threat
Jan 4 on the byte
Traveling Faster Than Light Would Mean Experiencing Multiple Timelines Simultaneously
READ MORE STORIES ABOUT / Hard Science
Keep up.
Subscribe to our daily newsletter to keep in touch with the subjects shaping our future.
+Social+Newsletter
TopicsAbout UsContact Us
Copyright ©, Camden Media Inc All Rights Reserved. See our User Agreement, Privacy Policy and Data Use Policy. The material on this site may not be reproduced, distributed, transmitted, cached or otherwise used, except with prior written permission of Futurism. Articles may contain affiliate links which enable us to share in the revenue of any purchases made.
Fonts by Typekit and Monotype.