New Evidence About the Universe Suggests Einstein Was Wrong

"We may have uncovered something really fundamental about the fabric of the universe." 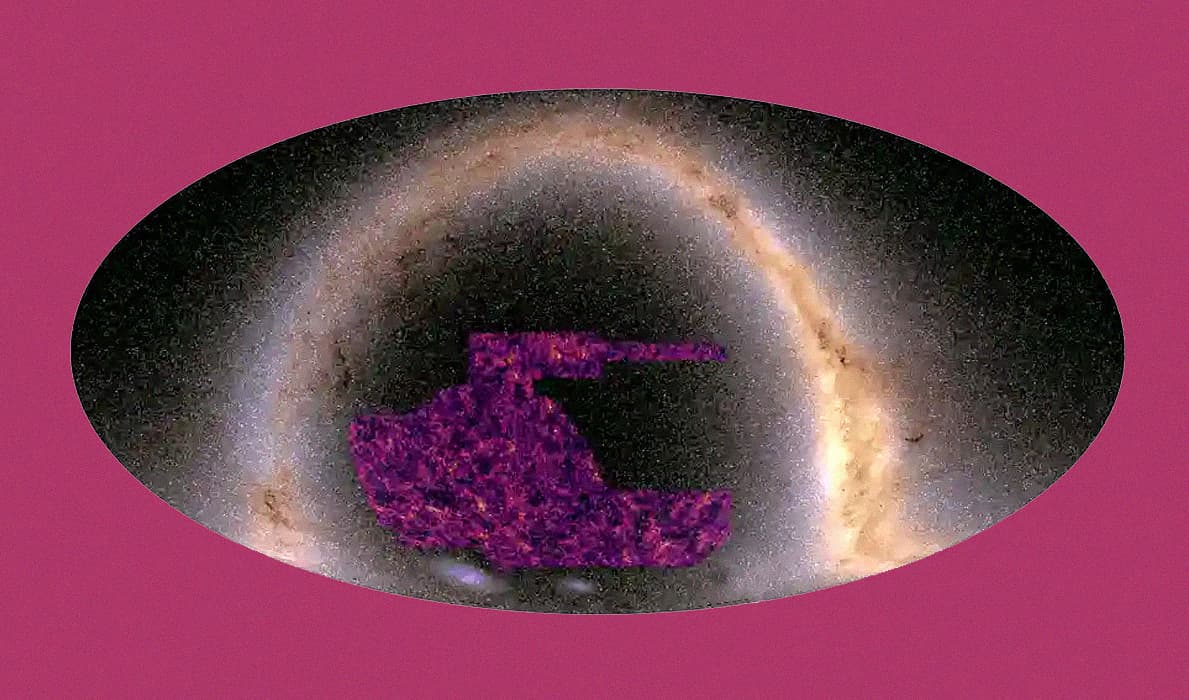 According to a new detailed map of dark matter, the universe may be smoother and more spread out than theories have previously predicted, the BBC reports.

The survey, which covered about a quarter of the southern hemisphere's sky, may serve to undermine Einstein's theory of general relativity and could potentially force us to alter understanding of the cosmos.

"If this disparity is true then maybe Einstein was wrong," École Normale Supérieure researcher Niall Jeffrey, who worked on the map, told the BBC.

"You might think that this is a bad thing, that maybe physics is broken," he said. "But to a physicist, it is extremely exciting. It means that we can find out something new about the way the universe really is."

Scientists believe dark matter makes up around 80 percent of the stuff found in the universe. Yet it is still a great mystery, as we still don't know what it is made of or how exactly it interacts with other matter.

We do, however, know that dark matter distorts light emanating from faraway stars. The greater this effect, scientists believe, the greater the concentration of dark matter present.

The new map, created by an international team of researchers at the Dark Energy Survey Collaboration, is the largest and most detailed of its kind to date. Using data collected by the Victor M Blanco telescope in Chile, the team mapped some 100 million galaxies.

The resulting map shows that galaxies make up much larger super-structures. The brightest areas are the densest areas of dark matter, made up of superclusters of galaxies. The black parts are cosmic "voids," areas where our current laws of physics may not apply.

To Jeffrey, it's an exciting new moment in our understanding of the Universe, having "unveiled vast new swathes which show much more of [dark matter's] structure," as he told the BBC. "For the first time we can see the universe in a different way."

Using theories set forth by Einstein, astronomers have been able to predict how matter has spread over the 13.8 billion years of the universe, starting shortly after the Big Bang.

Those predictions, however, are a few percent off from the new observations made by the Dark Energy Survey.

"We may have uncovered something really fundamental about the fabric of the universe," Carlos Frenk, professor at Durham University, who worked on current cosmological theories, told the British broadcaster.

With Einstein's theories building the groundwork, Frenk helped determine the spread of matter in the universe.

The new map did come as a bit of surprise.

"I spent my life working on this theory and my heart tells me I don't want to see it collapse," Frenk told the BBC. "But my brain tells me that the measurements were correct, and we have to look at the possibility of new physics."

"It seems to pass every test but with some deviations here and there," he added. "Maybe the astrophysics of the galaxies just needs some tweaks."

More on dark matter: A Blob of Dark Matter Appears to Be Floating Outside Our Galaxy

Read This Next
Dark Secrets
Scientists Just Detected the Oldest Dark Matter Ever Observed
Walled Up
Scientists Say Space Is Filled With Invisible Walls
Turn Back Time
Scientists Say There May Be a Mirror Universe in Which Time Runs Backwards
Into Darkness
Inside NASA's Bold Proposal to Probe the Mysteries of Dark Matter
Ripple Burst
Scientists Detect "Tsunami" of Gravitational Waves
More on Hard Science
Tractor Beam
Jan 26 on the byte
Scientists Build Working Tractor Beam, Although It's Comically Tiny
Having a Blast
Jan 18 on the byte
New Study Shows Where You Should Hide to Survive a Nuclear Attack
Offworld Amino
Jan 15 on the byte
Scientists Find Building Blocks of Life in Meteor That Smashed Into Family's Driveway
READ MORE STORIES ABOUT / Hard Science
Keep up.
Subscribe to our daily newsletter to keep in touch with the subjects shaping our future.
+Social+Newsletter
TopicsAbout UsContact Us
Copyright ©, Camden Media Inc All Rights Reserved. See our User Agreement, Privacy Policy and Data Use Policy. The material on this site may not be reproduced, distributed, transmitted, cached or otherwise used, except with prior written permission of Futurism. Articles may contain affiliate links which enable us to share in the revenue of any purchases made.
Fonts by Typekit and Monotype.