We still don't know what caused it. 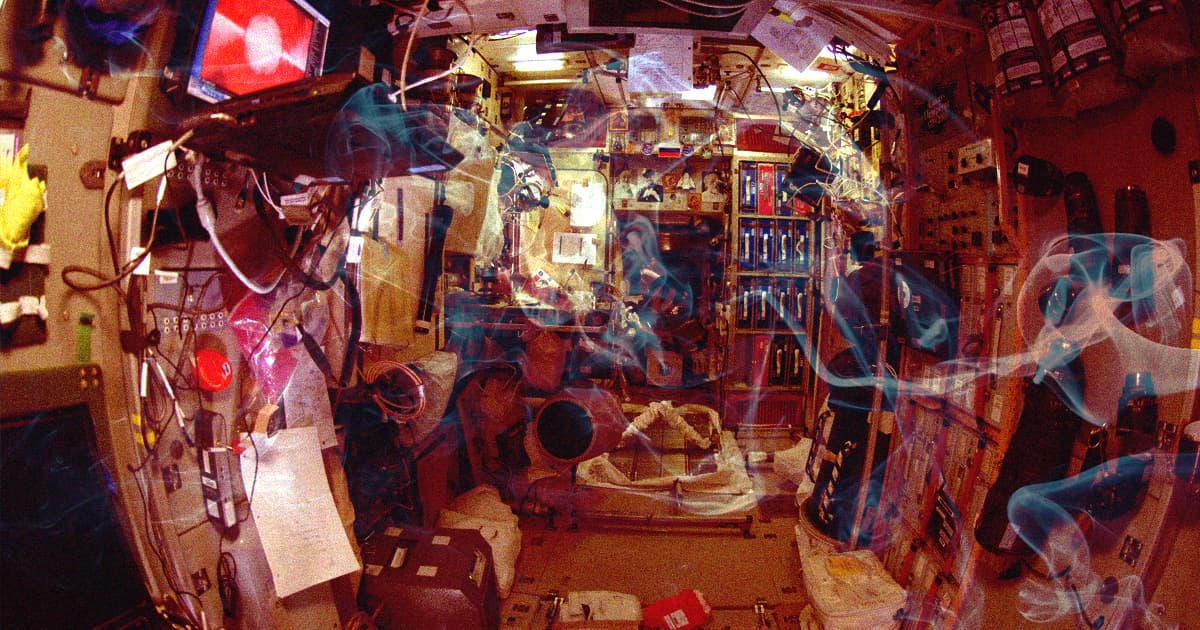 Both the fire and smoke alarms were triggered early Thursday morning on board the Russian Zvezda module of the International Space Station, according to a report by Russian state-owned news agency RIA.

The crew reportedly noticed smoke and the smell of burnt plastic — a terrifying prospect for anybody trapped inside a tiny outpost in the vastness of space. It's especially worrying considering that materials can combust at lower temperatures in microgravity, according to NASA research.

According to RIA, European Space Agency astronaut Thomas Pesquet and cosmonaut Oleg Novitsky first noticed an odor wafting in from the Russian segment around 5 am Moscow time (10 pm Eastern) — and we still don't know what caused it.

Fortunately, according to an update by Roscosmos, situation was contained, with air filters activated and crew being able to get back to bed last night.

"All systems operate normally, the composition of the air on board the station corresponds to the standard parameters," the Roscosmos statement reads, as translated by CBS News reporter William Harwood.

The incident didn't even end up postponing a space walk scheduled for today, the agency claimed.

Just last week, Vladimir Solovyov, the chief engineer of the Russian space company Energia, warned that portions of the ISS may be beyond repair.

"Literally a day after the [in-flight] systems are fully exhausted, irreparable failures may begin," Solovyov told Russian state media at the time, according to the BBC.

It's still too early to draw any conclusions, but the timing of Solovyov's comments certainly are at the least intriguing. We have yet to find the exact cause of the smoke, but if recent events are anything to go by, coming to a conclusion may take some time.

Russian authorities noted the existence of several cracks and air leaks causing air to slowly vent into open space — but both Roscosmos and NASA have maintained that crews were never in any danger.

"Superficial fissures have been found in some places on the Zarya module," Solovyov told state-owned news agency RIA late last month, as quoted by Reuters. "This is bad and suggests that the fissures will begin to spread over time."

Russia certainly seems to be ready to look beyond the ISS. On the one hand, there is a real chance that the outpost is starting to show its age. On the other, Russia's state news seems rather keen to paint the ISS as a foregone conclusion that isn't worth saving.

The country has its own plans to establish an entirely separate space station in the upcoming years.

All the while, NASA is still trying to come to an agreement with its international partners as to how to dispose of the station when its days are numbered within the next ten years.

Incidents like this certainly appear to show up more frequently as the ISS enters its 22nd year of continuous operations. What the future will hold for the outpost is anything but certain. All we can do is hope that its crews will never be in any serious danger.

More on the ISS: Picky Astronauts Refuse to Put Pineapple on Space Pizza