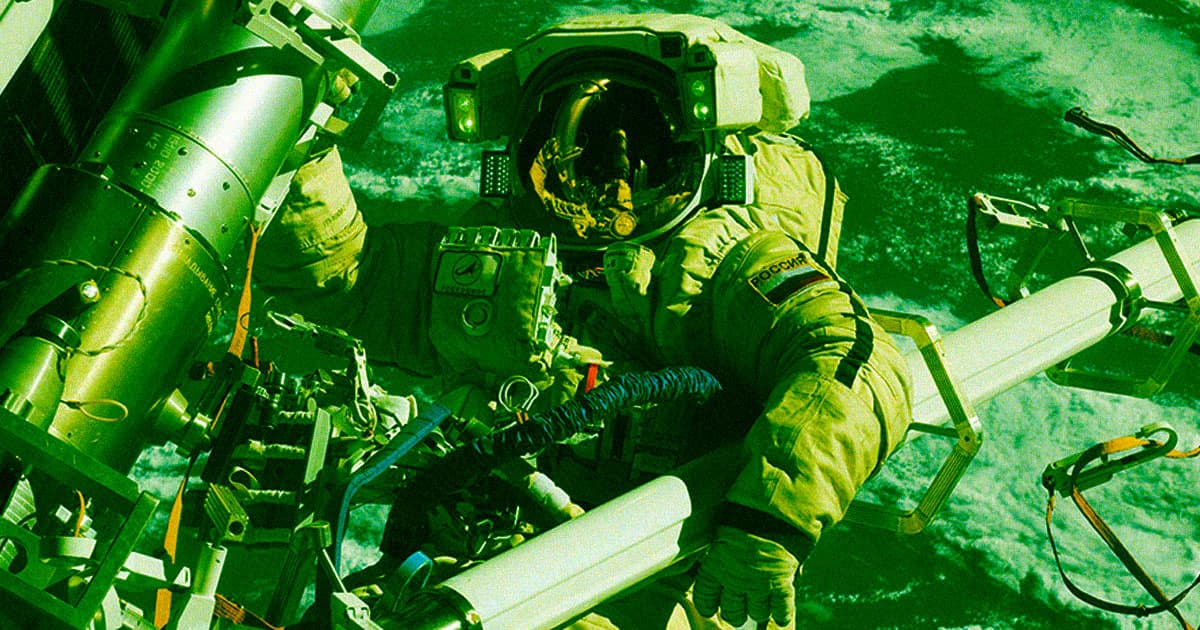 Russia Says It's Found Even More Cracks in the Space Station

"This is bad and suggests that the fissures will begin to spread over time."

"This is bad and suggests that the fissures will begin to spread over time."

Russian cosmonauts stationed on board the International Space Station have discovered several new cracks in the wall of the aging outpost, Reuters reports, and are warning that they could eventually widen.

"Superficial fissures have been found in some places on the Zarya module," Vladimir Solovyov, chief engineer at Russian space corporation Energia, told state-owned news agency RIA, as quoted by Reuters. "This is bad and suggests that the fissures will begin to spread over time."

It's yet another sign that the ISS is starting to show its age. After being permanently occupied for over 20 years, the station is starting to accumulate cracks and fissures that so far have yet to pose any significant threats to the crew stationed there — but that could change in a matter of years.

Russian space agency Roscosmos reported last month that pressure levels in the station's Zvezda service module were dropping due to an air leak.

Solovyov also noted that the ISS would likely experience an "avalanche" of equipment failures after 2025, according to Reuters.

But this week's report also has to be taken with a grain of salt. Russia is actively distancing itself from the space station's operations and has announced it will abandon it as soon as 2025.

Russia's state news has also used evidence of previously found space station breaches as a way to demonize NASA personnel — perhaps an attempt to distract from its newly arrived Nauka module causing the entire station to flip one-and-a-half times due to thrusters going rogue after docking.

The last time cosmonauts noticed cracks was also in the Russian Zvezda module. Crews were able to determine the location of the tiny cracks after over a year of careful sleuthing.

Throughout the search, both Roscosmos and NASA maintained that stationed crews were never in any danger.

But the newly discovered cracks, the existence of which has yet to be confirmed by NASA, are bad news — even if Russia is just using them to distance itself from the station's operations or justify a premature desertion.

More on cracks: Cosmonauts Are STILL Hunting Down the Damn Leak on the ISS, Russian Media Reports