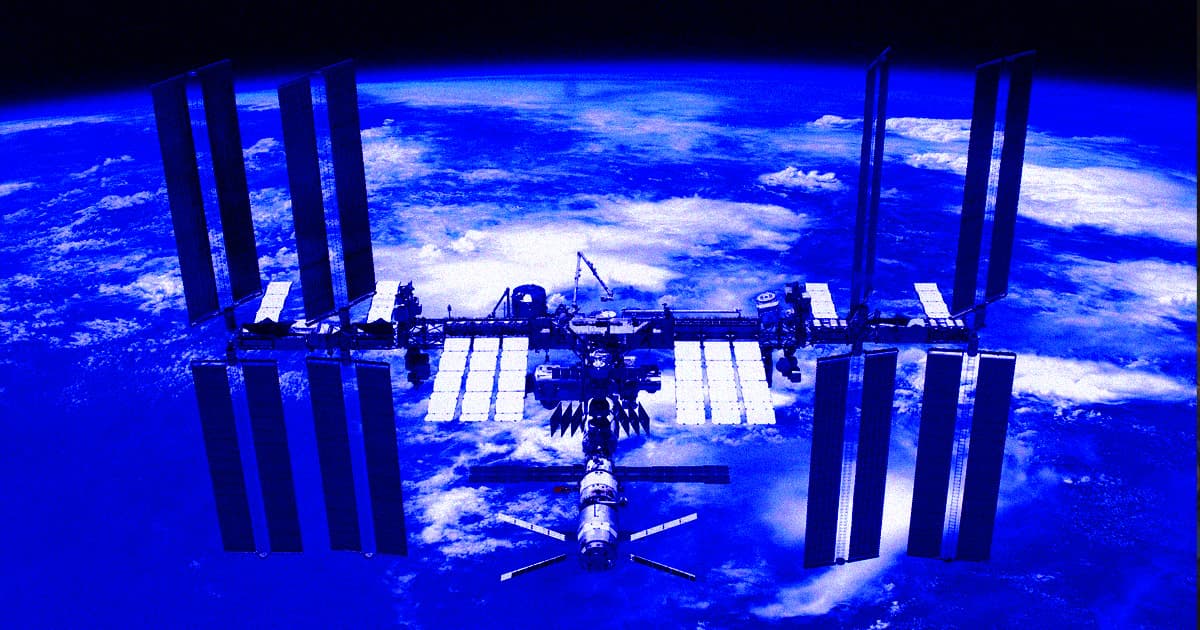 Cosmonauts Are STILL Hunting Down the Damn Leak on the ISS, Russian Media Reports

The leak was first detected in September 2019.

The leak was first detected in September 2019.

According to Russian state-owned news agency RIA Novosti, cosmonauts are still trying to identify the source of a leak causing air to escape from the International Space Station's Russian segment.

The small air leak was first detected in September 2019. Just over a year later, astronauts were able to pinpoint the leak's location, a process that involved letting loose tea float around the station's Russian segment.

In March of this year, cosmonauts used adhesives to patch two separate cracks, each not even a millimeter wide each.

But the orbital outpost continues to show its age. Despite the fixes, according to RIA's latest reporting, the Russian segment is still leaking air — albeit at an extremely low rate that doesn't appear to be putting any of the station's crew in danger.

Cosmonaut Pyotr Dubrov spent some time recently investigating the Russian segment's transfer chamber for more cracks — but wasn't able to find any using an air flow detector, according to RIA.

According to experts, the cracks were likely the cause of either metal fatigue or micrometeorites impacting the outside of the station.

While crews were forced to spend a weekend in the station's Russian segment in August while all the space station's hatches were closed for air pressure monitoring, both NASA and Roscosmos maintain that crew members never faced any danger due to the leak.

Given the station's considerable age — crews have been occupying the outpost for more than 20 years — astronauts will likely have to deal with further challenges in the future.

More on the leak: New Leak May Force Russia to Ship Oxygen to Space Station

Little Boxes
One Silly Little Detail Is Reportedly Delaying Artemis II by Years
8:35 PM
Read More
Putting Things In Perspective
Amazing Artemis Photo Shows Every Human, Alive or Dead, Plus the Moon
Nov 29
Read More
Fighting Words
Retired NASA Astronaut Scott Kelly Dishes on Ukraine, Russia, and Moon Mission
Nov 21
Read More
+Social+Newsletter
TopicsAbout UsContact Us
Copyright ©, Camden Media Inc All Rights Reserved. See our User Agreement, Privacy Policy and Data Use Policy. The material on this site may not be reproduced, distributed, transmitted, cached or otherwise used, except with prior written permission of Futurism. Articles may contain affiliate links which enable us to share in the revenue of any purchases made.
Fonts by Typekit and Monotype.