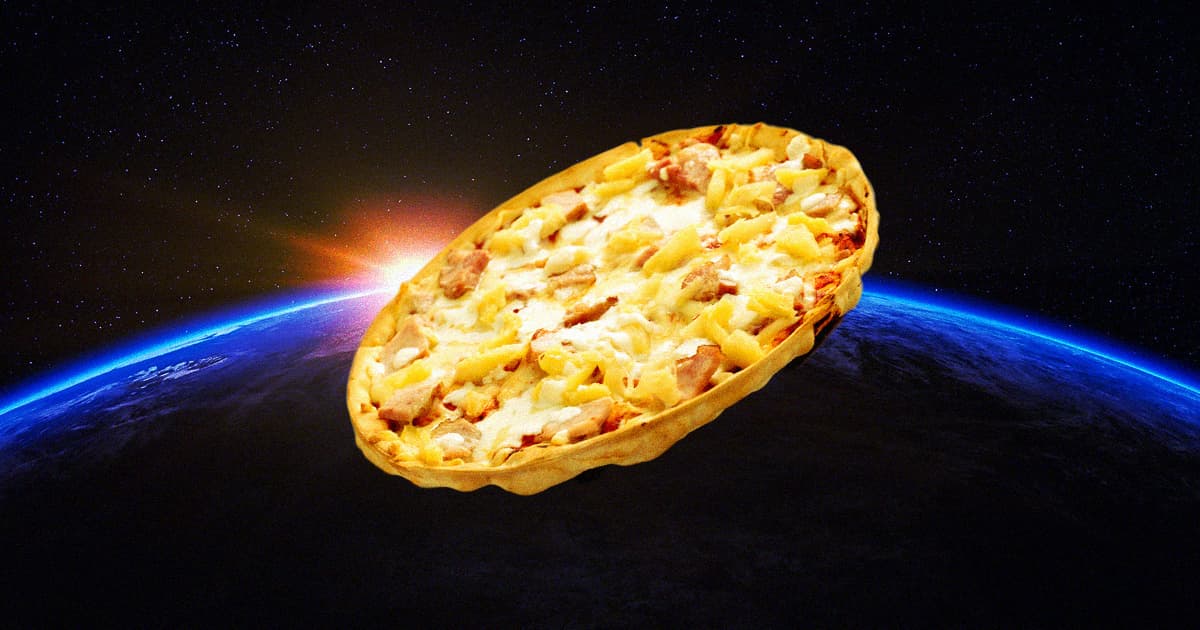 Astronauts stationed on board the International Space Station threw their own zero-gravity pizza party, as seen in a clip uploaded to Instagram by European Space Agency astronaut Thomas Pesquet.

"Floating pizza night with friends, it almost feels like a Saturday on Earth," Pesquet wrote in a caption. "They say a good chef never reveals their secrets, but I made a video so you can be the judge."

The crew was also celebrating NASA astronaut and current crew member Megan McArthur's 50th birthday. "My Space Brothers went all out: quesadillas and tortilla-pizzas with real cheese!" she wrote in a Monday tweet.

And to get ahead of possible criticism from Italians watching back on the ground, Pesquet and the rest of the team made one notable omission while topping their pizzas.

"Everything but pineapple, that would be a serious offense in Italy," Pesquet wrote in a caption of the video (though it's unclear whether the ISS has any pineapple on board in the first place.)

Hawaiian pizza is just that controversial. But then again, the pies were made using tortillas as a base. How would that not offend Italians?

The clip shows the hungry crew assembling their own single-serving pizzas — with the added complexity of having pepperoni slices and tortillas floating in mid-air.

The tomato sauce appears to be acting as the glue holding everything together, a critical aspect of making dinner in microgravity.

In all, the end result looks pretty tasty, though it's still a far cry from the kind of pizza you'd get to eat back on Earth, let alone Italy.

Fortunately, the station got its own oven back in 2019. The device, built by NanoRacks and Zero G Kitchen, was used in January 2020 to bake the first-ever cookies in space.

It's unclear whether Pesquet and crew used the "Zero G Oven" to bake their pizzas — but it's somewhat unlikely given the fact that the cookies had to be baked for several hours, according to the BBC.

Nobody has that kind of restraint, even in space.