Rumors Swirl That Mark Zuckerberg Is Fighting at a UFC Show

"I know Mark Zuckerberg rented out the whole event..." 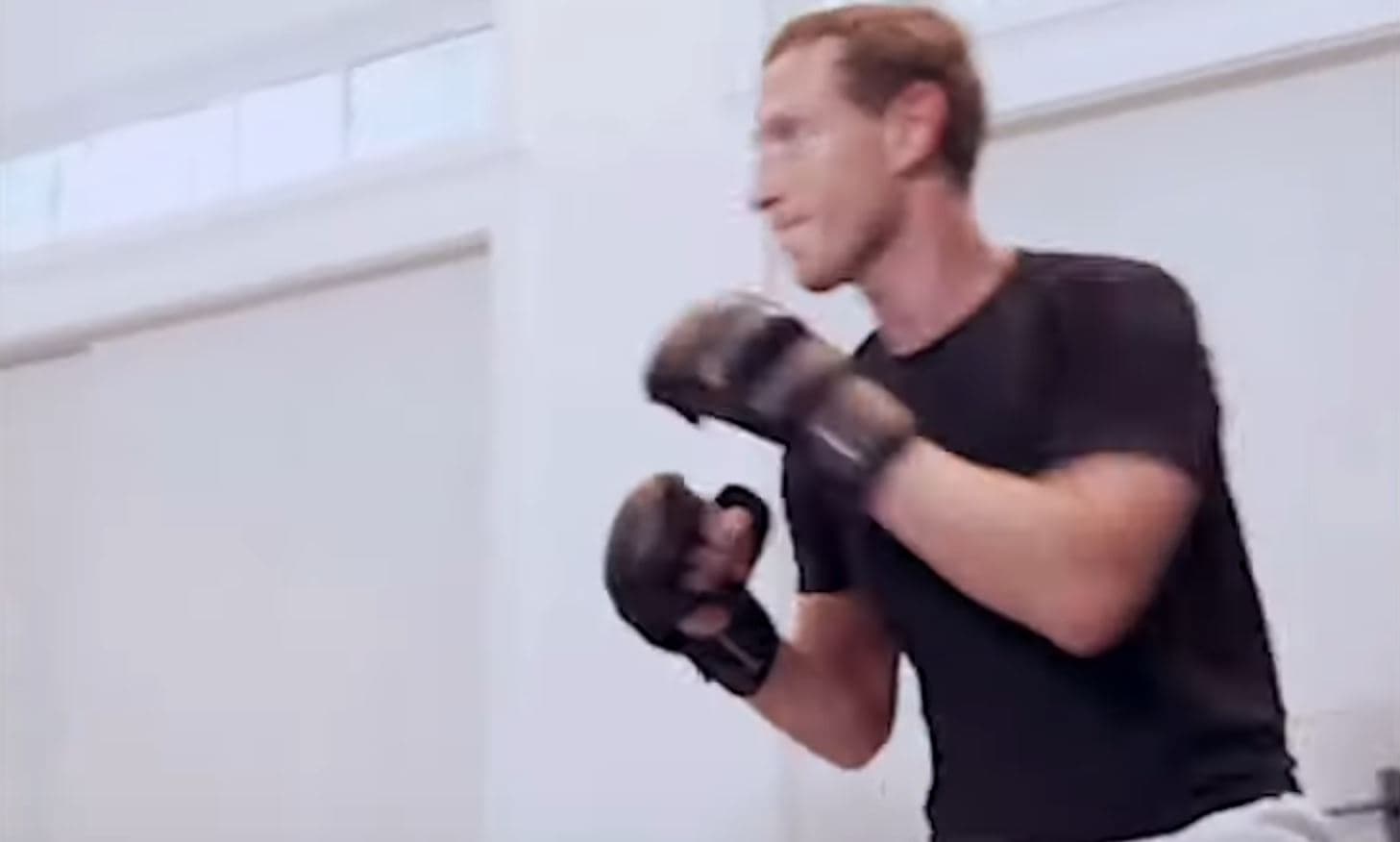 Mark Zuckerberg, Facebook-turned-Meta CEO and noted Eye of Sauron, likes to fight. We know this. He's absolutely a hobby guy, and recently revealed MMA-style sparring to be one of his wide-ranging pastimes. And we must admit, as several experts did, that he's pretty good at it.

But just because you're okay at a pastime doesn't mean that you should take said hobby to unnecessary next levels — you know, the type of next level that screams "I Am Going Through Something." And with that, let's examine the strange, swirling, and unfortunately compelling rumors that Zuckerberg... is fighting at a UFC show on Saturday?

As Vice explains, the UFC organization very suddenly announced earlier in the week that it would be closing its Saturday fight card at the Apex, located in Las Vegas, to the press and public. That's an unusual move, and UFC president Dana White didn't give a firm explanation for the closure other than wanting to give the hardworking fighting press "night off." Aw.

That story didn't hold up for long, though. On Wednesday, MMA talking head Ariel Helwani revealed on his Wednesday radio show that a "very good source, very close to the event" had said that the closure had "something to do with Mark Zuckerberg." Record scratch!

Then later that day, UFC strawweight Mackenzie Dern — who's slated to fight that night — seemingly confirmed that theory.

"I know Mark Zuckerberg rented out the whole event," Dern said at a Wednesday press briefing, adding that she doesn't really know much else but is "driven to put on a good show, for Mark and whoever's gonna be there."

So, one would imagine that Zucko might in fact be renting the Apex. But then, in a major twist, White took to Twitter to seemingly strike down those claims.

"Mark Zuckerberg did NOT rent out the UFC Apex," the UFC chief wrote in a scathing tweet. "That's total bullshit."

The UFC has yet to comment on the Zuckerberg rumor, while Meta, in another strange turn, apparently responded to Vice and ESPN requests for comment by just referring reporters to White's angry tweet. But given that Dern is the person actually scheduled to fight, she's in a position to know, and it would be strange to promote a rumor that the UFC president is aggressively denying.

And honestly, it's believable. Zuckerberg doesn't keep his many hobbies in the shadows — he loves to talk about them and seems to enjoy showing them off, though jury's still out on whether that's just a ploy to seem more relatable-slash-human. Maybe that Instagram video posted at the beginning of the month, where he spars with his trainer — and actual MMA fighter — Khai "The Shadow" Wu, was some kind of teaser?

Still, the secrecy here, especially for someone who tends to keep his hobbies and self-inflicted challenges front and center, is strange. Plus, there's the timing. This exceedingly weird UFC debacle comes after a tumultuous week for the founder, who after officially dropping from third richest person in the world to twentieth, reportedly announced a major Meta "restructuring" — and with it, layoffs and a hiring freeze. Overall it's just not been a great year for Meta, and there's something about this whole thing that, sadly, feels very Winklevoss depression band.

But that being said, Zuckerberg is nearing the promised Quest Pro launch date, so this could be another sports-related metaverse promo. Who knows. But since media isn't allowed on Saturday, we will not be watching.

Read This Next
Confrontation is Hard
Former Facebook Exec Says Zuckerberg Has Surrounded Himself With Sycophants
Virtual Signing
Sign Language in Virtual Reality Actually Looks Kinda Awesome
Zesus
Interesting Theory: Mark Zuckerberg Is Trying to Become God and Build Heaven
Make Mark Happy
Facebook Employees Seem Completely Confused by the Metaverse
Mark's Bad Year
Layoffs Hitting Facebook as Zuckerberg's Vision Stumbles
More on Future Society
Unorthodox Urinal
Friday on the byte
Scientists Say They've Figured Out the Ideal Urinal for Not Splashing Back
Abso-Effing-Lutely
Friday on futurism
Free Speech Absolutist Elon Musk Discovers That Some Speech Is Unacceptable After All
Might See Nonsense
Friday on futurism
MSN Fired Its Human Journalists and Replaced Them With AI That Started Publishing Fake News About Mermaids and Bigfoot
READ MORE STORIES ABOUT / Future Society
Keep up.
Subscribe to our daily newsletter to keep in touch with the subjects shaping our future.
+Social+Newsletter
TopicsAbout UsContact Us
Copyright ©, Camden Media Inc All Rights Reserved. See our User Agreement, Privacy Policy and Data Use Policy. The material on this site may not be reproduced, distributed, transmitted, cached or otherwise used, except with prior written permission of Futurism. Articles may contain affiliate links which enable us to share in the revenue of any purchases made.
Fonts by Typekit and Monotype.