The Silicon Valley giant's days of nonstop growth might be over. 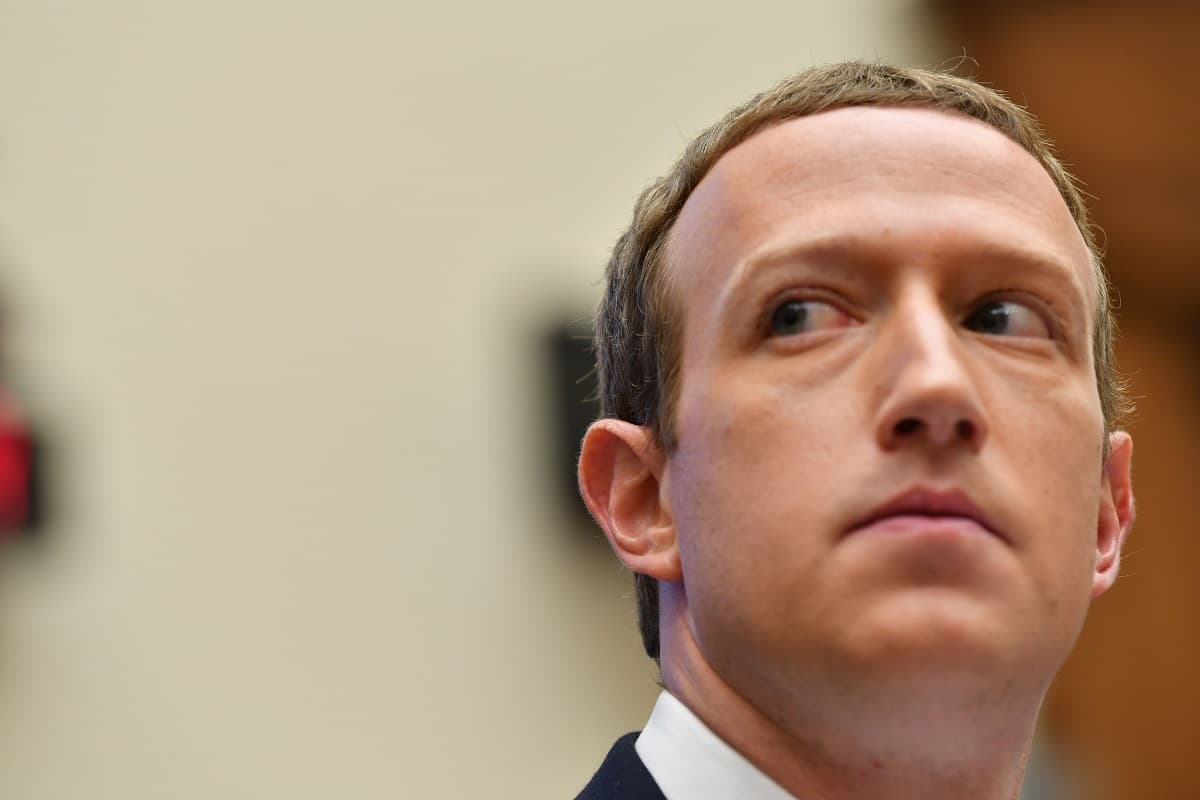 It's happening. Just days after layoff rumors began to swirl, Bloomberg reports that Facebook-turned-Meta CEO Mark Zuckerberg has, for the first time in the company's nearly 20-year history, announced a sweeping restructuring — the latest sign that the Silicon Valley giant's days of nonstop growth are over.

Per Bloomberg's sources, the cost-cutting decision — reportedly announced at the company's weekly Q&A meeting — will include an indefinite hiring freeze and what Zuckerberg carefully phrased as a plan to "manage out people who aren't succeeding."

"For the first 18 years of the company, we basically grew quickly basically every year," the founder reportedly told his staff, adding that Meta will be a smaller company in 2023, "and then more recently our revenue has been flat to slightly down for the first time."

Zuckerberg's certainly right about those "flat" financial woes. Apple's revamped privacy protections have thrown a major wrench in Facebook's data-driven business model, while TikTok, to which Meta-owned Instagram's much-hated Reels simply cannot compete, has rolled its way through the social media landscape like The Blob, sucking users away from Facebook, Instagram, and other platforms as it goes.

There's also the money pit that is Zucko's metaverse, the very expensive "North Star" that the founder has tacked his company's future to. While Zuckerberg's been clear that it would take money and time to build the augmented reality scape of his dreams, so far he has shockingly little to show for the project, at least for the amount of cash it's already consumed. With that in mind, it's not terribly surprising that he chose to tease the company's new-and-improved AR goggles just before the layoff news broke — gotta throw the investors a bone, right?

The company's steep losses are reflected in Zuckerberg's personal wealth as well. In the past year, the founder has lost a shocking $71 billion — he's still very rich, but going from third wealthiest in the world to twentieth is a big move down the ladder.

Still, according to Bloomberg, Zuck appears to be using the restructuring to direct company efforts more narrowly towards his metaverse vision and — sigh — somehow making Reels successful. And in the meantime, just like the rest of 'em, the chief metamate is apparently soothing his remaining soldiers with a spoonful of macroeconomic blame.

"I had hoped the economy would have more clearly stabilized by now," Zuckerberg reportedly said. "But from what we're seeing it doesn't yet seem like it has, so we want to plan somewhat conservatively."

Sure, to be fair, the economy isn't great. But something tells us that a square share of the blame lies with the company's strategy and execution — and its synonymous leader — instead.

Read This Next
Confrontation is Hard
Former Facebook Exec Says Zuckerberg Has Surrounded Himself With Sycophants
Virtual Signing
Sign Language in Virtual Reality Actually Looks Kinda Awesome
Zesus
Interesting Theory: Mark Zuckerberg Is Trying to Become God and Build Heaven
Make Mark Happy
Facebook Employees Seem Completely Confused by the Metaverse
Midlife Crisis
Rumors Swirl That Mark Zuckerberg Is Fighting at a UFC Show
More on Future Society
Unorthodox Urinal
Friday on the byte
Scientists Say They've Figured Out the Ideal Urinal for Not Splashing Back
Abso-Effing-Lutely
Friday on futurism
Free Speech Absolutist Elon Musk Discovers That Some Speech Is Unacceptable After All
Might See Nonsense
Friday on futurism
MSN Fired Its Human Journalists and Replaced Them With AI That Started Publishing Fake News About Mermaids and Bigfoot
READ MORE STORIES ABOUT / Future Society
Keep up.
Subscribe to our daily newsletter to keep in touch with the subjects shaping our future.
+Social+Newsletter
TopicsAbout UsContact Us
Copyright ©, Camden Media Inc All Rights Reserved. See our User Agreement, Privacy Policy and Data Use Policy. The material on this site may not be reproduced, distributed, transmitted, cached or otherwise used, except with prior written permission of Futurism. Articles may contain affiliate links which enable us to share in the revenue of any purchases made.
Fonts by Typekit and Monotype.